A New Jersey man who invited the public to “come see me” as he was filmed spitting on a Black man and using racial slurs was taken into police custody Monday as dozens of protesters gathered outside his house.

Edward Cagney Mathews, 45, was charged Friday with harassment and bias intimidation, police said, after a disturbing video showed him spewing racial slurs at people in a Mount Laurel neighborhood and challenging a responding officer’s ability to stop him.

“Get these fucking monkey n*****s outta here,” Mathews says in the video, which was shot Friday. He addresses the camera and recites his full home address. “That’s where I live. Come fucking see me … Bring whoever.”

Police were called to the neighborhood over Mathews’ behavior on at least two separate occasions on Friday, according to copies of the criminal complaints obtained by HuffPost.

During one incident documented by police, a Black woman called 911 after she said Mathews came to her front door and started shouting racial slurs at her. This followed her earlier calling police about “criminal mischief” involving her car, which she suspected Mathews was behind. Mathews left after speaking with police but returned later while walking his dogs. The woman’s doorbell camera allegedly captured him repeating a racial slur and thrusting his hips in a vulgar way towards her home while laughing.

Police were called again when a second woman said Mathews tried to enter her home while demanding to speak with her husband, who is identified as Black and the neighborhood’s homeowner’s association (HOA) board president, according to the complaint. An officer, who appears to be the one seen in the viral video, reported that Mathews was heard using racial slurs and bragging about having run other Black and HOA board members out of the community and that the police can’t do anything about it. 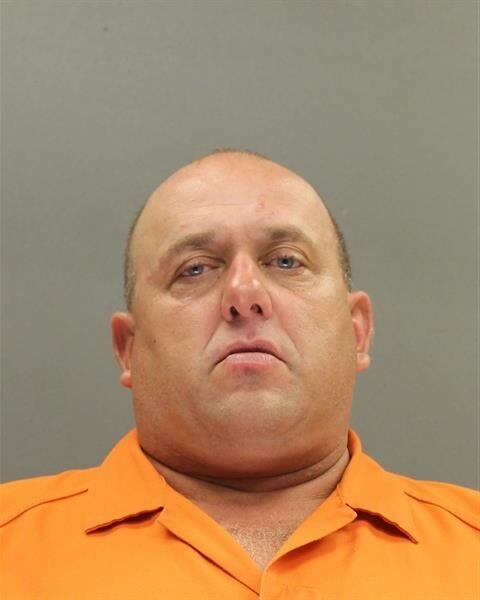 Mathews was charged Friday but was allowed release on a summons by a judge, ignoring a county prosecutor’s request for him to be held, the Burlington County Times reported.

It wasn’t until Monday, after protesters took Mathews up on his invitation to visit him at his home, that he was booked into the Burlington County Detention Center, where records show he remained as of Tuesday. This arrest follows him being charged additionally with a disorderly persons offense.

Mathews, in interviews with local media, has attributed his behavior to being drunk, and has denied being a racist.

“I’ve never been a racist,” he told NBC Philadelphia. “I’ve made mistakes. Said racial slurs out of anger or being drunk. I may not be able to relate to communities of color but I am not a racist and I have the upmost respect for us as a community.” 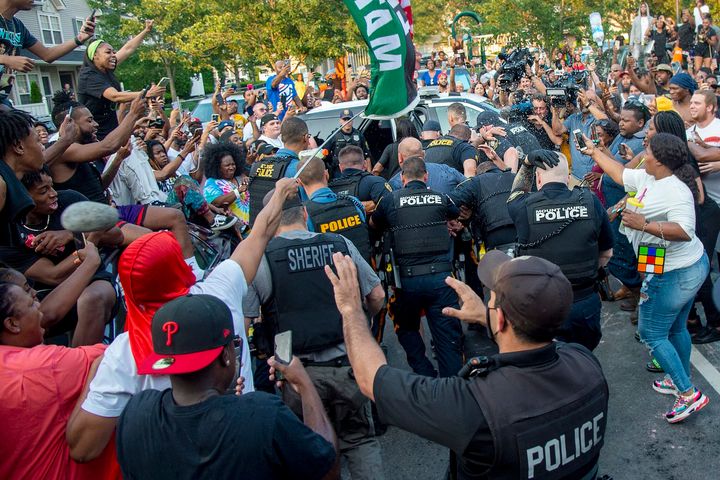 Since the video went viral, various people have come forward accusing Mathews of harassing them over the years. One woman said she was inspired by these recent events to publicly share video of a past confrontation she says she had with Mathews.

“You’re not going to get any help from the cops because they’re my people,” the man in the video ― whose identity HuffPost could not independently confirm ― tells the woman, Jazmyn Suszynski, after she says she’s going to file a complaint against him.

Suszynski, who posted the video to Facebook, told the Burlington County Times that she did report Mathews to police but it was of no help to her.

A Mount Laurel Police spokesperson told The Philadelphia Inquirer that they have received complaints about Mathews in the past, but there was never enough evidence to bring charges against him. 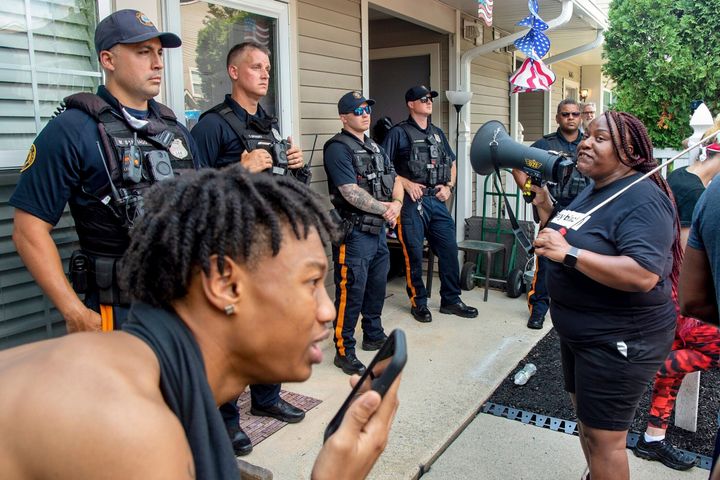 In a statement Monday, the police department said it is “actively investigating other incidents involving this suspect.”

Burlington County Prosecutor Scott A. Coffina said Mathews will likely remain jailed until his first court appearance, which is scheduled for Wednesday.

“It is difficult to overstate how vile and despicable the conduct by this defendant towards his neighbors was on Friday night. No one should ever have to deal with such hatred thrown in their face anywhere, but especially on their own doorstep,” he said in a statement Tuesday.

Coffina applauded the victims’ “incredible restraint” while dealing with Mathews but also expressed disappointment over some damage to neighborhood property that was caused by protesters. “We will be reviewing evidence from the scene and will hold accountable anyone who committed criminal acts yesterday,” he said.