“[It’s] incredible news,” the Dancing With the Stars pro, 43, gushed during an exclusive interview with Us Weekly on Thursday, January 19, while promoting his work with Unify Ukraine. “Long time coming. We’ve been waiting to have this baby for, you know, over two years now. … I cannot wait.”

Chmerkovskiy acknowledged that the road to conceive has been “very stressful” for the dancers, who welcomed son Shai in 2017. “If we’re gonna attribute, you know, certain things that happen or don’t happen to our bodies based on stress, you could understand what Peta was going through as well,” he added, telling Us that Murgatroyd, 36, is “almost halfway through her pregnancy.” 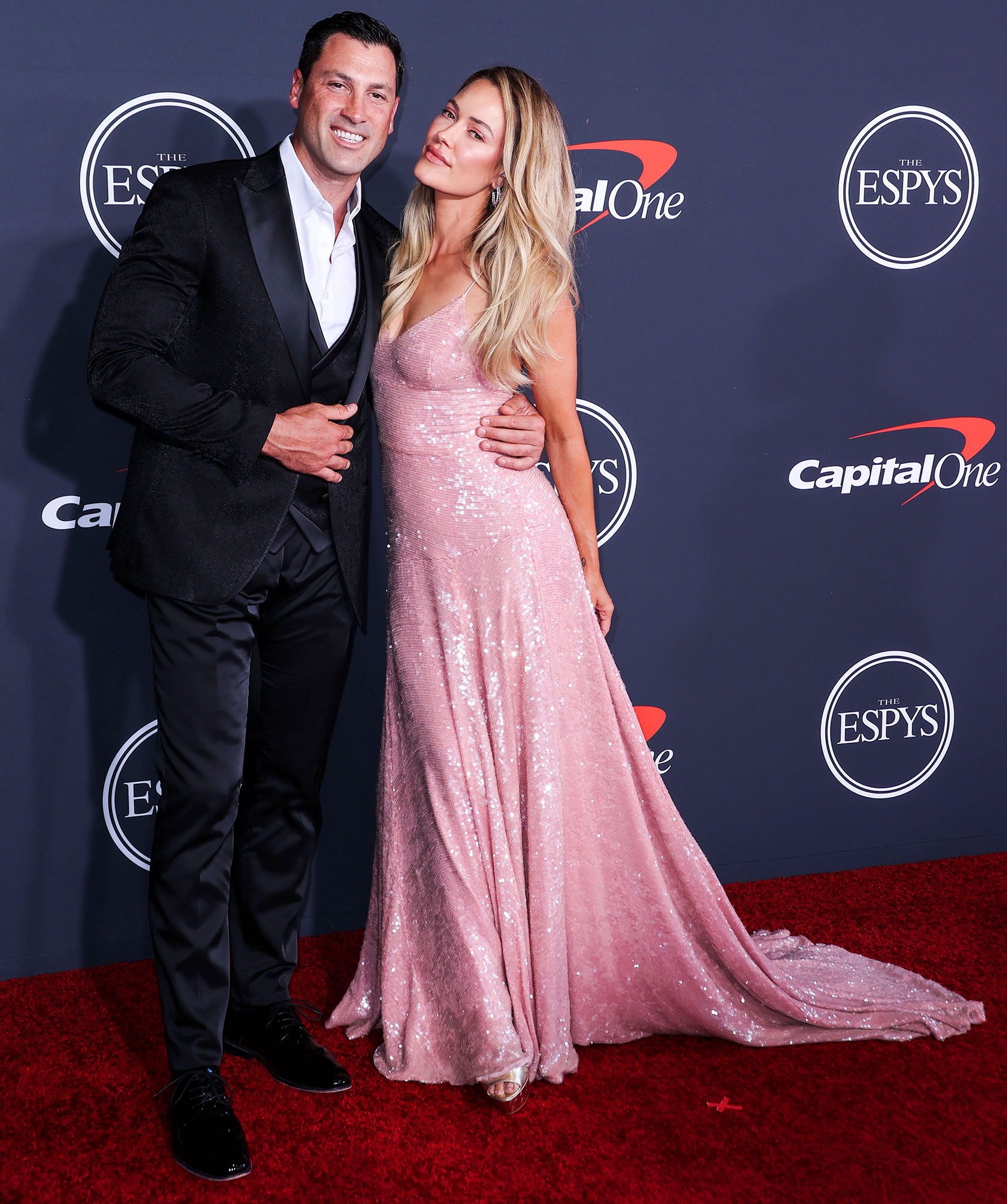 The Burn the Floor alum announced via Instagram on Friday, January 13, that she’s expecting a little one after previously struggling to conceive. “It brings me immense joy to finally announce that @maksimc and I are expecting our Chmerkovskiy #2 ❤️,” the expectant star wrote, sharing a glimpse of her baby bump. “After 2 years of constant struggle and heartache, 3 miscarriages and a failed embryo transfer … we have a healthy bun in the oven.”

Murgatroyd confessed that her pregnancy came as a “shock” to both her and her husband. “I want to thank ALL OF YOU who’ve been on this fertility journey with me from the beginning. It feels like I’m sharing this news with my extended family,” she continued. “This news has brought extraordinary bliss to our family and we have so much to be grateful for … coming June 2023.”

Celebrity Pregnancy Announcements of 2023: Which Stars Are Expecting

The ballroom pros tied the knot in 2017 and have been candid about their highs and lows through the years. In June 2022, Murgatroyd revealed she suffered several “dramatic” pregnancy losses while Chmerkovskiy was working overseas in Ukraine.

Chmerkovskiy told Us on Thursday that he was set to return to Kiev soon for a project, but he decided to postpone his plans. “I just looked at [Peta’s] face and I was like, ‘There’s no way I can go,’” he explained. “The devastation that was on her face, and the fact that I would just have to get on a plane and go into some kind of unknown [situation], is just not something I was able to do.”

As they prepare to welcome a new bundle of joy, the couple are looking forward to introducing Shai to his little sibling. For Chmerkovskiy, the infant’s arrival feels even sweeter after recently becoming an uncle to Val Chmerkovskiy‘s first baby with Jenna Johnson. (The twosome welcomed a son earlier this month.) 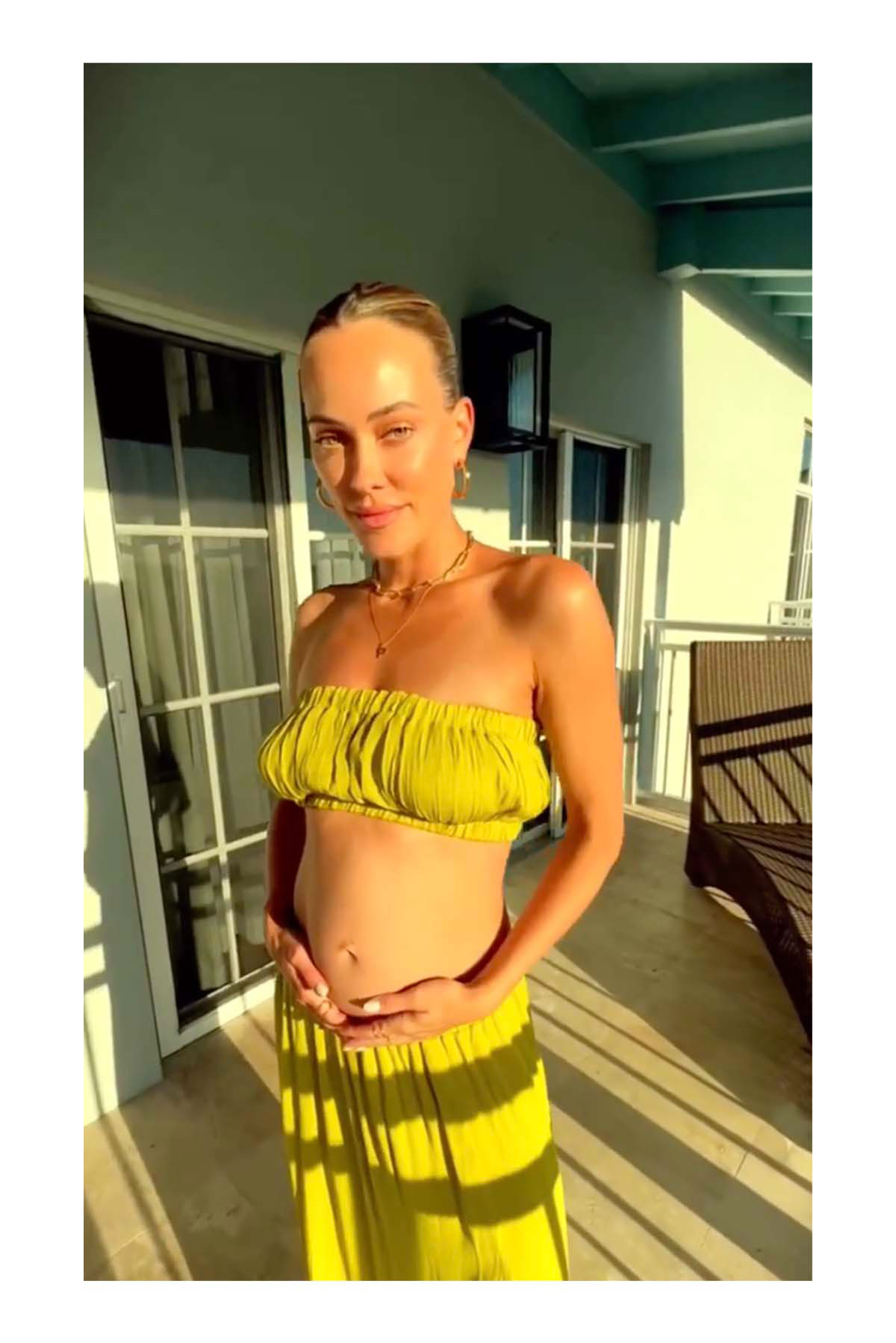 “Our kids are gonna be six years apart, which is the exact same [age] distance that Val and I have,” Maks told Us. “I have a picture where I’m holding Val when he was a newborn and I was 6, and then we put it side by side with a picture of my son, who’s 6, holding Val’s son, who’s a newborn. And it was amazing.”

‘Dancing With the Stars’ Darlings! See the Pros’ Babies

Though he’s remaining stateside for now, Maks is still working hard to help the people of Ukraine following the Russian invasion and war. The season 18 mirrorball champ teamed up with Bethenny Frankel and Unify Ukraine to show solidarity for those overseas and are encouraging fans to do the same on Sunday, January 22.

Social media users can upload a photo of a sunflower with “#UnifyUkraine” to show their support. The flower represents peace, happiness and hope.

“This hurricane is not over. We don’t know when it’s gonna end,” Maks explained. “The damage is continuously mounting, and so there’s gonna be a lot of work to do when it’s over. But in the meantime, I just need to support these people. … These are all great examples for the next generation. We’re gonna do our best.”

Watch the exclusive interview above and visit the campaign’s website to learn more about Unify Ukraine. Fans in NYC can also visit the installation of 335 sunflowers — one for each day Russia has occupied Ukrainian territory — in Flatiron Plaza from Thursday to Sunday.