Holding back. While addressing her back-and-forth with Olivia Flowers, Madison LeCroy pointed out that she originally was trying to be nice to Austen Kroll‘s girlfriend.

“I thought that Olivia calling me a homegirl, considering we weren’t friends, was kind of a dig. I’ve had nothing but nice things to say about her, to be honest,” Madison, 31, exclusively told Us Weekly while promoting season 8 of Southern Charm on Tuesday, July 12. “You guys know I’m sarcastic, but when I called her homely [it] could have been worse. I was thinking, like, homeless because I think she lives with her mom and dad.” 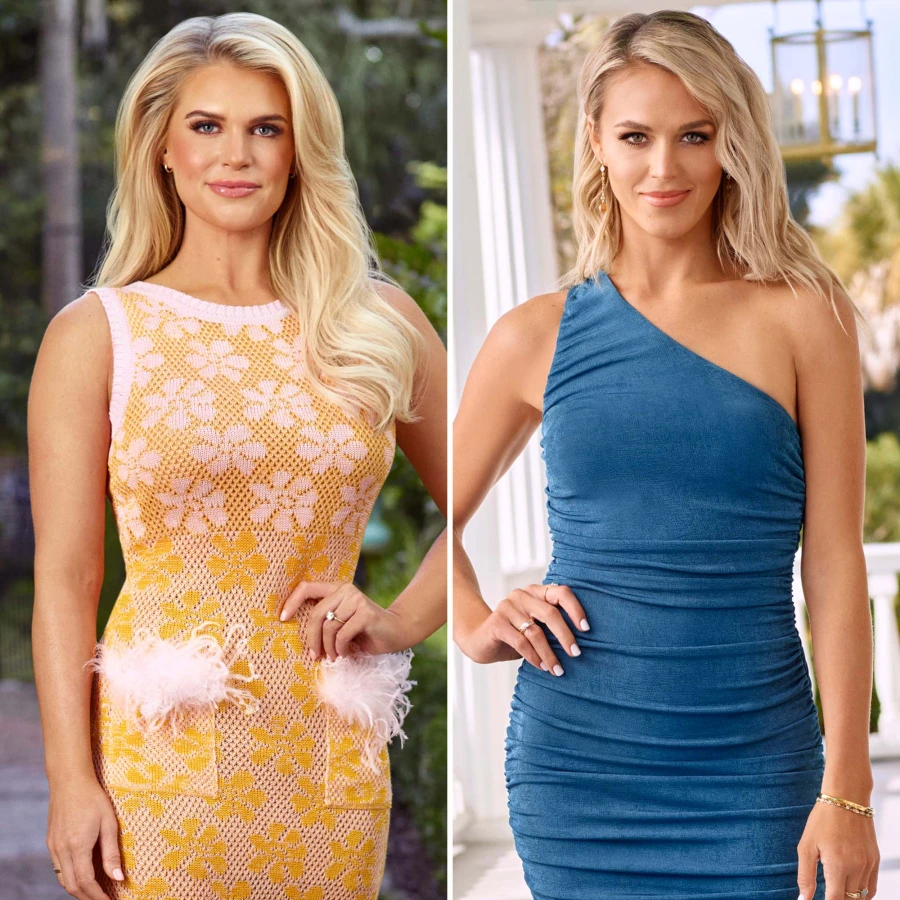 The salon owner noted that the shade “will continue” between the duo until Olivia, 30, “stops throwing it” herself. “I’m here for it,” Madison added before offering her thoughts on her ex-boyfriend’s new relationship. “I think she’s tall. There you go. I think I put her right there with Austen and I think they will be a great couple.”

When asked to clarify whether Austen, 35, and Olivia are a good match, the South Carolina native added, “Like I said, they’re both tall.”

Madison’s rocky romance with Austen was previously explored during seasons 6 and 7 of Southern Charm. The hairstylist later confirmed that the pair had called it quits after dating on and off for two years. “We are not together right now. I am 1,000 percent single, and so is he,” Madison told Us in December 2020.

The Kings Calling Brewing founder also weighed in on having to watch their ups and downs after their breakup. “I was like, ‘Austen, what are you doing?’” he shared with Us that same month. “What you’re seeing [on TV] happened back in May, June, July. People assume that we broke up yesterday.”

Following their split, Madison moved on with Brett Randle and the couple announced their engagement in October 2021 after seven months of dating. The Winter House star, for his part, showed off his romance with Olivia during season 8.

During the premiere, which aired in June, Madison and Olivia struggled to form a bond when the newcomer called the businesswoman a “homegirl.” In response, Madison took to social media to offer her thoughts on the comment. “I’d rather be a homegirl than a homely girl 😎,” she captioned an Instagram picture on June 25.

All the Drama! Celebrity BFFs Who Ended Their Friendships

Even though Madison isn’t on the same page with Austen’s new girlfriend, she has made amends with his BFF Craig Conover.

“Craig and I being friends, we weren’t really concerned about Austen at all,” Madison told Us, noting that she is also close with her costar’s girlfriend Paige DeSorbo. “I love Paige. I’m a huge fan of Paige. I talk to her pretty regularly and Craig and I go way back.”

She continued: “It’s like a brother and sister relationship. So when him and I fight or whatever it is never — I mean it got malicious [during the season 7 reunion] — but we’re good.”

With reporting by Sarah Hearon