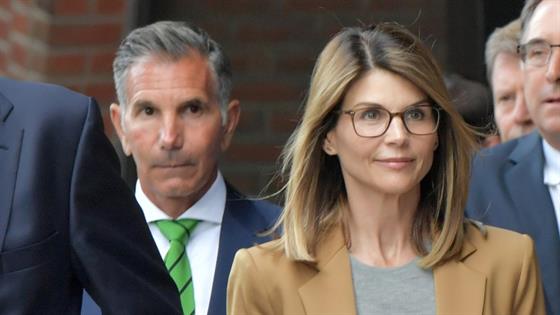 Lori Loughlin rarely makes appearance these days, and understandably so.

On April 9, it was announced the 54-year-old actress and producer was facing new legal issues in the midst of the college admissions scandal. She has been charged in a second superseding indictment with conspiring to commit fraud and money laundering.

Loughlin, along with her husband Mossimo Giannulli, are among 16 parents involved in the college cheating scam.

For those unfamiliar with the scandal, the Fuller House star, her fashion designer husband and Felicity Huffman were among over 40 individuals who were charged in connection with “Operation Varsity Blues”. The Desperate Housewives star pleaded guilty on April 8, and said she felt “deep regret and shame” over her actions.

At the time, Loughlin and Giannulli were charged with conspiracy to commit mail fraud and honest services mail fraud. But as previously mentioned, they now face new legal trouble.

Since news broke about the college admissions scandal, the 54-year-old star has kept a pretty low-profile.

While her public appearances are rare, she’s not hiding in the dark.

If you’re curious to see what the Fuller House star has been up to since the college admissions scandal broke, keep scrolling through our gallery below. 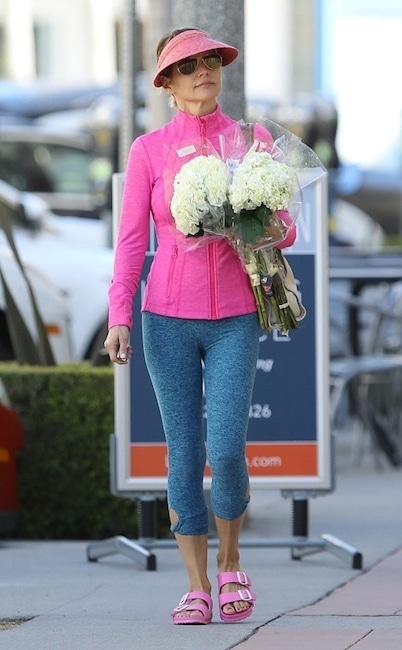 Loughlin heads for an afternoon stroll and carries a bouquet of flowers ahead of her courting hearing in Boston federal court. 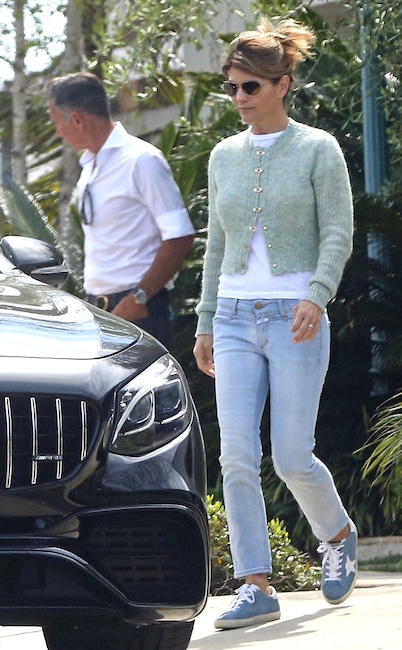 Photographed for the First Time

The When Calls the Heart star and her husband, Mossimo Giannulli, are photographed clearly for the first time since they were both indicted in the college admissions scam. 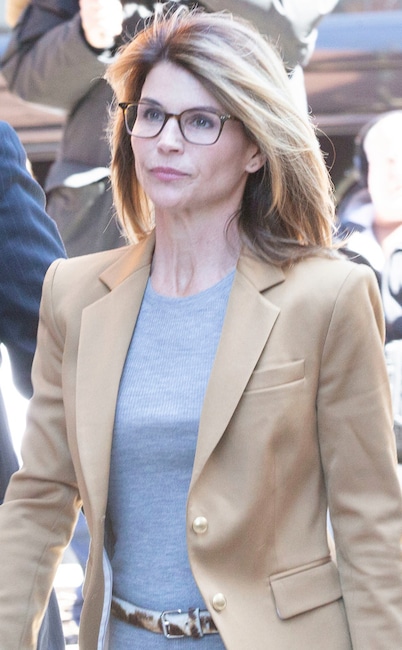 On April 3, the 54-year-old actress is back in the spotlight as she attends her court hearing in Boston federal court for her connection with the college admissions scandal. Actress Felicity Huffman is also in attendance. 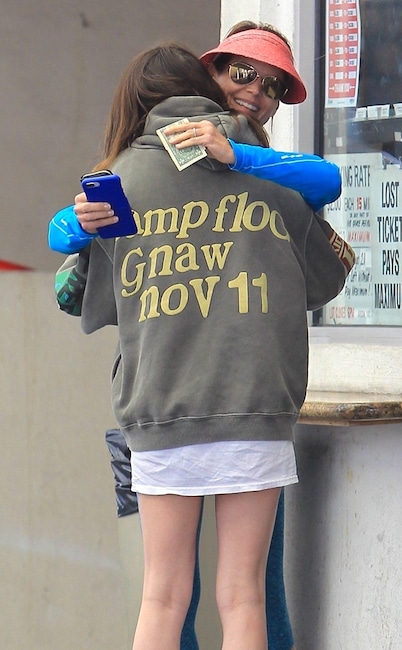 Pics With Her Daughter For the First Time

The Fuller House actress is photographed hugging her daughter, Isabella “Bella” Rose Giannulli on Friday, April 5. This marks the first time the two have been seen together since news broke about “Operation Varsity Blues.”