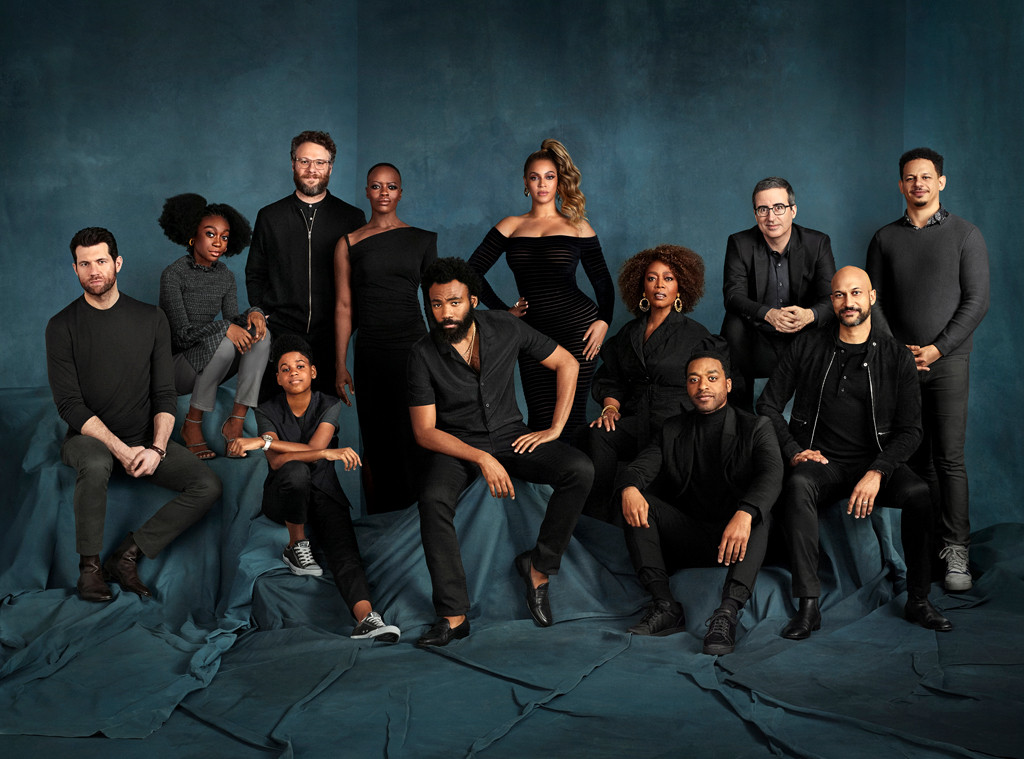 Billy Eichner and Seth Rogen are (hilariously) opening up about being in a movie with Beyoncé.

The comedic duo will voice the roles of Timon and Pumbaa in Disney’s highly-anticipated live-action The Lion King remake, set to hit theaters later this month. In addition to Beyoncé, Eichner and Rogen, the star-studded cast also includes Donald Glover, Keegan-Michael Key and Chiwetel Ejiofor. While Eichner and Rogen are known for their acting and comedy, they’ll also be showcasing their singing abilities in The Lion King. So, what’s it like being on songs alongside iconic artists such as Queen Bey and Glover, aka Childish Gambino?

“It’s about time. This is the culmination for them of so many years of hard work trying to get to our level,” Eichner jokes in a new joint interview with Rogen for Variety. “It’s really gratifying that we’ve been able to give them this opportunity.”

Bey will voice the role of Nala in the upcoming film, directed by Jon Favreau, while Glover will be the voice of Simba.

“Yeah, I feel good for them. They deserve this break,” Rogen jokingly adds. “I can’t imagine how thrilling it must be for them.”

Eichner and Rogen’s vocal talents will be heard on beloved songs such as “Can You Feel the Love Tonight?” and “Hakuna Matata,” so what was it like working on those classic tracks?

“It’s fun because you grow up with them,” Rogen tells Variety. “There was a certain exercise in my head of not being too familiar with the original version. Your first instinct is, ‘I’ll go listen to the original version and remind myself of what it was like.’ The instinct that served me better was to not do that specifically and really trust that Jon would guide me to do all the things that he thought were necessary in order to make the song hit.”

“The songs were probably one of the more intimidating parts to record in terms of having to walk this fine line of nodding to the original and certain elements of the original performances that people just love and would be disappointed not to hear again, but also finding ways to make it our own,” Eichner adds. “Especially ‘Hakuna Matata’ — that song is ingrained in people’s heads. Once you get past the first few takes, you start to fall into your own rhythm. Eventually the anxiety wears off, but that’s a big one to take on.”

The Lion King will hit theaters on July 19.

For more from Eichner and Rogen’s interview, head on over to Variety!