Lil Nas X is continuing to ruffle feathers following the release of his raunchy “Montero (Call Me By Your Name)” music video.

One reads, “I [Heart] Jesus,” followed by another message in a much smaller font: “and that one part in the ‘Montero’ music video by Lil Nas X when he gets nasty with the devil because it was a cool form of self-expression and art.”

Another cheeky style reads, “I watched the ‘Montero’ video by Lil Nas X and all I got was this lousy shirt and now I’m also gay and love Satan.” 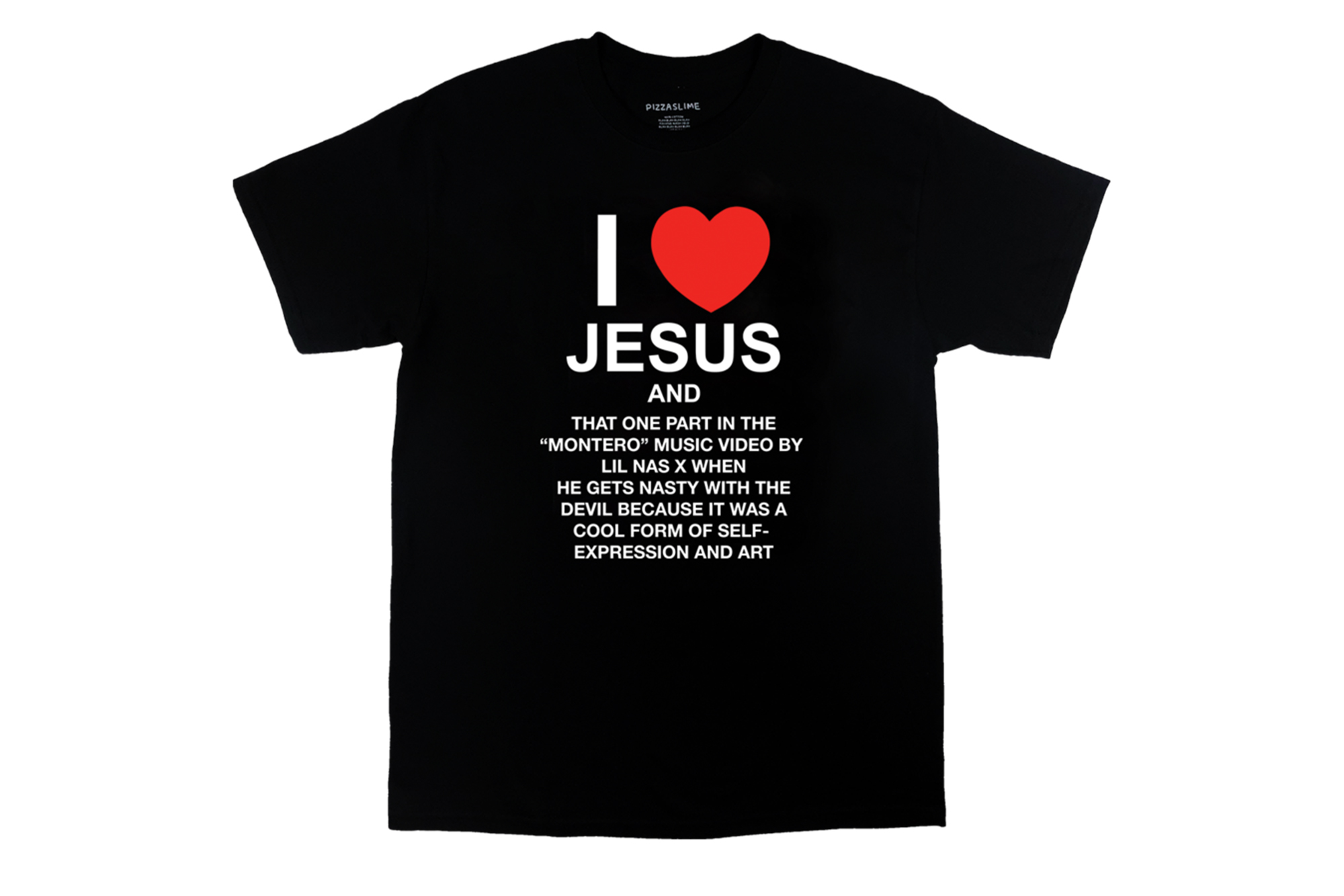 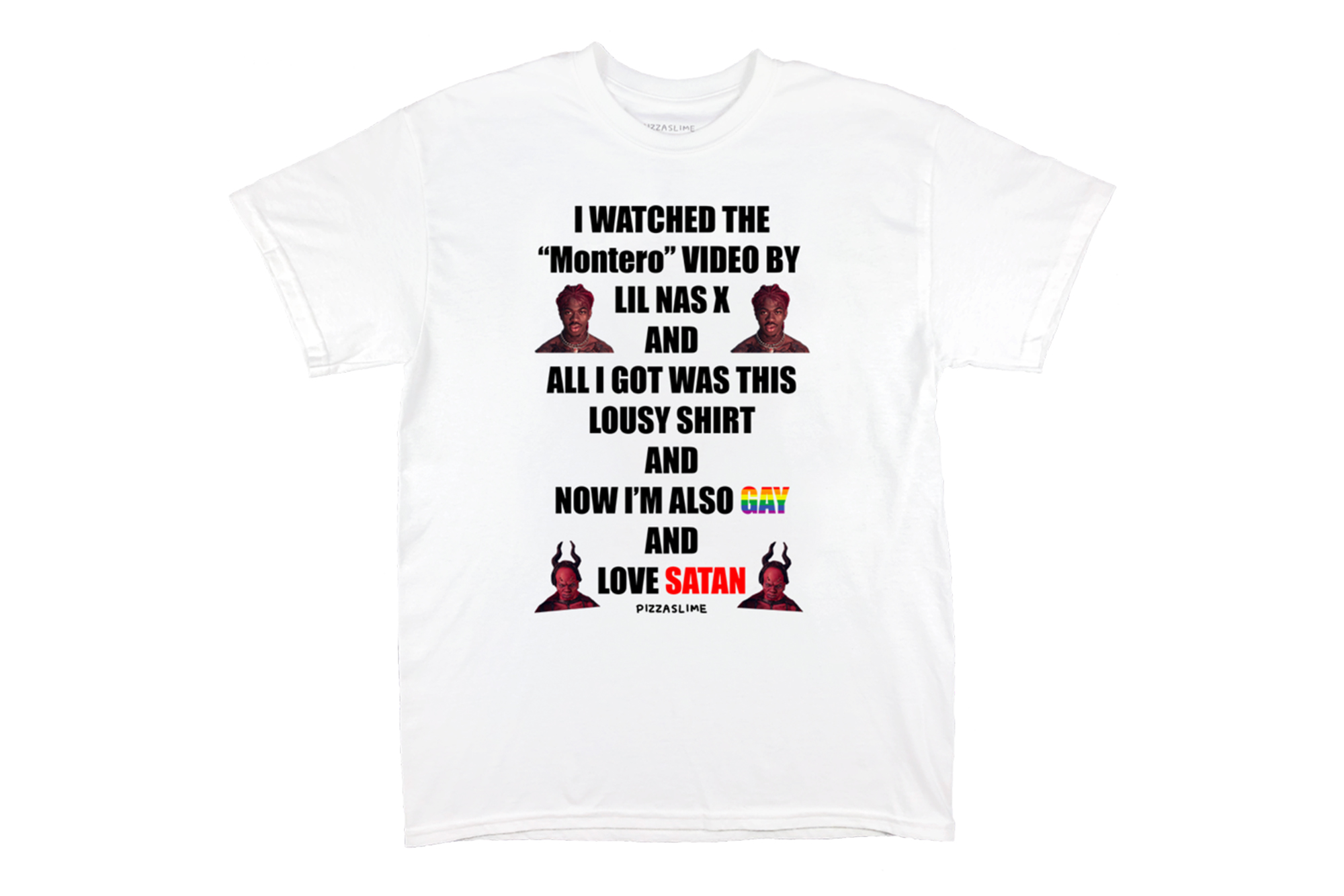 The collaboration follows the launch of Lil Nas X’s viral “Satan Shoes” created in partnership with MSCHF, which featured a drop of real human blood.

Priced at $1,018 per pair, the devilish kicks were decorated with a pentagram pendant and inverted crosses. They also had “Luke 10:18,” the Bible verse that references Satan’s fall from heaven, stamped on the side — perhaps a nod to how Lil Nas X slides into hell on a stripper pole in his “Montero” video. 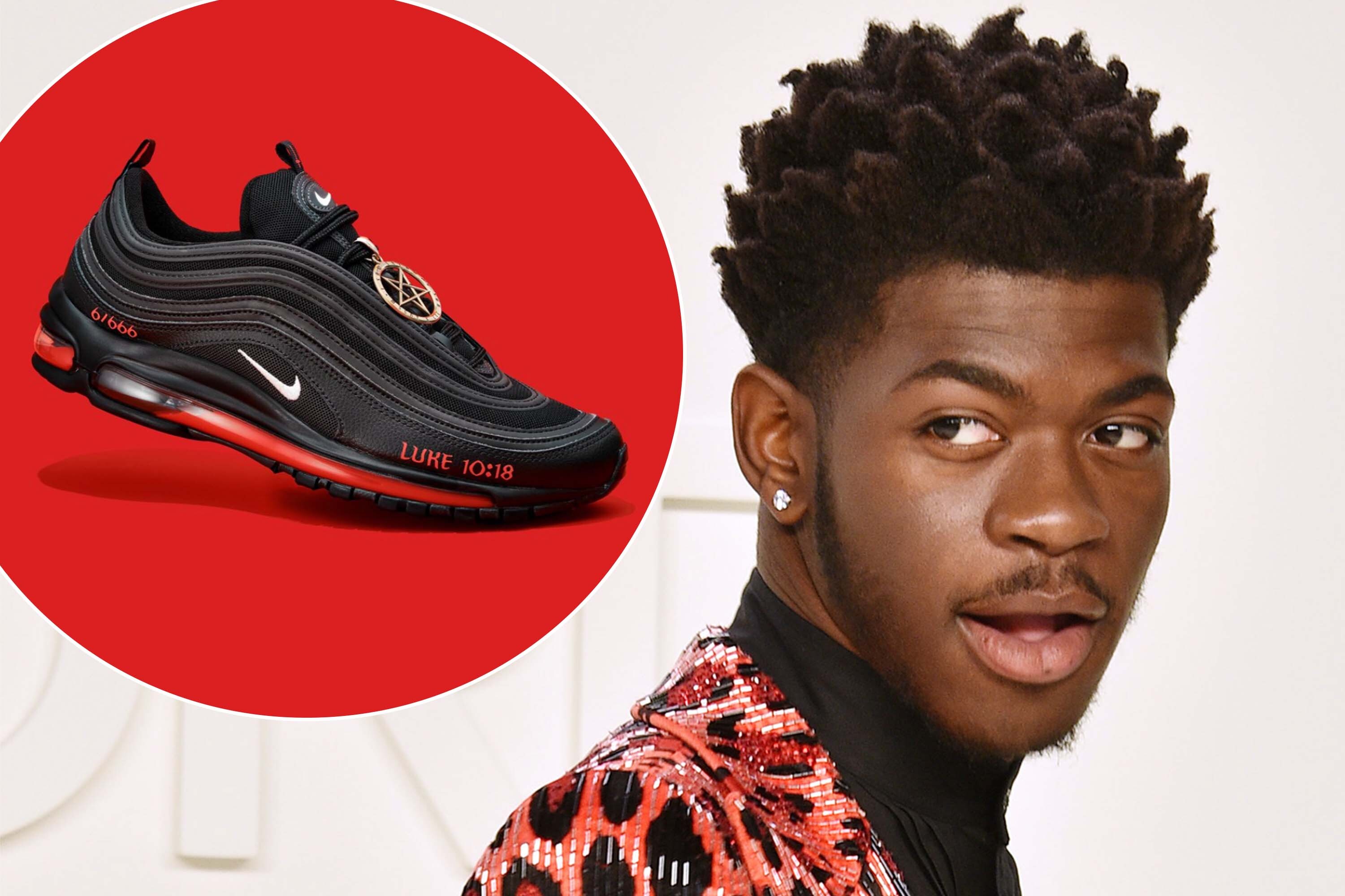 While all 666 pairs (of course) sold out in less than a minute, they also proved polarizing, with conservative politicians, athletes and parents decrying the sneakers on social media.

Nike, which was not involved in the design, even sued MSCHF for copyright infringement and asked that the sneakers be destroyed; the Brooklyn company later agreed to voluntarily recall the shoes and offer refunds to those who’d purchased pairs.