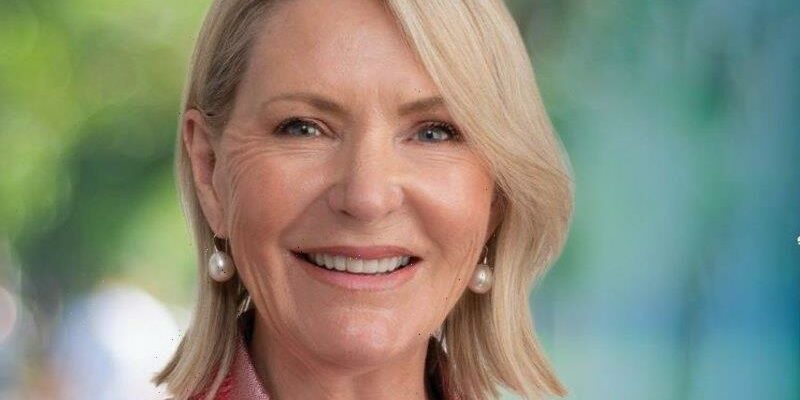 The Liberal Party’s candidate for the Melbourne seat of Macnamara, Colleen Harkin, has said that describing global warming as a climate emergency is almost child abuse, and defended the views on trans women of controversial Warringah candidate Katherine Deves.

Video recorded at a candidate forum on Sunday and obtained by The Age shows that a young woman in the audience quizzing Harkin on climate change is Anjali Sharma, the lead litigant in a landmark climate case brought by students against the Commonwealth in which they argued unsuccessfully that the government had a duty of care to young people. 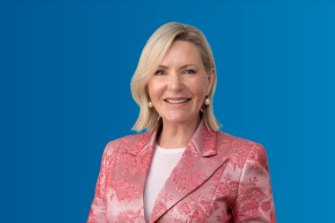 Harkin is a candidate for the seat that takes in progressive areas such as St Kilda, which has a high number of LGBTQ residents. Labor holds Macnamara with a 6.25% margin, but the Liberals came close to winning in 2016.

Responding to a question from Sharma, 17, Harkin told her potential constituents that talking about a climate emergency was doing a “disservice” to young people.

“In my view, it borders on abuse,” she said. “The earth is not going to implode next week, next month, next year … We all want a clean environment – we all want that. But to teach children that there is an emergency is nothing short of almost abuse … We have eight-year-old children who are stressed about the environment. We’ve taught them to be stressed.”

Harkin, who has been involved in the IT sector and worked for Senator Jane Hume, suggested that many young Australians could not sleep well and worried about raising children of their own because of their fear about rising temperatures and flow-on effects to living standards.

Sharma interjected that, “I’m one of those 16-25 year olds who sometimes can’t sleep at night because I see what’s happening”.

“India is in spring right now – it’s April and the temperature there is 48, 49 degrees. There are headlines saying people in Delhi and Karachi, where my family are, they can’t breathe right now. Nobody is teaching me that this is an emergency. I FaceTimed my grandma, she’s in hospital because she fainted from heatstroke last week and I see there’s an emergency. Nobody is teaching me this.”

Harkin said it would make no difference if the Commonwealth pursued the Greens’ policy of a 75 per cent reduction in emissions by 2030 because developing nations such as China and India were burning fossil fuels at increasing rates.

“Even if we went down that path, we make zero contribution to the end result,” she said. 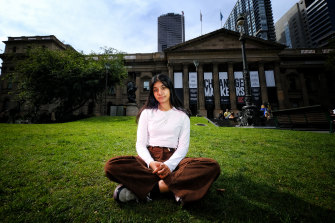 In a written statement on Tuesday, Harkin said: “I accept my language was clumsy; the point I was seeking to make was that we should be teaching our children hope, not fear.”

The former staffer who holds a master’s degree in education also told the forum that she held the same concerns about fairness in women’s sports as Deves, who is running in former prime minister Tony Abbott’s old seat of Warringah against independent Zali Steggall.

“She’s been working on the protection of women in sport for years,” Harkin said of Deves. “The challenge with this stuff is that it’s difficult for everybody and to pretend it’s not sensitive and delicate would be a lie.”

“But there are things that have to be addressed. Women in sport for example. We’ve got situations where someone has dedicated their entire life to being the best swimmer in the world and at two minutes to midnight, somebody who has transitioned who’s six foot four with shoulders this wide and feet this big can enter a female swimming race.”

Harkin went on to criticise some gender-neutral language, saying, “If you show me someone who chestfeeds a baby, I’ll show you a hungry baby”.

Incumbent Labor MP Josh Burns said Harkin , who lives in the neighbouring electorate of Goldstein and was preselected just ahead of the campaign after the original candidate resigned in March,was “parachuted” into the seat by the prime minister, but her views were “completely out of touch”. 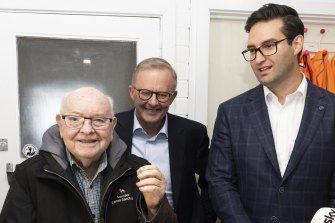 “Scott Morrison’s candidate for Macnamara, just like his candidates for Warringah, Flynn, Cooper and Bennelong, are a worrying sign of how out of touch his Liberal Party has become and the constituents of Macnamara, Goldstein, Higgins and Kooyong should send the prime minister a message on election day,” he said in a written statement.

Greens candidate for Macnamara Steph Hodgins-May, who believes she can win the seat from Labor, said Harkin’s statements were “deliberately hurtful to trans people” and argued that the Liberals’ comparison to abuse of children “insulted survivors of traumatic violence and sexual assault”.