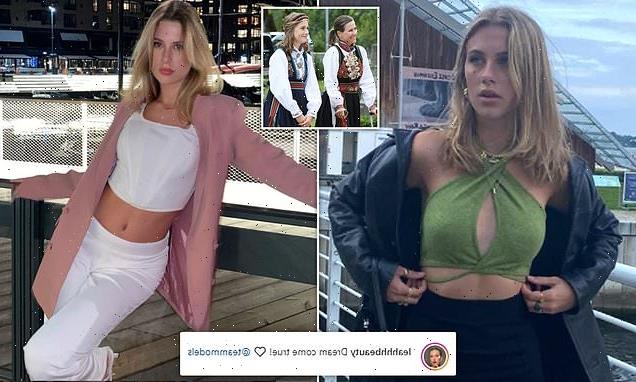 A royal model! Princess Martha Louise of Norway’s daughter Leah Behn, 17, announces she has signed to Norway’s leading modelling agency as she calls the contract a ‘dream come true’

The glamorous granddaughter of the King and Queen of Norway has announced she has signed to Norway’s leading modelling agency.

Leah Behn, 17, the daughter of Princess Martha Louise of Norway and her late husband Ari Behn,  has racked up tens of millions of views across her TikTok, YouTube and Instagram pages where she share insights into her jetset lifestyle.

The student, who is untitled and sixth in line to the throne, yesterday announced on Instagram she had signed to modelling agency Team Models, posting: ‘Dream come true!’

Her comments were quickly flooded with supportive messages from friends and family, with her mother Princess Martha writing: ‘So proud of you, my love.’ 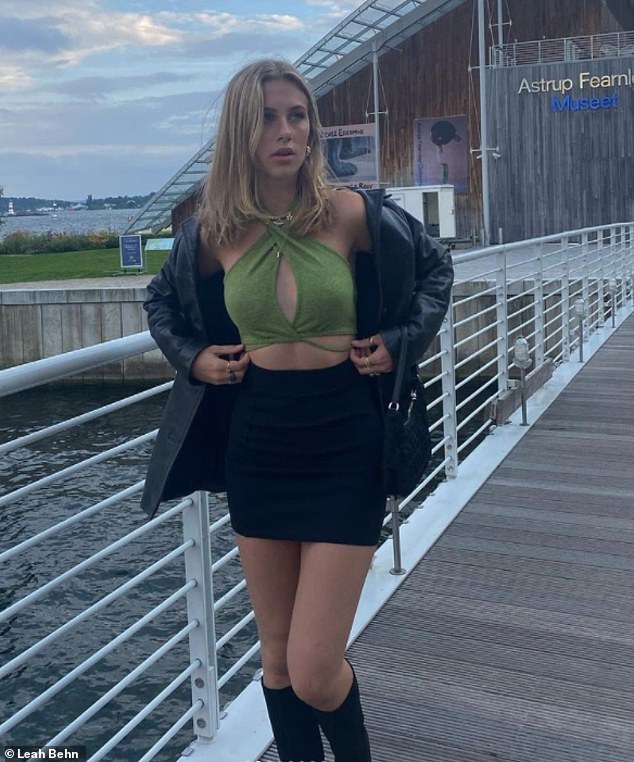 Leah Behn, 17, the daughter of Princess Martha Louise of Norway and her late husband Ari Behn, has announced she has signed to Norway’s leading modelling agency 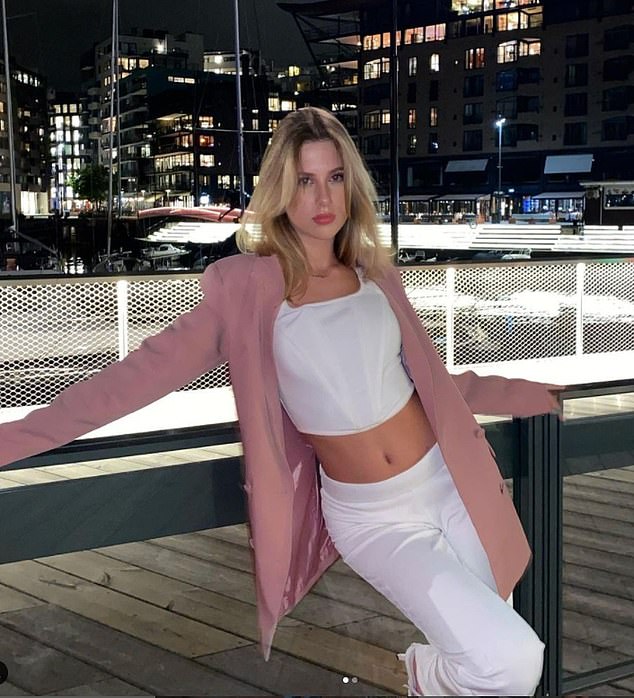 The glamorous granddaughter of the King and Queen of Norway has racked up tens of millions of views across her TikTok , YouTube and Instagram pages where she share insights into her jetset lifestyle

Her paternal grandmother, Marianne Behn, commented: ‘I am proud of you darling!’

She’s far from the first royal to have been snapped up by a modelling agency.

Lady Amelia Windsor, the Duke of Kent’s granddaughter, is signed to Storm Model Management, and has modelled for big names like Dolce & Gabbana. 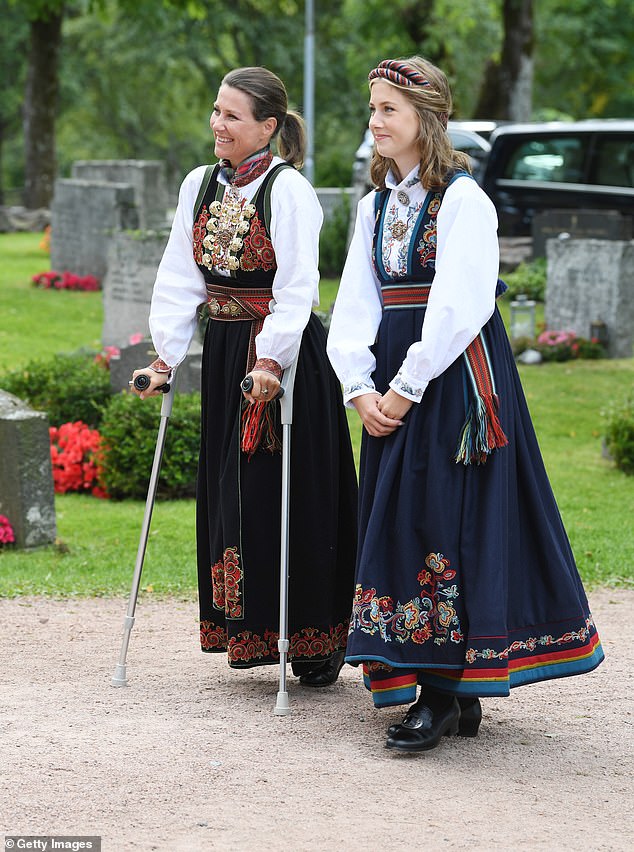 Leah, who has amassed thousands of fans online, has compared her relationship with her mother to that of Rory and Lorelai Gilmore of hit noughties show Gilmore Girls

Meanwhile Amelia and Eliza Spencer, who are Princess Diana’s nieces, are also signed to the modellling agency.

Leah has amassed thousands of fans online who have been enthralled by her posts about life away from royal duty, including sunny trips to LA and Dubai, going thrift shopping,  and spending time with her mother and sisters Maud, 18, and Emma, 13.

In one clip posted to TikTok, she compares her relationship with her mother to that of Rory and Lorelai Gilmore of hit noughties show Gilmore Girls.

The show tells the story of Lorelai, a single mother who is very close to her teen daughter, Rory, she had when she was 16. 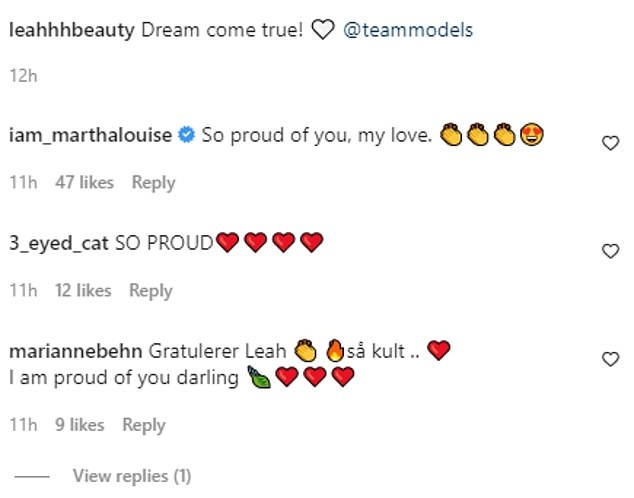 After Leah announced the news on Instagram yesterday, her comments were flooded with supportive messages from her mother, sister and grandmother

Despite being born to multi-millionaire old-money parents, Lorelai describes herself as a free spirit and rejects her family’s wealth, raising her daughter modestly.

Perhaps seeing a reflection with her own relationship, Princes Martha-Louise, 50,  is far from a stiff-upper lip royal.

She describes herself as a ‘clairvoyant’ and has previously said she wants to help people by teaching them how to talk to angels.

Princess Martha-Louise’s boyfriend, who also has a strong TikTok presence, is a bisexual Shaman who works with A-listers including Gwyneth Paltrow. He describes Leah as his ‘bonus daughter’. 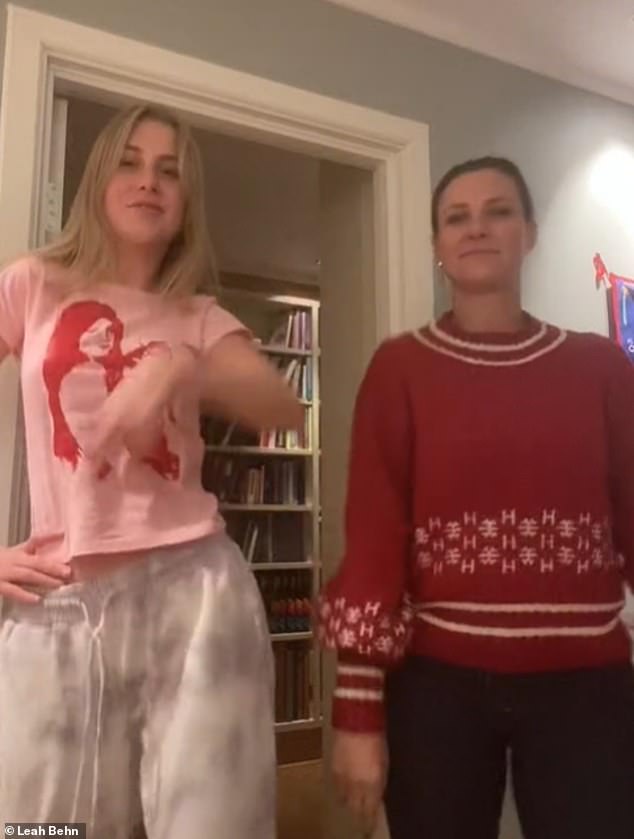 Perhaps seeing a reflection with her own relationship, Princes Martha-Louise, 50, is far from a stiff-upper lip royal and even appears on TikTok dances

Clearly close to her mother, another clip shows the pair driving together where Leah says: ‘My mum is so pretty’.

In one clip Princess Martha-Louise, 50,  who is the eldest daughter of  King Harald V and Queen Sonja, joins her in a TikTok dance.

In another, Leah quotes Gilmore Girls and shares a series of cute pictures with her mother.

‘My ultimate inspiration comes from my best friend, the dazzling woman from who I received my name and my life blood, Martha Louise,’ she mimes before quoting the speech. 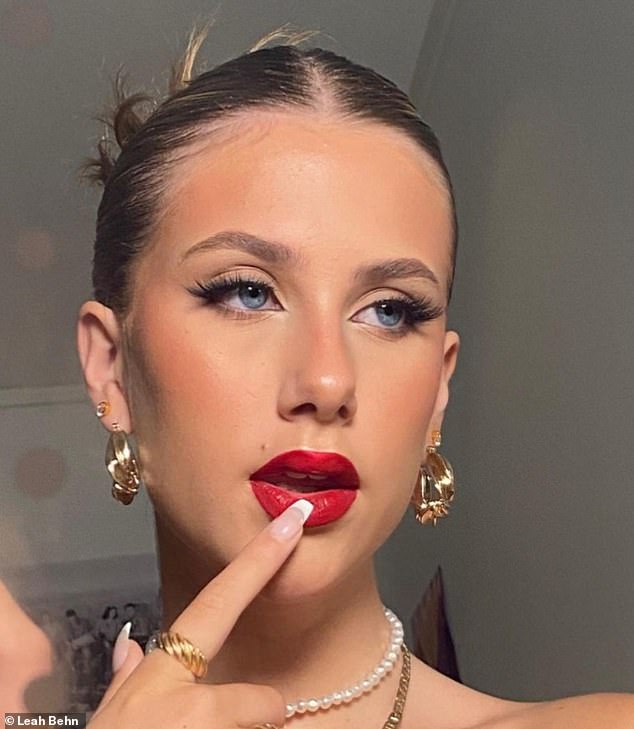 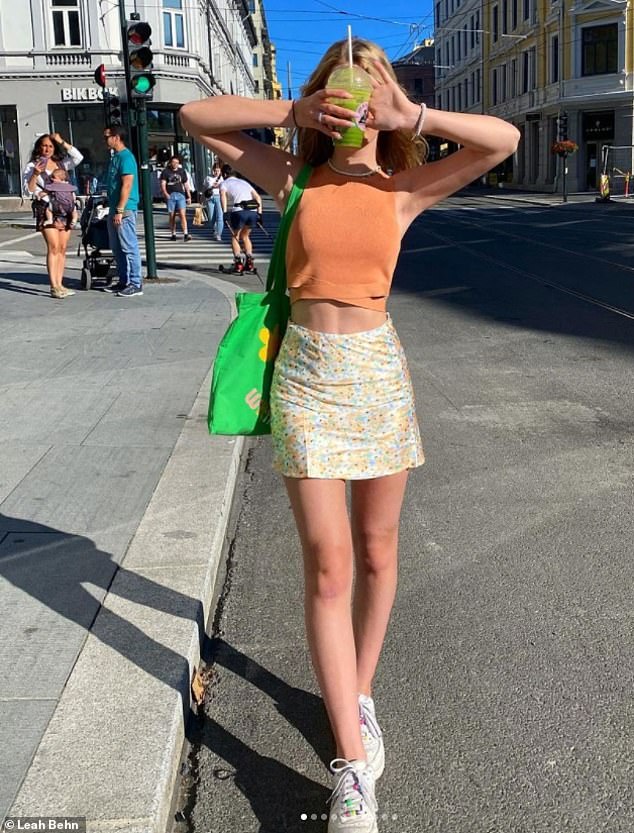 ‘She filled our house with love and fun and books and music, unflagging in her efforts to give me role models from Jane Austen to Eudora Welty to Patti Smith.

‘As she guided me through these incredible eighteen years, I don’t know if she ever realized that the person I most wanted to be was her,’ she audio says.

Outside of snaps with her family, Leah has also posted dozens of outfit, make-up and fashion tutorials. 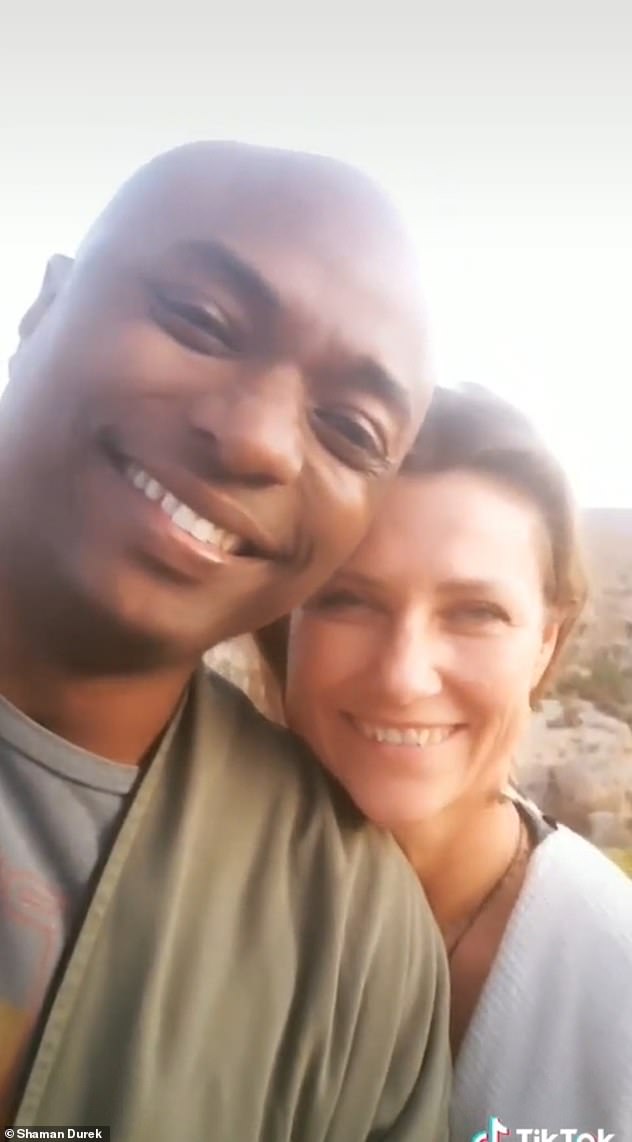 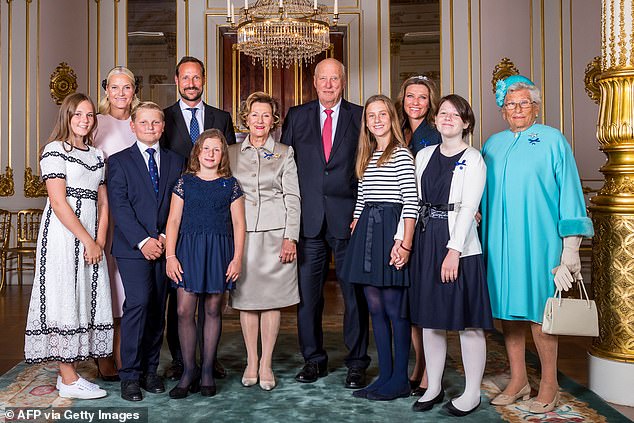 Last year, she won ‘beauty influencer of the year’ at the Vixen Influencer Awards – which highlights the best influencers in Norway.

She sites Emma Chamberlain among her inspirations, and made her red-carpet debut last year at a Kylie Cosmetics event in Oslo.

‘I had this kind of palette make-up stuff for little kids and wanted to put tiaras on my head. And then I’ve been interested in beauty and fashion all my life,’ she previously Newsbeezer.

A Vlog on her YouTube page shows her playing pool, playing Cards Against Humanity and having brunch at the celeb hotspot, the Beverly Hills Hotel.

Martha Louise, is the only daughter and elder child of King Harald V and Queen Sonja, is dating Shaman Durek — a Los Angeles-based ‘spiritual guide and gifted healer’ whose celebrity following includes Gwyneth Paltrow, Nina Dobrev and James Van Der Beek. It is thought the pair haven’t seen each other since Christmas.