Radio and television presenter Lauren Laverne has expressed her frustration on Twitter after her grieving mother was told she must pay £200 more a year in car insurance because she’s now ‘single’.

Laverne recently revealed that her father, Dr Leslie Grofton, a respected sociology lecturer, had died on November 24th and on Friday she made it clear that the price hike on her mother’s policy had caused the family further upset.

She wrote: ‘Mam called her car insurance people to say Dad had died, and they put her premium up by £200 a year because she is “single” (and presumably a girl racer??) Merry Christmas!’ 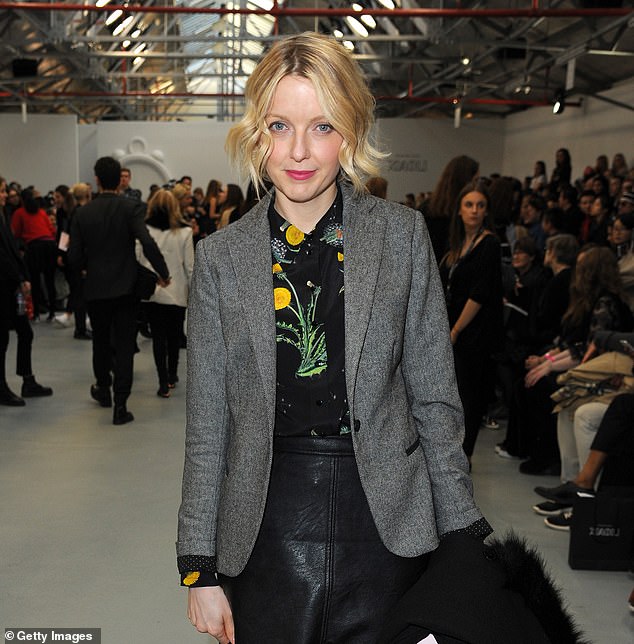 The Desert Island Discs star, 40, told followers on Twitter that her mother Celia had been asked to pay £200 a year more on her car insurance policy after the recent death of Laverne’s father Dr Leslie Grofton 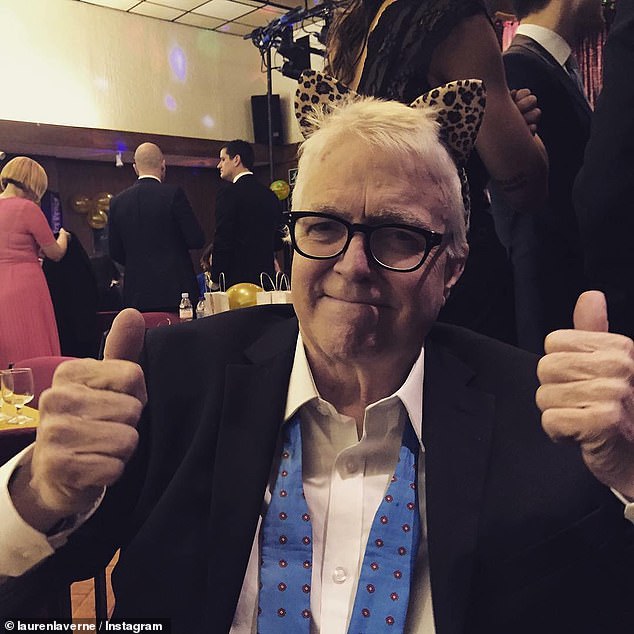 Laverne’s father, a respected university lecturer, died on November 24th and when his wife Celia informed her car insurance company, they demanded £200 more a year

The tweet has sparked a flurry of outrage on the family’s behalf with many people asking Laverne to name and shame the company involved.

Among those who tweeted was Nigella Lawson; the domestic goddess wrote: ‘I’m so sorry for your loss. A platitude, but deeply meant. These people!’

Lots of people shared similar experiences: @minicheddar1975 wrote: ‘My condolences. When I called to cancel my parents holiday (after dad suddenly died) the person asked why my mum couldn’t take someone else on holiday with her…erm, her husband had just dropped dead at 59 and she wasn’t really in the mood for a holiday!’

@lexiconmistress added that she also felt the struggle of being deemed ‘single’. She wrote: ‘Actually, as someone whose husband died recently too, I am not single and do not describe myself as single. Morally, legally, emotionally I am still married. He just can’t be in the room with me any more.’ 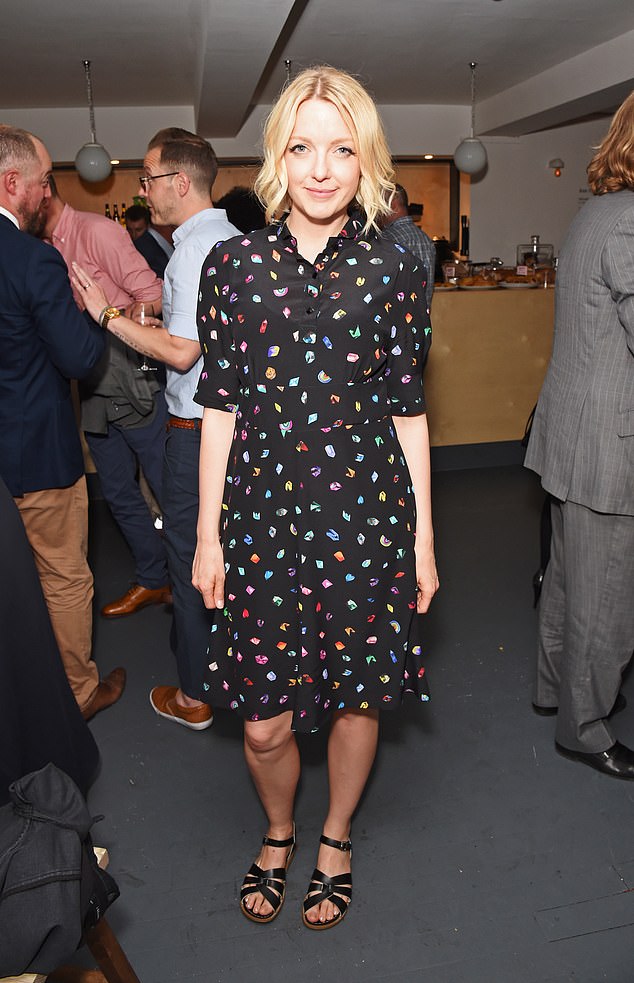 Hundreds of people, including Nigella Lawson, have tweeted their support to the presenter, who recently took over from Kirsty Young on Desert Island Discs 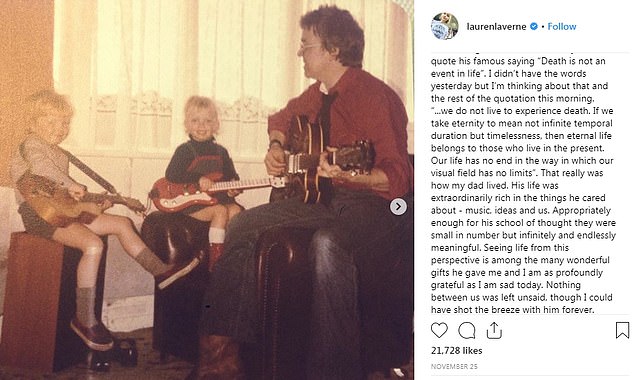 Others asked Laverne to broadcast the company so that others would be wary.

@Prettytwitten added: ‘Please name the insurance company so we can applaud them for their sympathy.’

@pauljfranklin said: ‘We’ve been through a very similar experience in the last couple of weeks – it’s astonishing how they profit off stuff like this. Very sorry for your loss.’

Laverne announced the loss of her father on Instagram on November 25th, saying: ‘His life was extraordinarily rich in the things he cared about: music, ideas and us.’

The star said support from well-wishers on social media was helping her to cope with her father’s death.

In August this year, it was revealed Laverne was taking over from Desert Island Discs hosts Kirsty Young, after the radio presenter revealed she is battling pain condition fibromyalgia.