Compare and contrast! Lauren Lane (née Bushnell) and Chris Lane welcomed their son, Dutton, in June — and the little’s one arrival has had an effect on their marriage.

“I don’t know if it’s been, like, a strain, but there [have] definitely been times where I’ve had to apologize or he’s had to apologize,” the Bachelor alum, 31, exclusively told Us Weekly of parenthood while promoting her Lauren Lane X Sonomo Goods for Life collection on Wednesday, October 20. “For instance, he was touring a lot about a month ago and when he got back, I left him alone with Dutton for a couple of days just running errands, trying to get my work done. And he was like, ‘Oh, my gosh, I knew it was hard, but I didn’t fully know. So I’m so sorry that I was traveling. I feel so bad.’” 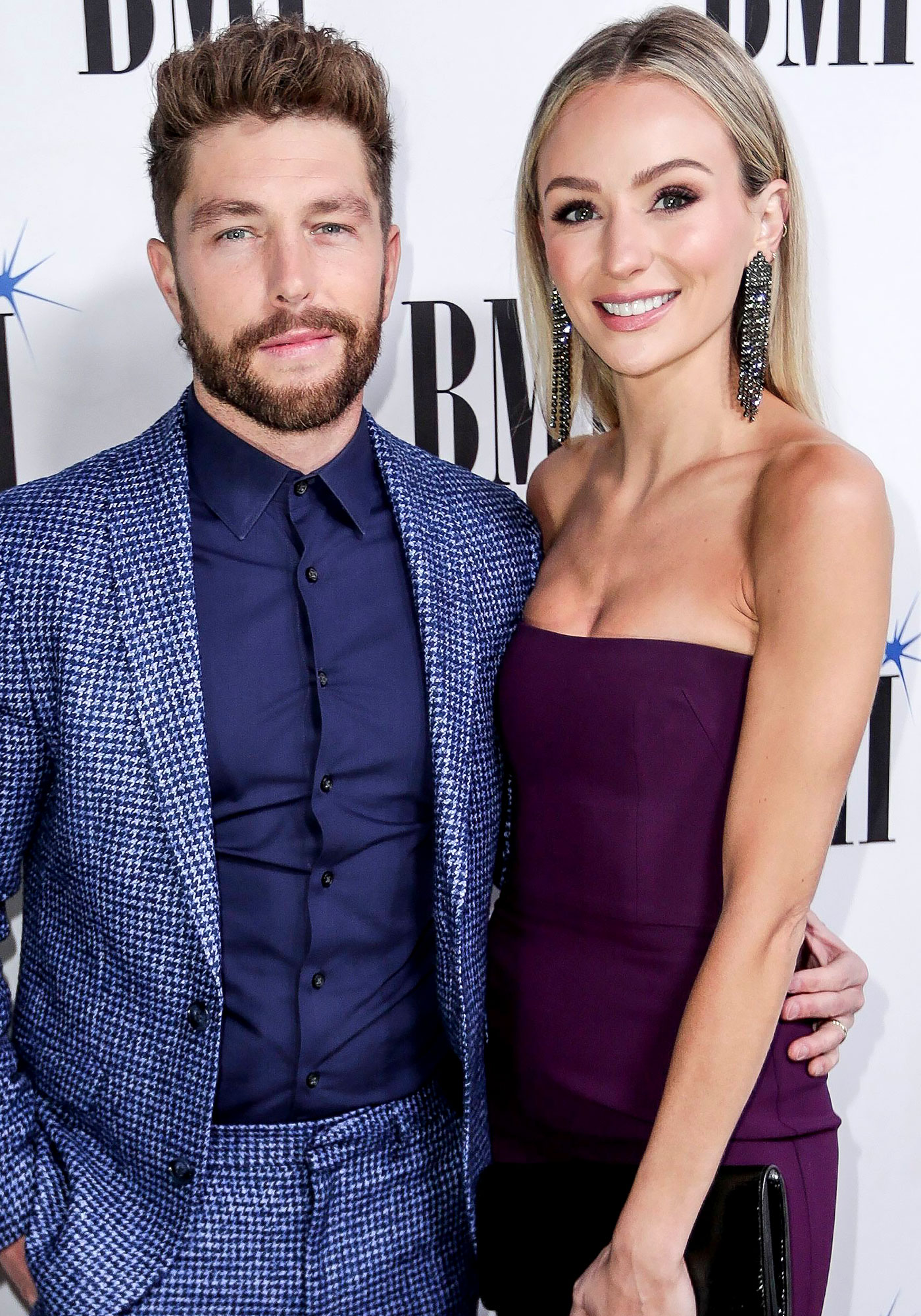 The country singer, 36, returned to the stage in July, going on to play shows in August and September. In January, Chris is set to hit the road for his Fill Them Boots tour. “I’ve decided to shift a few of the dates in fall [2021] to 2022 which … lets me be with Lauren and Dutty even more during this special time in our lives,” he told his fans via Instagram on October 5.

The Oregon native forgave his busy schedule, telling Us, “It just is what it is.” The former flight attendant noted that she and the North Carolina native are giving themselves “grace” while raising their 4-month-old and “extending that to each other.”

The couple, who wed in October 2019, have been “sleep-deprived, stressed and anxious” with their baby boy and sometimes “use a certain tone of voice that [they] normally wouldn’t” with each other.

On top of that, Lauren explained to Us that she hasn’t felt like herself since Dutton’s arrival due to postpartum anxiety.

“I tend to by nature be more of a worrier,” the Bachelor Nation member said. “You just love them so much and you want to do everything to protect them. Sometimes it can get to the point where it’s an unhealthy worry, and that’s kind of where I was at. So I’m thankful that I’m taking steps to just learn to trust that he’s going to be OK and lean on Chris and lean on the support system that I have. I’m feeling a lot better.”

The former ABC personality is currently celebrating the Monday, October 18, launch of her Lauren Lane X Sonomo Goods for Life collection, available only at Kohl’s.

She gushed to Us, “I really want to wear pieces that feel good on my body. … And I really want pieces that I feel comfortable wearing and that are soft on [Dutton’s] skin. I want to make sure that there’s nothing that’s uncomfortable for him. So all the pieces check all those boxes.”