Can YOU spot the sandcastle among the snowmen? Pesky puzzle challenges players to find the unlikely hidden object in under a minute

As the days and nights draw colder, we’re all dreaming of a bit of winter sun, and this latest mind-boggling graphic will give you a dose of exactly that.

Amid all these super cute snowman – there is a sneaky sandcastle lurking, a reminder of warmer days…but can you find it?

According to those who created the tough animation, which was produced by travel company Holiday Gems, the sandcastle isn’t at all easy to spot.

They claim it’s virtually impossible to find it in less than a minute.

Scroll down for answer 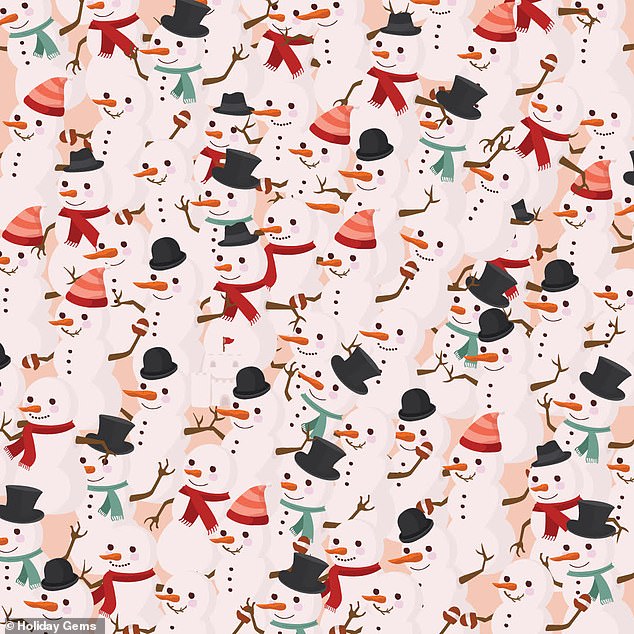 A mind-boggling puzzle by holiday provider Holiday Gems is confusing the internet, as it challenges you to spot a sandcastle amongst a sea of snowmen

‘Though most of us love Christmas time, there’s always a part of us that wants to jet off to a warmer climate,’ said the game-makers.

‘This puzzle is a lighthearted take on that. It represents the little part of us that is always dreaming of the summer heat amid the cold winter climates.’

While you’ll need a keen eye and a close look at this game to solve it, there is a sandcastle hiding somewhere. The trick is to look for the flag, which will help it stand out in between these frozen friends.

And the visual below shows the sandcastle circled in an almost undetectable position. 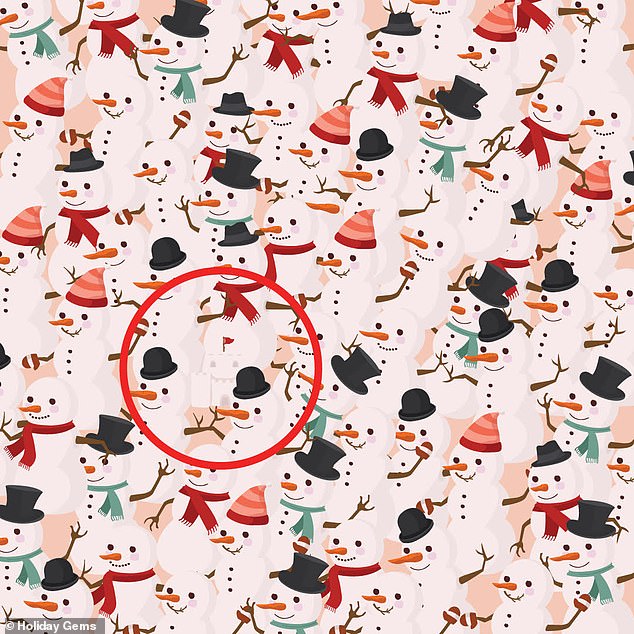 For those struggling to find the hidden sandcastle in this tricky puzzle, the graphic above shows the it circled in an almost undetectable position

Similarly, just the other month, another puzzle bamboozled the internet when it challenged users to spot a tutu among a sea of watermelons.

Uploading the puzzle to their page, the dance website wrote: ‘We love a good puzzle and it’s been a little while since we created one of our own. So we’ve put together this quick brain-teaser for a weekday morning.’ 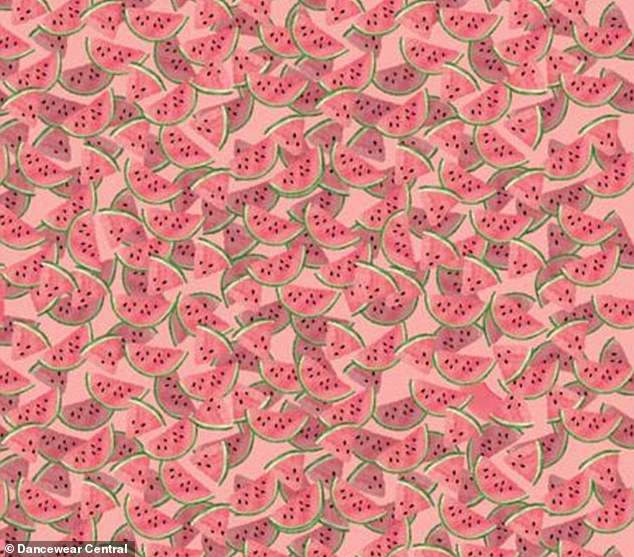 An animation by UK site Dancewear Central is bamboozling the internet, as it challenges you to find a tutu among a sea of watermelons

The tricky animation by UK site Dancewear Central shows up to 300 slices of the fruit against a similarly coloured pink background.

To put a spanner in the works, a tutu sits somewhere among the fruit fest – but is almost impossible to find. 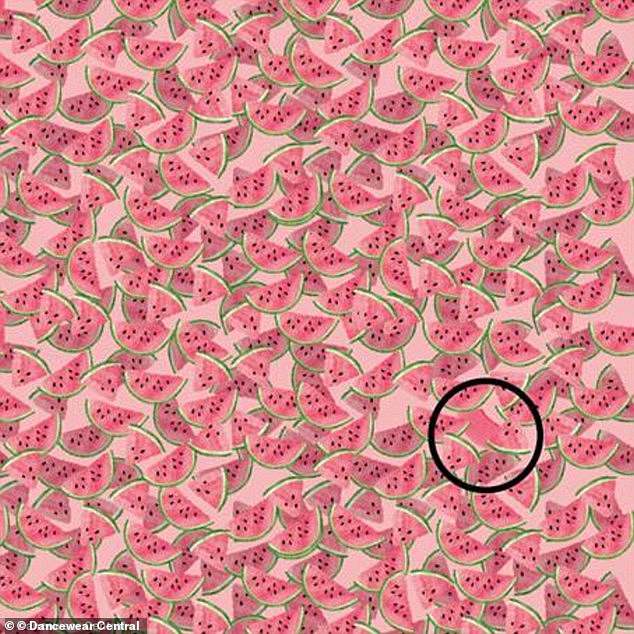 Eagle-eyed players would have found the hidden tutu towards the bottom right-hand side of the puzzle, as circled above

Leaving many with double vision, the fastest in the team at Dancewear Central HQ picked it out in an impressive eight seconds.

But the festive brainteaser is proving far more difficult….