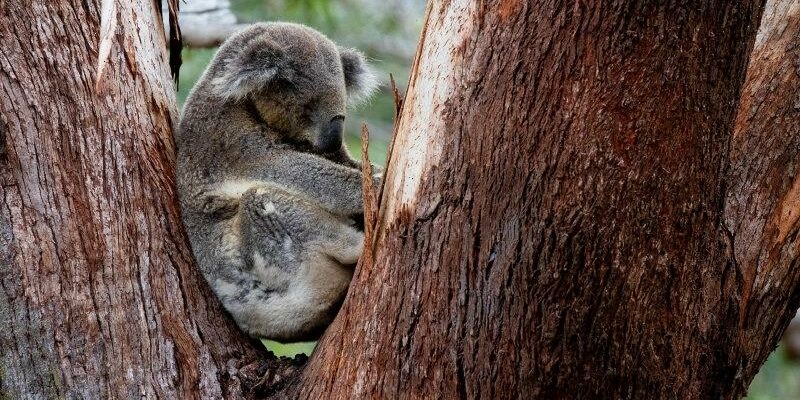 Koala corridors over or under roads, traffic-calming measures and fences around residential pools and gardens are among 31 recommendations set to be adopted by the NSW government to protect the koala population of south-western Sydney.

The report by the NSW Chief Scientist and engineering panel, to be released Thursday, says koala habitats should be retained, increased and restored through improved bushfire, disease and pest mitigation efforts, as well as ensuring future development projects minimise harm to koalas. 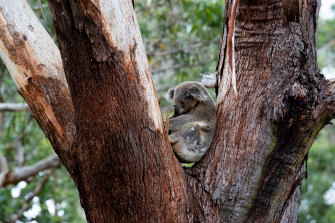 Koalas in Sydney’s west are set to be better protected with the government set to adopt 31 recommendations.Credit:Janie Barrett

It also urges the construction of underpasses or overpasses to allow koalas to move safely where infrastructure cuts across their habitats, and ongoing monitoring of the marsupial’s health.

The report aims to minimise the impacts to biodiversity amid development in Sydney’s south-west, where the human population is projected to grow by 760,000 over the next 40 years.

Environment Minister Matt Kean said one of the leading threats to koala populations in the wild was the loss and fragmentation of their habitat.

“As this part of Sydney continues to grow these recommendations will guide future development in the area and ensure koala habitat and wildlife corridors are protected in perpetuity.”

The panel noted its report was specific to the local koala population and that there are many other biodiversity and cultural considerations that need to be made.

It comes after almost 20 NSW wildlife groups wrote to Premier Dominic Perrottet and Mr Kean on Tuesday calling for stronger laws to protect koalas, a 170,000 hectare national park in Sydney’s west and greater protections for habitat at risk of logging.

The groups fear koala populations are unlikely to increase by 2050 if these issues are not addressed in the forthcoming NSW Koala Strategy, set to be released in coming months.

Minister for Planning and Public Spaces Rob Stokes said the government would adopt all 31 of the Chief Scientist’s recommendations on the Cumberland Plain Conservation Plan, which would put the protection of one of Australia’s most iconic threatened species at the heart of planning.

“We have updated the plan to protect additional areas of habitat and ensure that wildlife corridors are suitable for koala movement,” he said.

Earlier this year, koalas came into sharp focus as the state’s Liberal and National parties fought over new regulation of koala habitat, with the Nationals determined not to allow increased controls over critical habitat that is privately owned.