Amid her divorce from Kanye West, Kim Kardashian unwrapped a sexy post-split survival kit from her famous friend, Gwyneth Paltrow.

Over the weekend, the reality superstar, 40, showed off some racy gifts from Paltrow’s Goop, which came packaged in a wooden box labeled, “Kim’s box of tricks.”

The pièce de résistance of Kardashian’s pleasurable package? A custom version of Goop’s viral “This Smells Like My Orgasm” candle created in collaboration with Heretic, called — what else? — “This Smells Like Kim’s Orgasm.” 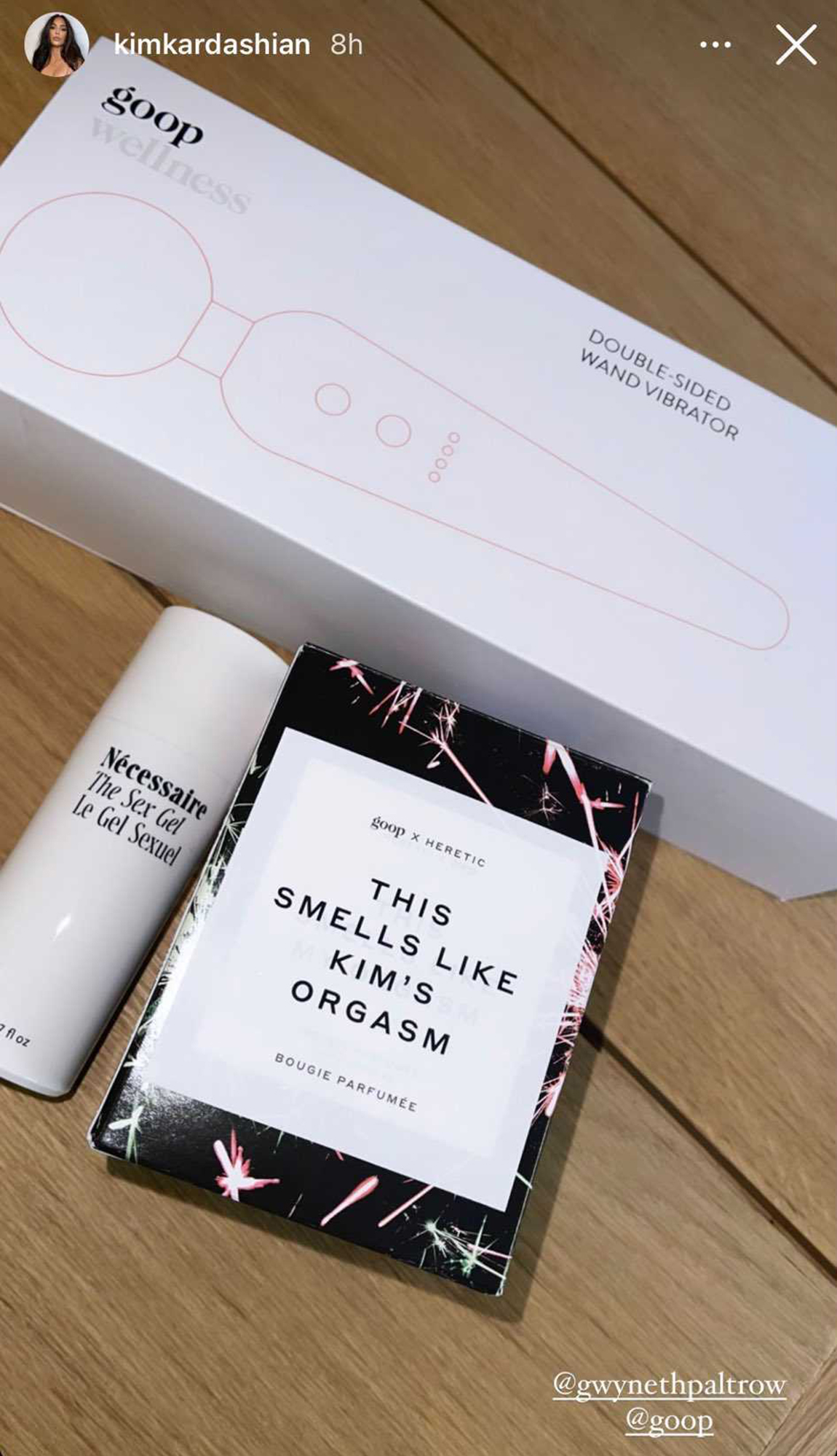 Prior to unleashing that climactic candle, Paltrow’s company broke the internet with its first scandalous $75 votive, “This Smells Like My Vagina.”

“I’ve never been more excited honestly … for the candle,” Kardashian said while sharing the special delivery on her Instagram Stories. “Thank you Gwyneth, I love you. Thanks Goop.”

We tried the Goopiest products from Gwyneth Paltrow's lifestyle empire

The NSFW goodies are sure to come in handy as the KKW Beauty founder navigates her split from West, 43. Page Six exclusively revealed that the A-list couple were headed for divorce in January, and Kardashian’s filing followed in February, after seven years of marriage for the pair.

Earlier this month, a source told us that West and Kardashian are no longer speaking, despite co-parenting their children: daughters North, 7, and Chicago, 3, and sons Saint, 5, and Psalm, 1.

Paltrow, for her part, is no stranger to marital woes; she “consciously uncoupled” with Coldplay frontman Chris Martin in 2014, and the two finalized their divorce in 2016.