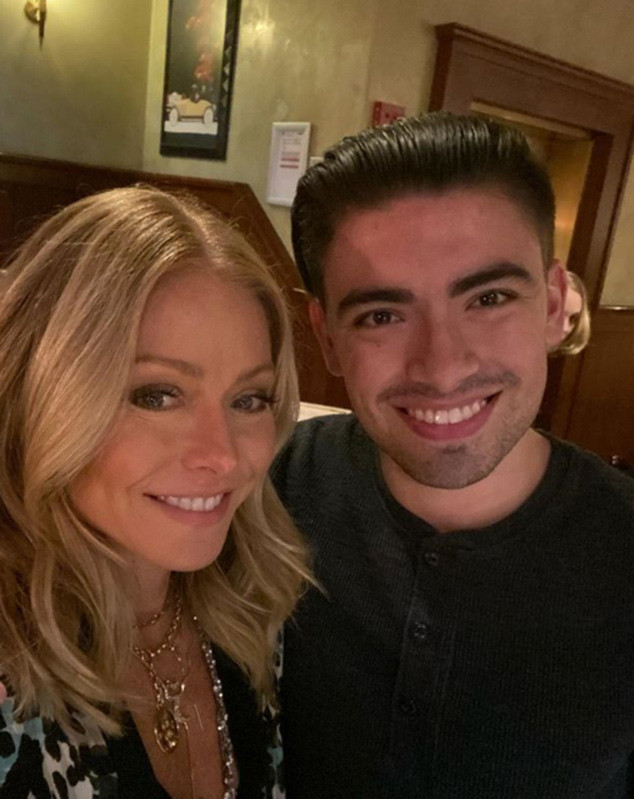 Earlier this week, the daytime star went on Jimmy Kimmel Live! where she talked about her son Michael Consuelos‘ life at New York University.

“I think he loves the freedom. He hates paying his own rent and he’s chronically poor. I don’t think he ever really experienced extreme poverty like now,” she shared with Jimmy Kimmel. “Now that he’s living on his own, he’s called three times, ‘Halloween envelope arrived?’ Just so he can have electricity. He’s experiencing being an adult.”

Lo and behold, some on the Internet took issue with her “extreme poverty” wording. But after receiving some criticism, Kelly decided to fight back.

“Michael goes to college and is a senior and works full time. He is in his first non parent subsidized apt with roommates,” she shared in the comments section of an Instagram post. “I’m used to getting a lot of slack because people love to have fake outrage over something they didn’t see. They only read a headline and wag their tired fingers.”

Kelly continued, “I didn’t grow up privileged and neither did @instsuelos. We work and we expect our kids to as well. And the fact that a pack of fools want to bitch about that, I say let em.”

So that’s why they call her the clapback queen!

Kelly and her husband Mark Consuelos have been open about their kids growing up. In fact, they recently sent their daughter Lola Grace Consuelos off to college in August.

“The nest is getting roomy………” the LIVE with Kelly and Ryan co-host wrote on Instagram when sharing a kiss with her not-so-baby girl.

Ultimately, Kelly is so proud of all her kids. And while everyone in this famous crew is busy, there’s still plenty of time for family time.

“When your son gives you a job……. #filmschool #tvshow #producer,” Kelly recently shared on Instagram when visiting her son.