Katie Holmes looks down in the frumps after Emilio Vitolo Jr. split

Katie Holmes and Emilio Vitolo Jr.’s romance is fizzling out

The former “Dawson’s Creek” star, 42, publicly congratulated Vitolo, 33, on their new short film, “Almost a Year,” which will premiere at the 2021 Tribeca Film Festival.

“I am so honored to have been a part of the making of ALMOST A YEAR,” Holmes captioned a series of stills from the film, including one of the chef in character, on Instagram Tuesday. “Congratulations to the very talented and amazing cast @eveclindley @emiliovitolo @lilmitz_ and director @jamiesonbaker 🍾💫💥✨.”

Vitolo commented on Holmes’ post with a series of heart-eye emojis.

The Emilio’s Ballato employee also shared a picture of his character on his own Instagram page, which Holmes then commented on with praise-hand emojis.

There seems to be no love lost between the exes, who broke up in May after eight months of PDA-packed dating.

“The pair have parted ways amicably but remain friends,” a spokesperson for the actress told Us Weekly of the split. 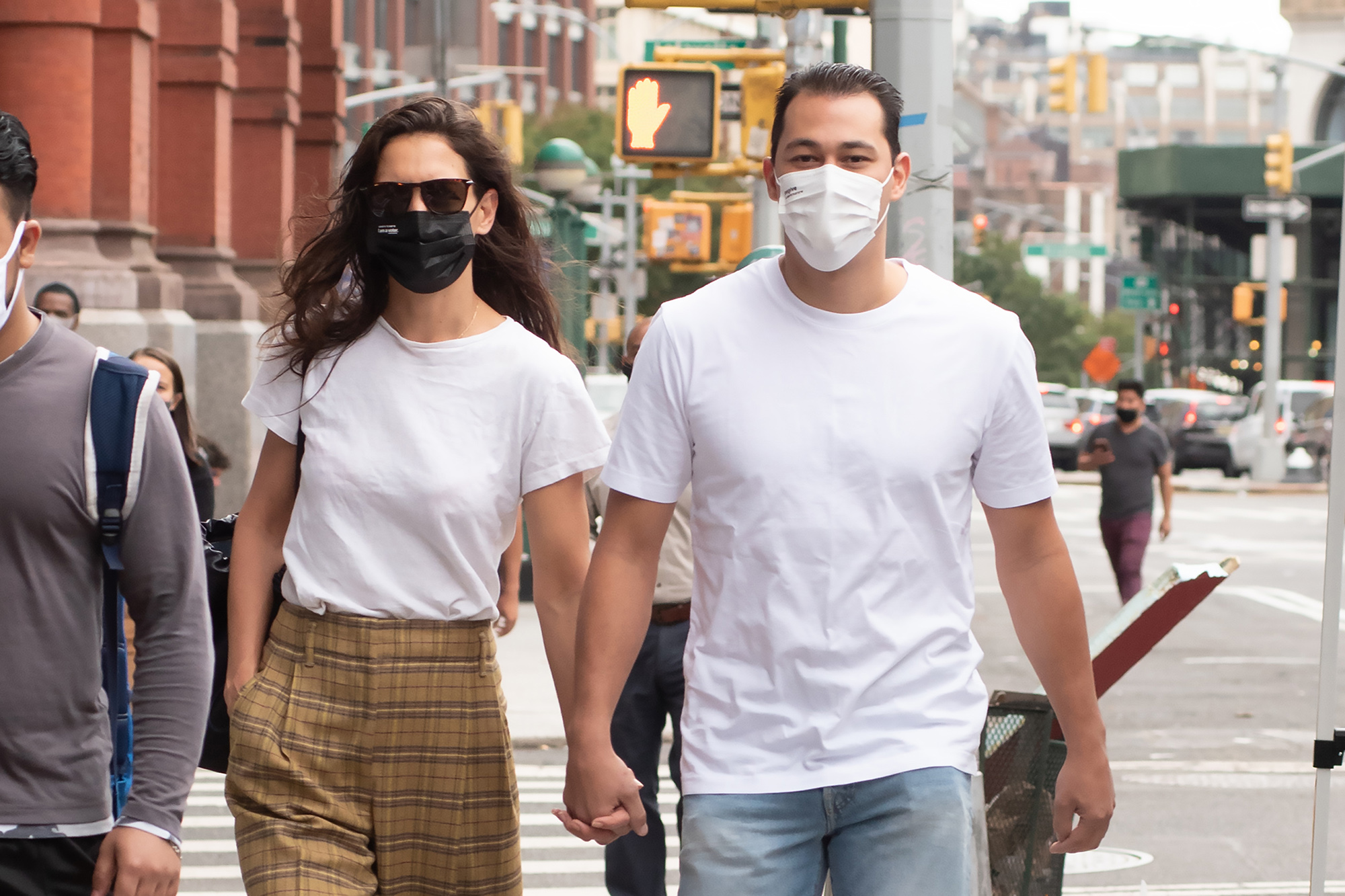 Holmes and Vitolo apparently had trouble keeping the spark alive due to their busy careers.

“Katie and Emilio really enjoyed their time together — it just simply didn’t work out,” a source told the magazine. “She’s focusing on being a mom and her upcoming projects.”

Shortly after they parted ways, Vitolo returned to dating apps.

“It’s not just Raya — he’s on a bunch of other dating apps too,” a source told Page Six. “He didn’t exactly hide the fact that he’s broken up from Katie.”

The former couple were first spotted smooching during a date at Vitolo’s family restaurant in September 2020. But, as we revealed, it turned out that he’d broken his engagement to designer Rachel Emmons via text message on the same day that he was first pictured with Holmes.