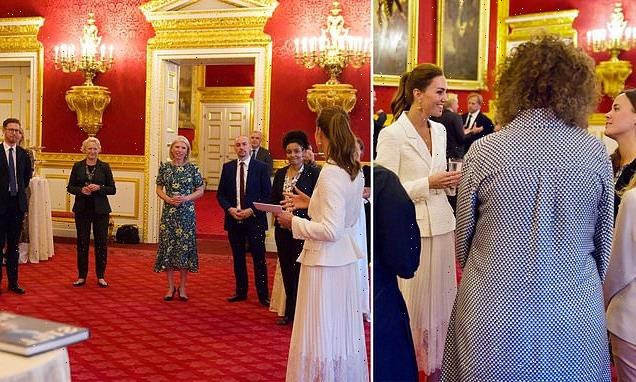 Dazzling Duchess! Kate Middleton wows in a £400 white tailored Self Portrait gown as she hosts event to thank those who worked on her Hold Still photography project

The Duchess of Cambridge dazzled in a tailored £400 white gown as she hosted an event to thank those who worked on her Hold Still project this evening.

Kate Middleton, 39, a keen photographer, started her campaign during the first lockdown last year to ask the public to submit images which captured the period.

The result was a photography book, Hold Still: A Portrait of Our Nation in 2020, which featured 100 final ‘poignant and personal’ portraits selected from 31,000 entrants and quickly became a bestseller upon its release in May.

The mother-of-three opted for a cream Self Portrait dress as she hosted the reception this evening. 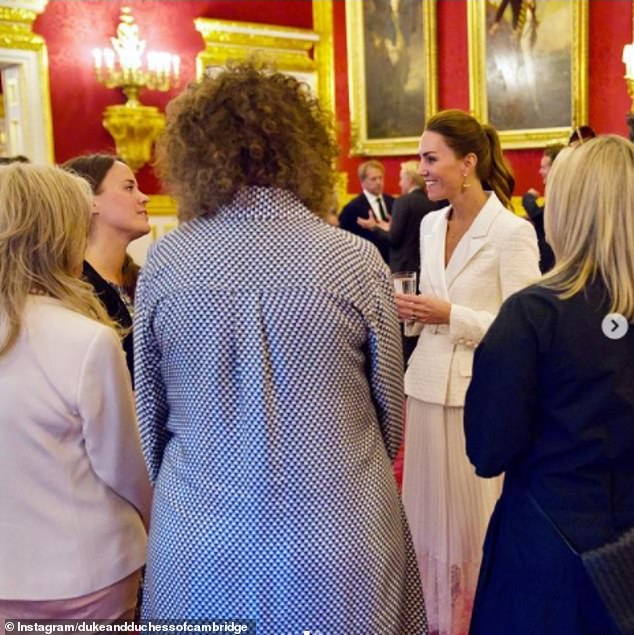 The Duchess of Cambridge, 39, was dazzling in a tailored white gown as she hosted an event this evening to thank those who worked with her on her Hold Still project

Posting on Instagram, the Duchess thanked those who had helped her with the project, writing: ‘Thank you to the brilliant partners who made Hold Still a reality!

‘It took a long time to bring everyone behind this incredible project together in person but tonight we finally managed it.

‘The idea for came right at the start of the pandemic, and aimed to bring people and communities together, using the amazing power of photography.

‘It was made possible by so many partners, and what’s more remarkable is how it was all orchestrated from kitchen tables and spare bedrooms! 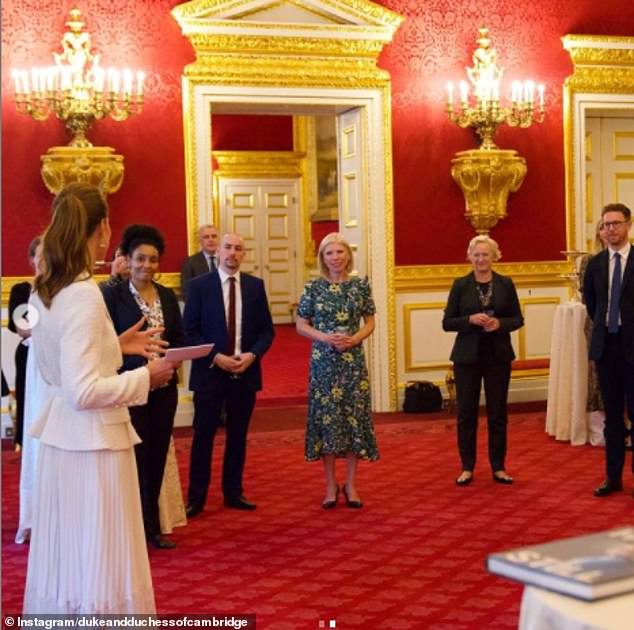 Posting on Instagram, the Duchess thanked those who had helped her with the project, writing: ‘ Thank you to the brilliant partners who made Hold Still a reality!’

‘The most special thanks must go to the thousands of people across the country who took time to share their experiences of lockdown. Without them, the project really would not have been possible.’

The royal appeared animated as she chatted with a small group of contributors in snaps from the event.

Meanwhile she opted for a £400 crisp white tailored Self Portrait gown for the occasion.

Her long brunette locks were styled into a bouncy ponytail, revealing a pair of dangling gold earrings. 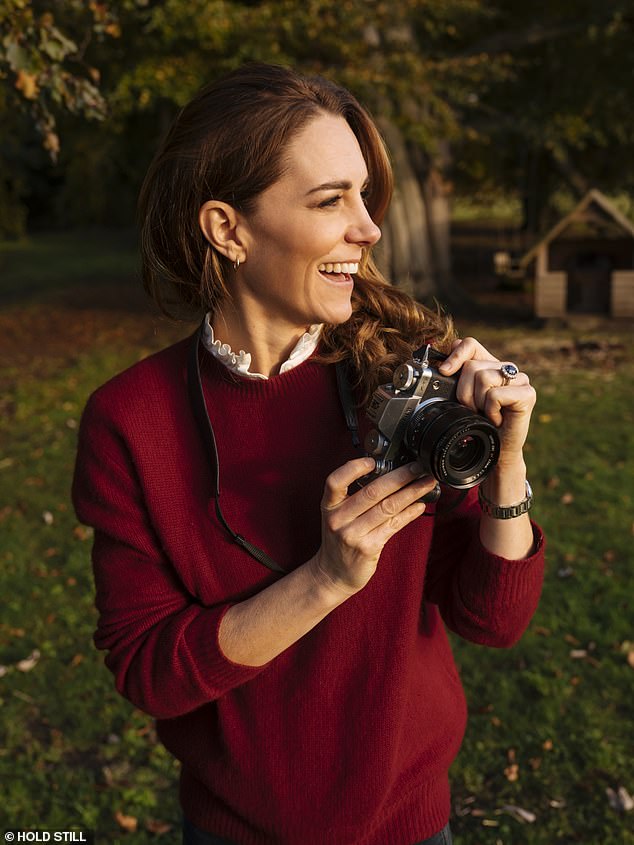 Kate (pictured), a keen amateur photographer, wrote the introduction to the book, which showcases pictures from her Hold Still campaign of 2020 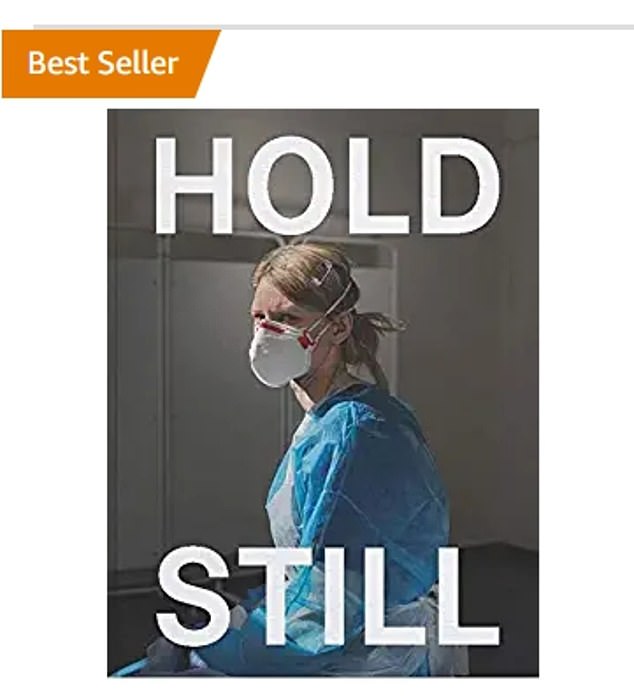 The book quickly became a bestseller after its release in May

As well as showcasing the final 100 images and the stories that accompany each of them, the book looked back at highlights from the community exhibition which took the portraits to billboards and outdoor poster sites in 80 towns, cities and areas in October 2020.

Over the course of the project the Duchess shared a number of her favourite images on the Kensington Royal Instagram page, including a Black Lives Matter protester holding a sign reading: ‘Be on the right side of history.’

Another of the snaps was a black and white image showing a man embracing his daughter, while one shows a child kissing their godmother through a window.

Meanwhile others featured a student holding her exam qualifications, and a young girl seen drawing a huge rainbow onto a window pane.

The royal has had a busy week so far, visiting  the Lake District where she tried abseiling and mountain biking with the Air Cadets.

Later she met with surviving ‘Windermere children’ who were rescued from concentration camps and taken to the Lake District during a visit to Cumbria.

It was Kate’s first public sighting since she attended her brother James Middleton’s glamorous wedding in the South of France just days ago.

The couple got engaged in September 2019 but had to delay the ceremony twice in the last year due to Covid, before finally announcing they had tied the knot in Bormes-les-Mimosas in Provence at the weekend.