A sight for sore eyes. Justin Long and Kate Bosworth‘s chemistry is palpable in the first look at their upcoming movie House of Darkness.

Hottest Couples Who Fell in Love on Set

The offscreen couple costar in the horror flick directed by Neil LaBute, which follows a man who “thinks his beautiful, mysterious date will be another casual hook-up,” per the synopsis — until things take a “sinister” turn.

“How about we tell each other stories?” Bosworth, 39, asks in a voiceover in the official trailer, which dropped on Thursday, July 28. She sits in a candlelit room opposite Long, 44, who playfully protests that he’s “just not very good” as a storyteller — but Bosworth insists. 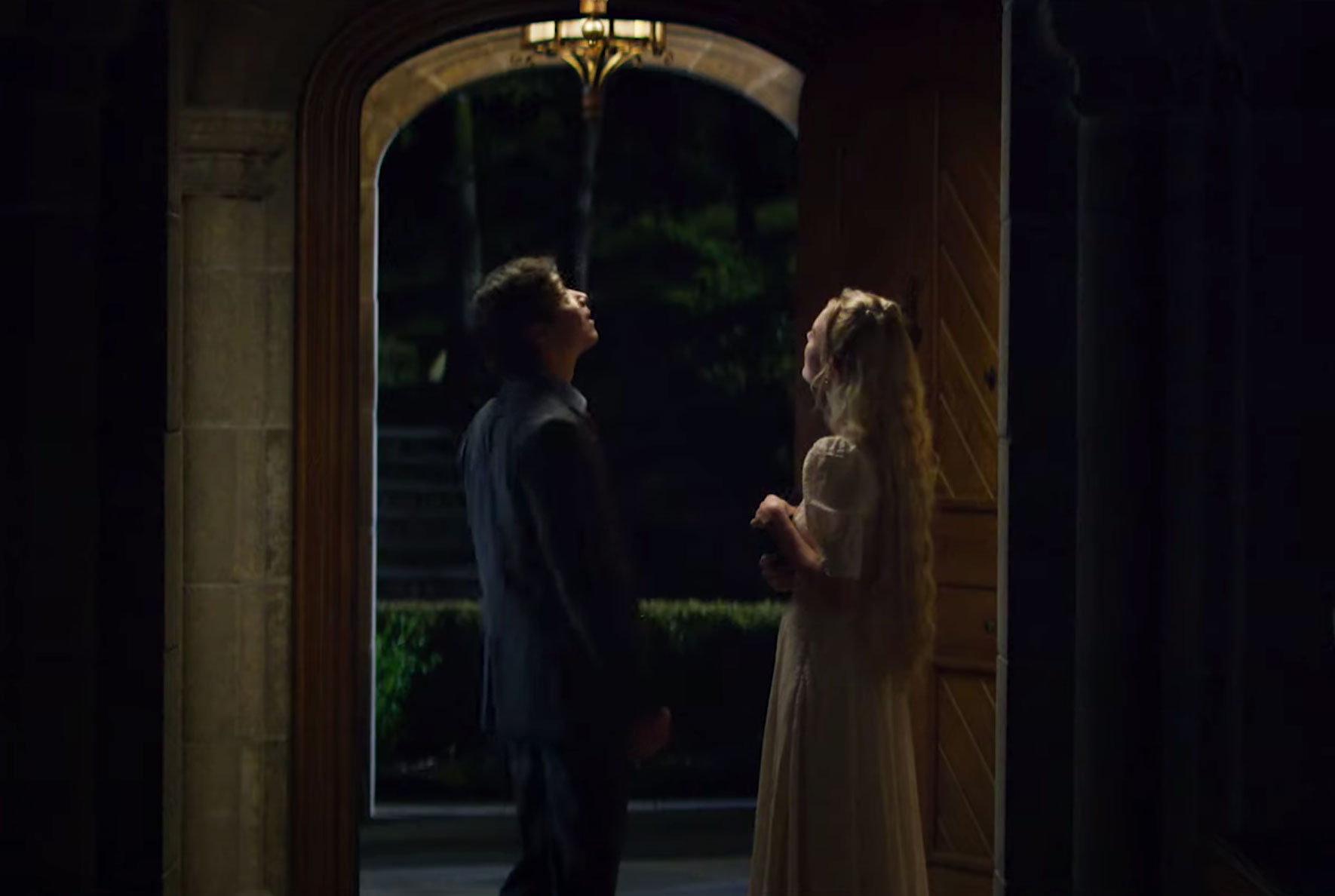 Long begins, “This guy meets this amazing girl. … They drive back to her place, this mansion in the woods. And then they kiss like he’s never kissed before.”

As the twosome make out on the couch, a mysterious thud comes from behind them. “What’s that? Is somebody here?” a flustered Long asks, to which his date replies, “Not that I know of.”

Other women begin to emerge as Bosworth teases, “You still don’t understand what’s going on, do you?” When the Connecticut native tells her he feels tired and wants to go home, she responds, “No, you’re not.”

By the trailer’s conclusion, Long is tied up in a basement. “Is this how it ends?” he wonders, as Bosworth counters, “Who said anything about ending?” 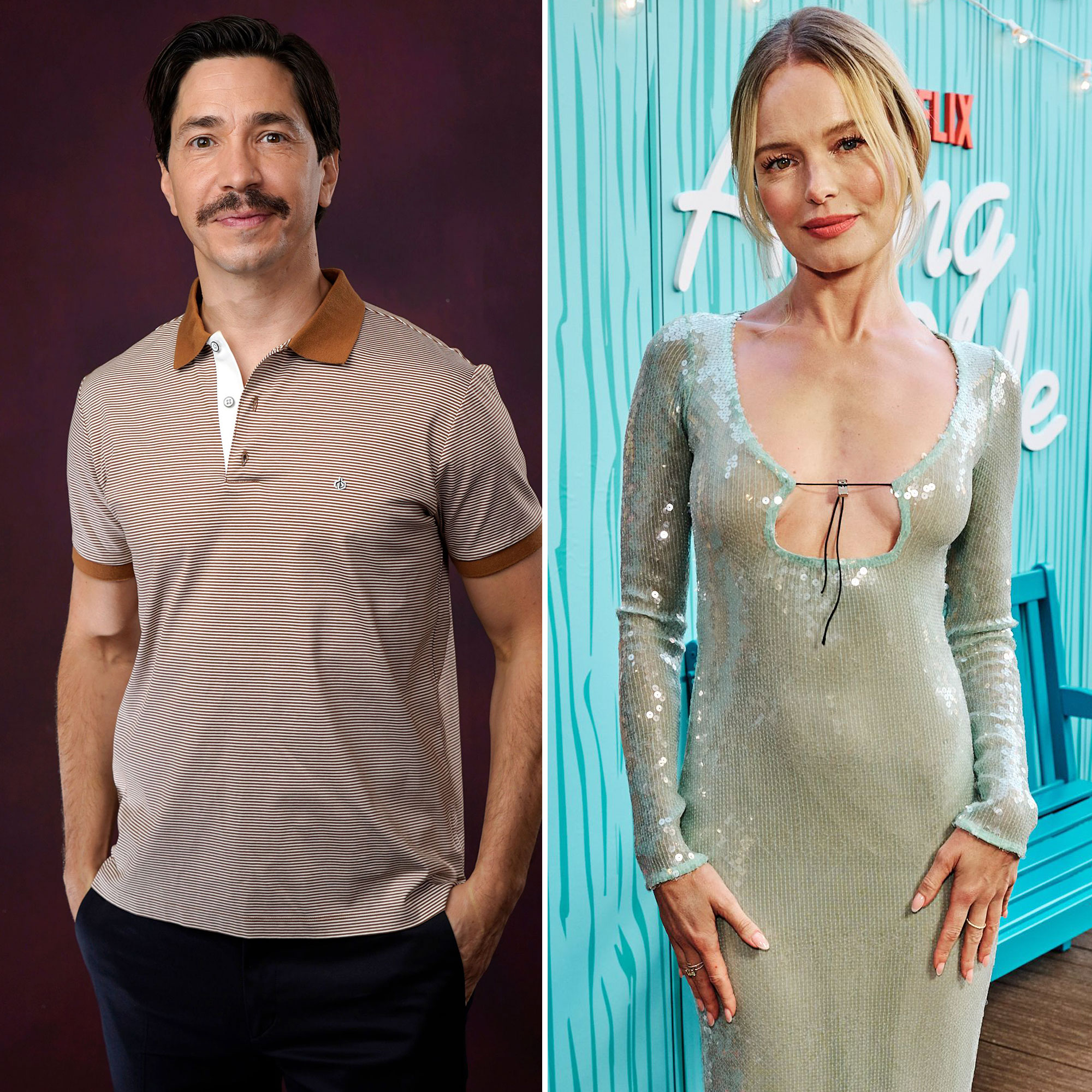 The seductive gothic thriller also stars Gia Crovatin and Lucy Walters. While things don’t seem to go so swimmingly for the leads in the film, the Accepted actor and the Blue Crush actress couldn’t be happier in their real-life romance. Us Weekly confirmed the duo’s relationship in January, less than one year after Bosworth split from estranged husband Michael Polish in August 2021.

“They’ve been dating for a few months now,” a source exclusively revealed. “They secretly have been on a few getaways together. They both love to travel.”

The couple were “staying low-key and private about their relationship” but “not hiding the fact that they’re together,” the insider added at the time.

‘He’s Just Not That Into You’ Cast: Where Are They Now?

Bosworth previously gushed over filming with the Dodgeball actor in a glowing tribute via Instagram. “There are some movie experiences when you learn a lotttttt about another person. Well, we just wrapped one of those — all night shoots, working 6 day weeks. The exhaustion & insanity was off the grid. Holy moly @justinlong you are a truly spectacular / fun / funny / kind / rare / thoughtful / totally. fckn. rad human being. 🌻,” she wrote in May 2021. “THANK YOU for lifting us up… you kept it light & full of laughter daily, even through the toughest moments. You gnome how much I love ya 💛.”

The Remember the Titans actress officially filed for divorce from Polish, 51, earlier this month. The twosome began dating in 2011, tying the knot two years later. While they didn’t have children together during their seven-year marriage, Bosworth was stepmom to Polish’s 24-year-old daughter, Jasper, with ex Jo Strettell.

House of Darkness hits theaters September 9 and will be available on demand September 13.