This may be hard to hear, Jelena shippers, but it’s time to make like Elsa and let it go. Though not all Selena Gomez fans have supported her ex’s marriage, one fan took it too far when she encouraged her followers to harass Hailey Baldwin during an Instagram Live Baldwin had planned. "This is the time where they will not be turning off comments," the fan reportedly told her followers, per Us Weekly. "So we need to f*cking bombard that sh*t with Jelena and how Selena is better." On Dec. 3, Justin Bieber and Hailey Baldwin addressed the Jelena troll in their IG Stories with the classiest responses, and my respect for them just went 📈.

After sharing the video posted by the Gomez fan, Bieber wrote a heartfelt message defending his wife. "This sad excuse of a human just encouraged people on video to literally go after my wife telling people to say that my previous relationship was better … I just wanted to share this so that people get an idea of what we face on a day to day," he began his note, explaining it’s "extremely hard to choose the high road" when he sees people bully "the person I love the most in this world." He asked his followers to support his relationship rather than "degrading, shaming, and trying to humiliate" him and his wife, and TBH, that’s a totally fair request. 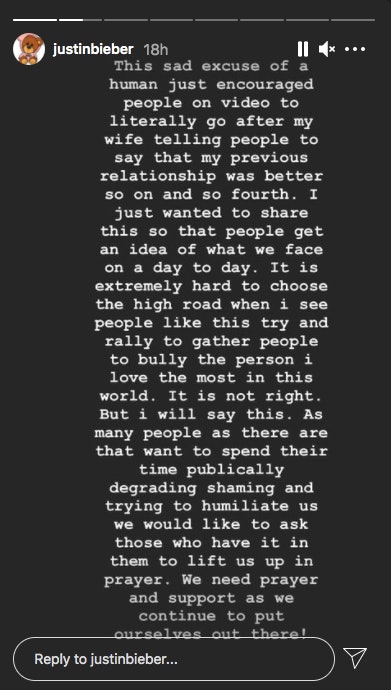 In a second message, he added, "After watching that I could easily let it steal my joy, but then I think about her life and how miserable she must be to want to spend her life trying to make others feel small … A life where you want to make others feel small will leave you with no friends and no real JOY." He followed up the note with a few cute pics of him and Baldwin, making it clear those trolls never bothered them anyway. 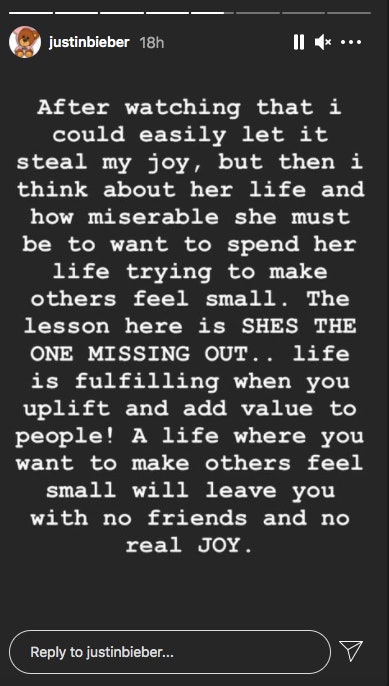 Baldwin also took to her IG Stories to respond to the hate. "I usually stay quiet and don’t acknowledge these things because I need to protect myself and my mental [health]," she wrote in a message, noting she simply couldn’t ignore this latest attack. "I would never in a million years wish for someone to be treated this way and I will never condone this kind of hateful behavior," she continued. "I want only to support, uplift, and encourage other women in this industry and wish them nothing but love and success and I wish for all of my followers and supporters to do the same!!"

She concluded her message with: "Wishing the young woman in that video all the best. I hope she finds love, peace, and happiness in this life!" 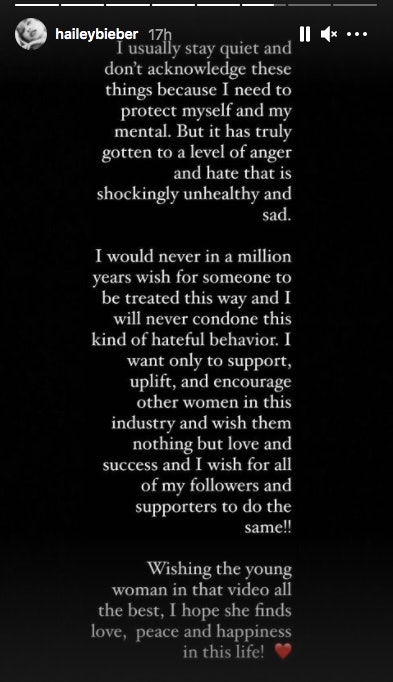 Now THAT’S how you handle a troll, y’all. 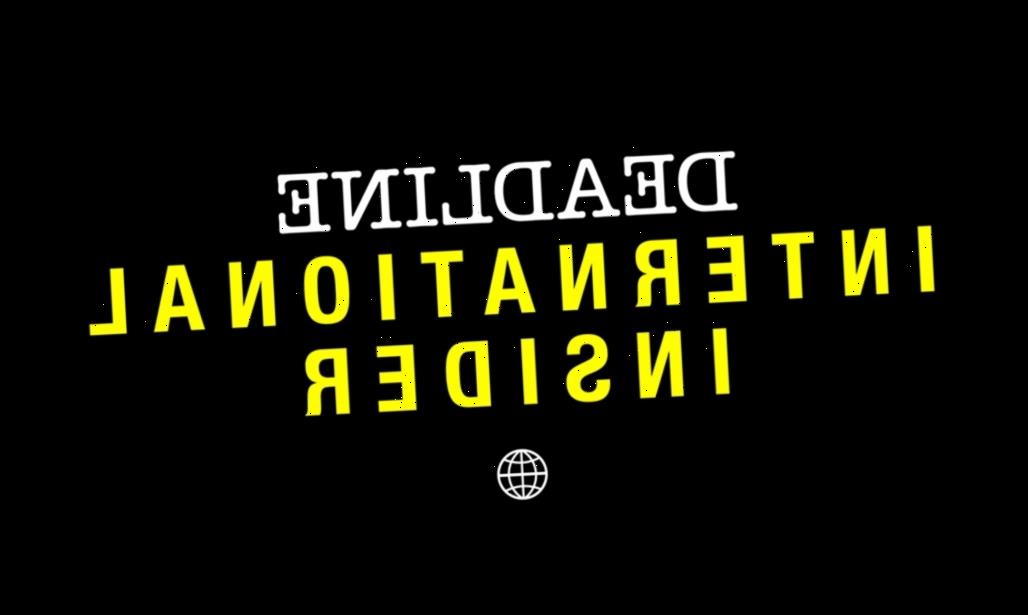