She recalled Depp going from room to room trying to get away — and Heard pursuing him.

Johnny Depp’s nurse said she witnessed several fights between him and Amber Heard — and they were instigated by the latter.

Giving testimony on the fourth day of the defamation trial, Debbie Lloyd — who was hired to help the actor detoxify from opiates — claimed Heard would frequently attempt to start altercations with her then husband, while he would try to walk away.

While she couldn’t give a ballpark estimate on how many fights she witnessed, she said this kind of situation happened frequently; she recalled one instance in which Depp was going “from room to room” trying to get away from an argument with Heard, but she continued to follow him. 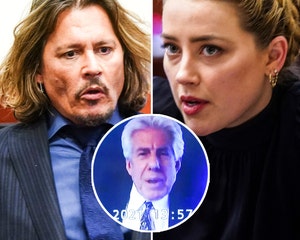 In another instance, she said Heard stepped in and blocked Depp and his entourage — which included Lloyd — from leaving their penthouse elevator because “she didn’t want him to leave”.

The nurse said Depp’s arguments with Heard were a “trigger” for him, The Independent reported.

Sifting through her typed notes from when she was treating him, Lloyd was asked about one of their alleged fights on the private island, in September of 2014.

She said she had found Depp with bloodied knuckles after he supposedly punched a white board in frustration. The notes stated that Depp had asked her for medication — which he described as “some f–kin’ knockout yum yum” — after Heard had had a “nasty freakout.”

The notes also show that Depp wanted Heard to have a personal nurse of her own, which he believed would “reduce stress” on their relationship.

Lloyd was also asked about the infamous incident in which Depp’s finger was severed; she recalled walking into the house to find it “a mess”, with a TV smashed and writing on the wall, although she could not remember what was written. She said she helped look for the missing digit. 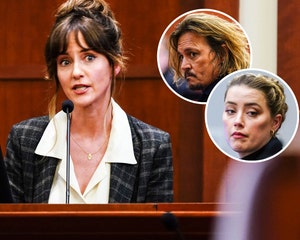 She wasn’t sure how he had cut his finger, but had heard from different people at the time that Heard had thrown a vodka bottle at him, but also that Depp had slammed it with a phone.

Lloyd was also shown texts between herself and Depp, who she confirmed addressed her as “Nurse Shark” and “Little Debbie”; she broke into rare smiles as she revisited some of his Depp-isms, like when he told her that attempting to express the thanks she deserved “would be like a monkey trying to f–k a football… it’s just simply impossible.”

Depp himself also smiled in the courtroom when another of his texts was revisited, in which, while apologizing for refusing to see her on a particular day, he told her: “you can give me some morphine to see if my tongue and penis touch.”

Depp is suing his ex-wife for defamation over an op-ed she wrote for The Washington Post in which she claimed she was a victim of domestic violence. Depp was not named in the piece, but his lawyers argue it is strongly insinuated, and that his career suffered as a result. She has countersued Depp for $100 million.

Depp has already lost an earlier lawsuit he took in the UK over the same article that appeared in The Sun. 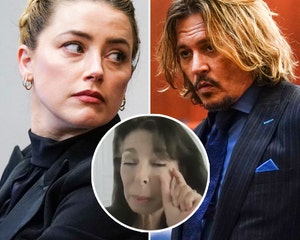