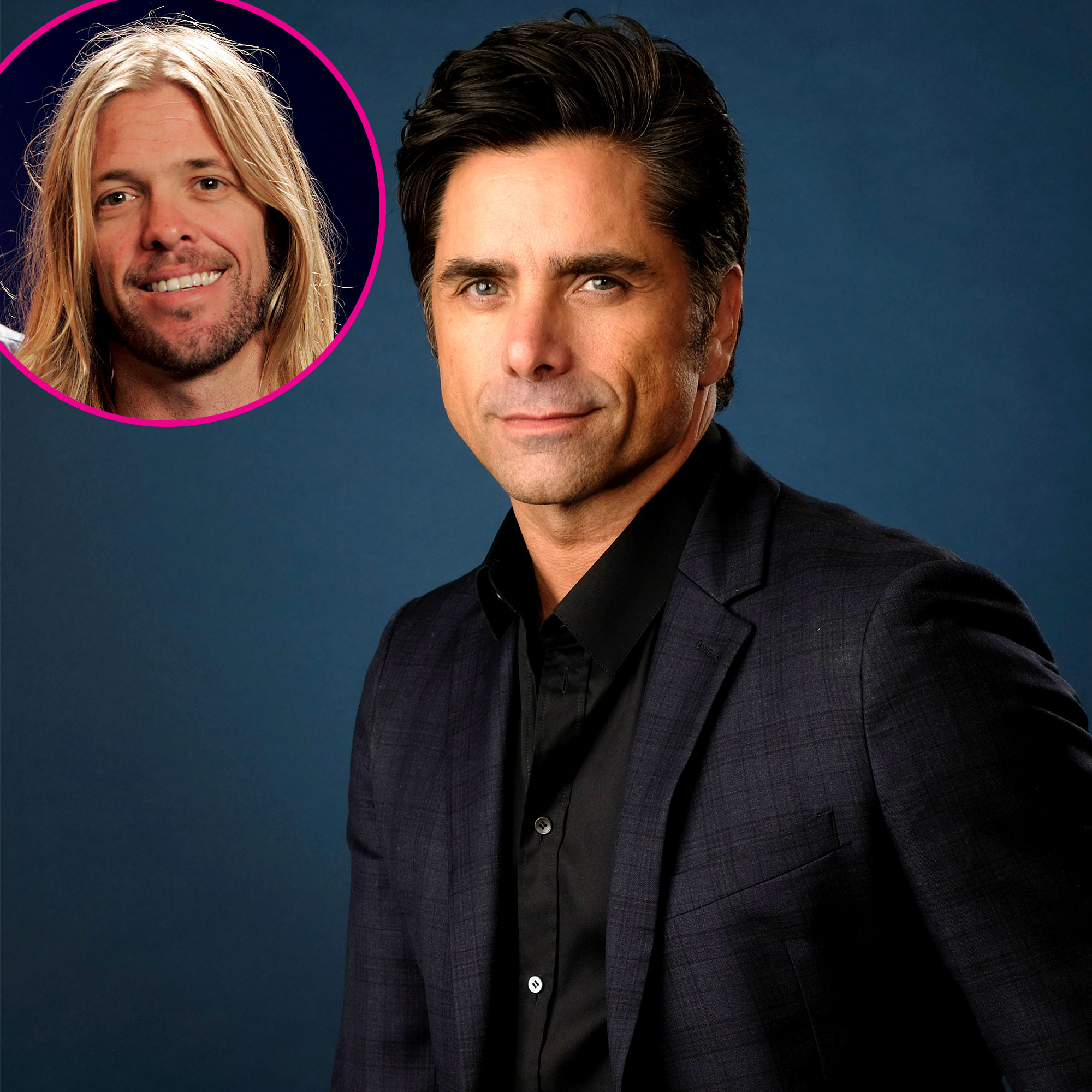 A fond memory. John Stamos shared the final video he received from Taylor Hawkins before his sudden death while on tour in South America.

“Hey kiddos. I guess you guys are hanging out with Stamos today,” the Foo Fighters drummer said in the video, which the Full House alum, 58, shared via Instagram on Tuesday, March 29. “Stamos is a good buddy of mine. He’s a good guy. I like him a lot, he’s a good drummer and he’s just a great dude, all that stuff. But I’m a little upset with him, actually.”

Hawkins then joked that he was supposed to star in a Geico commercial that featured Stamos showing off his stick flipping skills with a knitting needle.

“Originally, that was mine,” the musician says with a smile. “But they decided to go with Stamos because he’s better looking.” Hawkins concluded the clip by asserting that he was “the best stick flipper around,” with Motley Crüe’s Tommy Lee and Stamos as the second and third best.

The Grandfathered alum agreed with his friend’s ranking, writing: “Yes, Taylor you are the best stick flipper and I miss you pal!”

Hawkins was confirmed dead at 50 on Friday, March 25, by members of his band. “The Foo Fighters family is devastated by the tragic and untimely loss of our beloved Taylor Hawkins,” they wrote in a Twitter statement at the time. “His musical spirit and infectious laughter will live on with all of us forever. Our hearts go out to his wife, children and family, and we ask that their privacy be treated with the utmost respect in this unimaginably difficult time.”

The Taylor Hawkins and the Coattail Riders frontman — who is survived by his wife, Alison Hawkins, and children Oliver, Annabelle and Everleigh — was on tour with the group in Bogotá, Colombia. Hawkins allegedly suffered chest pain shortly before his death and an ambulance was dispatched to his hotel, where the songwriter was found unresponsive. Attempts to resuscitate him were unsuccessful and he was pronounced dead.

Two days after his untimely death, Colombian authorities revealed in a statement that a preliminary toxicology test revealed the presence of 10 different substances in Hawkins’ system, including marijuana, tricyclic antidepressants, benzodiazepines and opioids. An investigation is still underway.

In the hours following the announcement of his death, stars who knew Hawkins shared tributes to the drummer‘s talent and spirit, including Stamos himself. “This was Taylor Hawkins’ last text to me,” he wrote via Twitter on Saturday, March 26. “‘Ya We’ve yet to fully have a hang -Got a put that s–t together before we die.’ Wise words from my friend- put that s–t together!”

The Beach Boys drummer added: “I’m so f–king sad. Another one gone too soon.”

On Tuesday, March 29, the Foo Fighters — whose members include Dave Grohl, Nate Mendel and Pat Smear  — canceled their upcoming tour dates in the wake of Hawkins’ death. “It is with great sadness that Foo Fighters confirm the cancellation of all upcoming tour dates in light of the staggering loss of our brother Taylor Hawkins,” the band said in a statement shared via their official Twitter account. “We’re sorry for and share in the disappointment that we won’t be seeing one another as planned. Instead, let’s take this time to grieve, to her, to pull our loved ones close, and to appreciate all the music and memories we’ve made together.”