Part of their story. Katie Thurston‘s sweet note to John Hersey was met with a hilarious reaction.

“A year ago I’d never believe I would be right here in these moments with you. 🖤,” Thurston, 31, captioned a cute Instagram photo of the pair on Thursday, March 10. Hersey, 28, added some humor to his response, writing, “That’s because you’d just sent me home.”

The couple originally met during season 17 of The Bachelorette in 2021. At the time, the former bank marketing manager chose to send the California native home during week two of the competition.

Thurston then formed a connection with Blake Moynes after he crashed the ABC series to win her heart. The Canada native, 31, originally appeared on Clare Crawley and Tayshia Adams‘ season 16 in 2020 before returning to the franchise.

Three months after Thurston and Moynes got engaged on screen, they announced their decision to split. “It is with mutual love and respect that we have decided to go our separate ways,” the Washington native wrote via Instagram in October 2021. “We are so grateful for the moments we shared together and the entire journey that has unfolded this year, but we ultimately have concluded that we are not compatible as life partners, and it is the most caring choice for both of us to move forward independently.”

One month later, Us Weekly confirmed that Thurston moved on with Hersey. At the time, the bartender took to social media to defend his relationship.

“Katie and I developed an incredible and deep friendship over the last half year or so. The circumstances by which this friendship formed was a series of crazy, random and coincidental events, that I’m sure you will all hear about at a later time,” he wrote on Reddit in November 2021. “My point for now is that we were ALWAYS platonic. Even during my short stint on the season, we never had a chance to foster anything romantic (read as: John blew his chance and left the next day hahaha). The boundaries of our friendship with respect to her ongoing relationship never even required addressing, because it was never a thought in our minds that we would ever be anything more.” 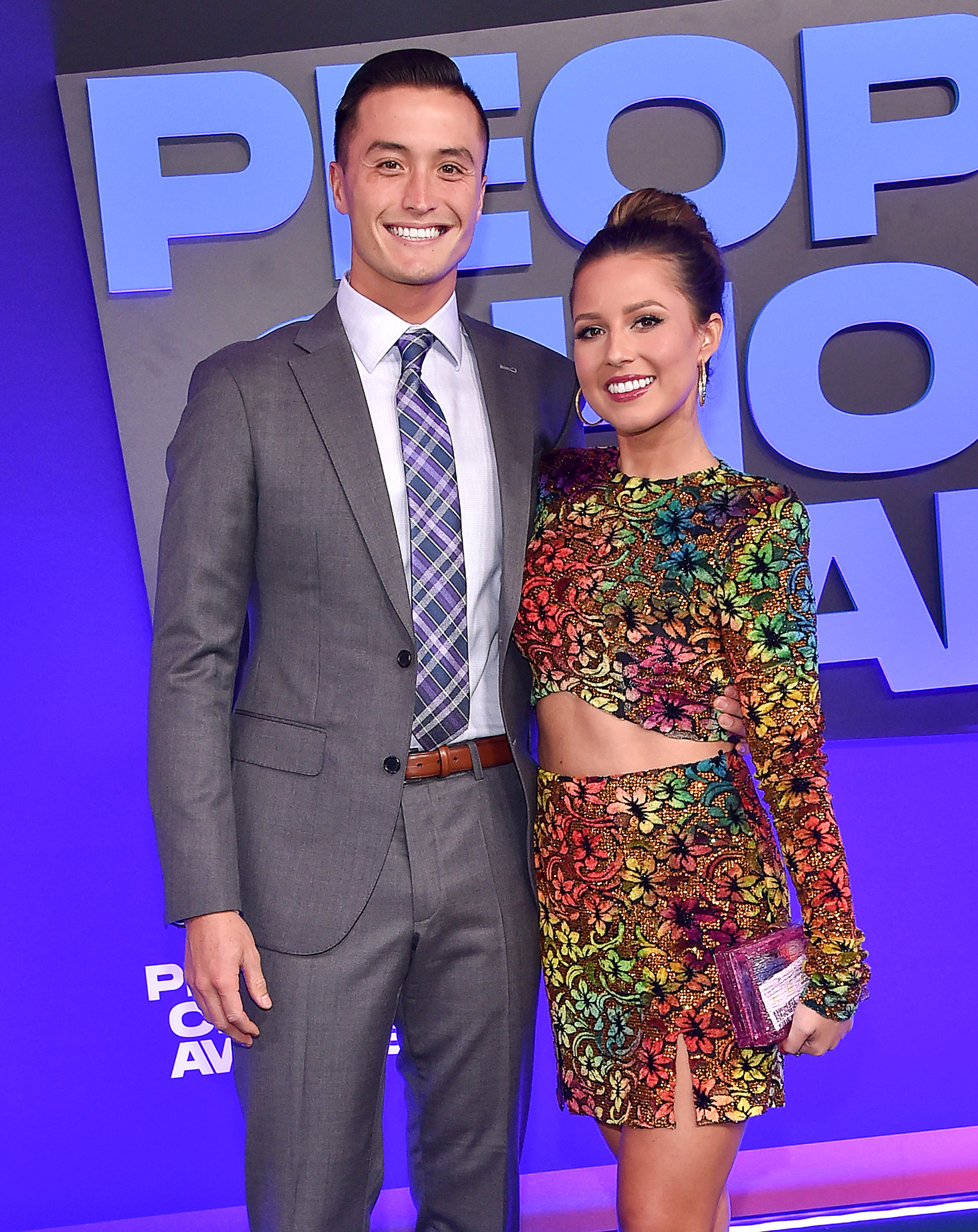 The duo have since offered fans a glimpse at their blossoming romance. Earlier this year, Hersey poked fun at the way their first meeting played out.

“I could have never dreamt up what this year had in store for me. I am both in awe of, and extremely grateful for the circumstances that brought us together,” he wrote in an Instagram birthday tribute for Thurston in January. “And thank goodness you dumped me on national television, or else we could have never gotten to where we are now. Falling for you was the best decision I never had a say in, and I couldn’t be happier. Cheers to another year around the sun- happy birthday beautiful girl!!”

Thurston, for her part, dedicated a poem to her boyfriend for their first Valentine’s Day together last month. “My heart danced in a way that was new. A crowded room but felt like us two,” she captioned the Instagram post. “Some talk about Cupid or love at first sight. I never understood until that very same night. Your eyes, that smile, you energized my soul. You ignited my world, leaving me whole. Once you found a rose floating at sea. I can’t help but think we were always meant to be.”