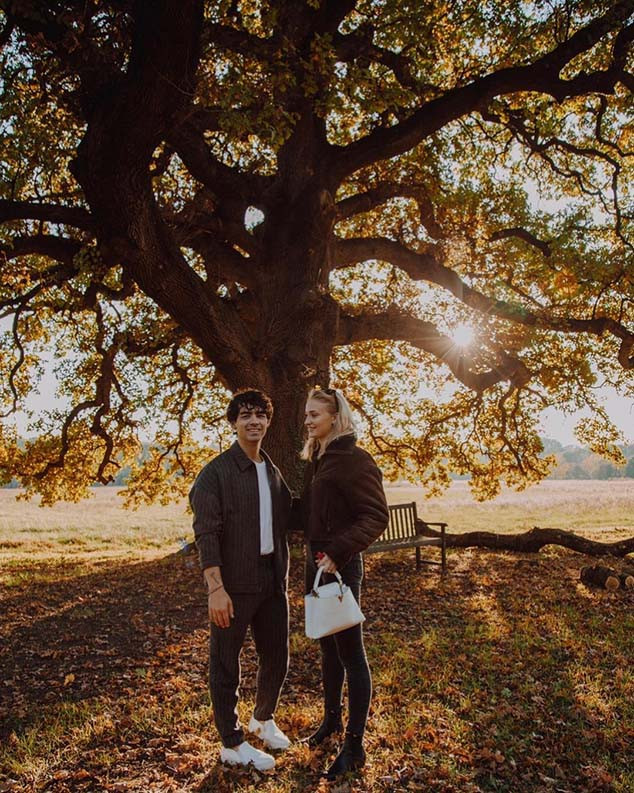 On Thursday, the 29-year-old DNCE singer threw a surprise birthday party for the Game of Thrones star, who turns 23 on Feb. 21. Jonas took to Instagram to share a series of photos from the bash, including PDA pics of the couple.

“My Valentine gets a surprise birthday party because she’s the f–king best,” Jonas captioned the sweet post.

In one photo, Jonas holds Turner close as they pose in front of balloons at the celebration. Then, in another party picture, the duo can be seen sharing a kiss.

Other social media snaps show a surprised Turner entering the bash, later posing in front of “happy birthday” balloons. Turner can also be seen taking shots with her pals at the birthday celebration.

My Valentine gets a surprise birthday party because she’s the fucking best. ?

My Valentine gets a surprise birthday party because she’s the fucking best. ?

Earlier in the day on Thursday, Turner took to Instagram to share a photo with Jonas in celebration of Valentine’s Day.

“Happy Valentine’s Day my love,” Turner captioned the picture of the couple. “You make me the happiest.”

It’s been over a year since Turner and Jonas announced their engagement to the world. The couple, who started dating in 2016, posted a photo of Turner’s pear-shaped diamond engagement ring on social media in Oct. 2017.

“I said yes,” she wrote. While Jonas captioned his post, “She said yes.”