There are plenty of couples in Hollywood who seem to have it all going for them, but no couple seems to complement each other quite like Jennifer Lopez and Alex Rodriguez do. In the two years since they’ve publicly been together, Lopez and Rodriguez are constantly showing each other plenty of affection on social media and supporting each other at big events. Don’t believe me? Check out Jennifer Lopez and Alex Rodriguez’s body language at the 2019 Grammys, because it’s proof that these two are totally there for each other through it all. You’d think they’ve been together for 20 years, instead of just two!

At Sunday night’s Grammys, Lopez was out in full force. Not only did she serve some serious fashion looks on the red carpet, but she also took to the stage to belt out a highly talked-about Motown performance. Rodriguez was all over his lady on the red carpet, but you should’ve seen his face as he watched her on stage doing her thing. Seriously, his picture belongs in the dictionary next to "Doting Partner."

Considering how in love the two seem on social media and at public events, does their body language reflect the personas they portray? Do J.Lo and A-Rod have what it takes to make their love last? Body language expert Patti Wood breaks it down, so read on.

1He lets her shine. 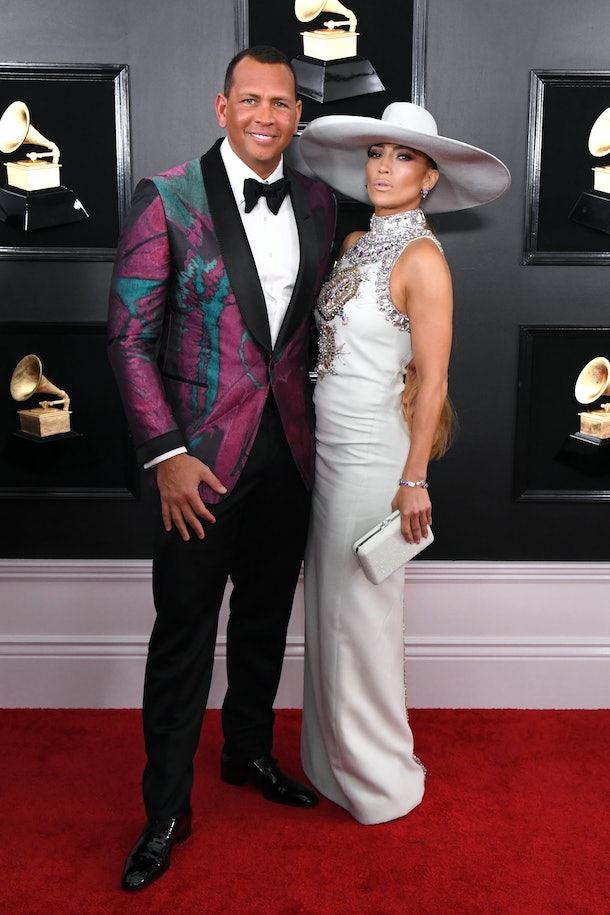 According to Wood, Lopez really stood out on the red carpet, and Rodriguez totally supported her. "She is in all-out model pose," Wood explains. "I have been analyzing her body language for a long time and she likes to pull away or step away from her partner and be seen and noticed first, and here she does just that, leaning back and away from him, shoulder back."

More, Wood says that Lopez’s accessories are saying more than you might first think. "Even her hat, called a ‘nonverbal artifact,’ makes her the center of the focus and keeps him from drawing closer in this photos. He slightly leans into her with his upper body and head, but keeps the fingers of his hand on her waist and hip slightly away and open as if he might break her."

Sure, they aren’t smiling wide and acting all lovey-dovey, but that doesn’t mean they aren’t connected.

2He wants her to be happy. 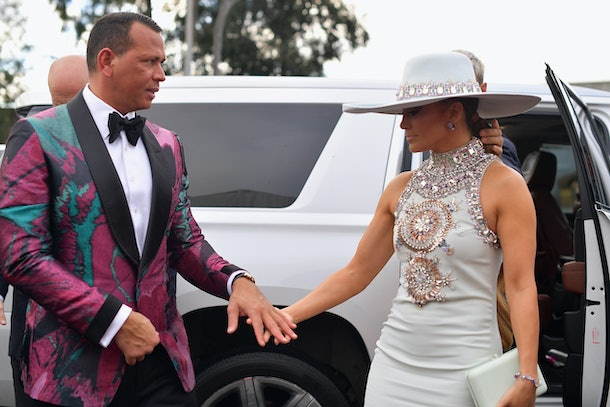 Grammys night is very much considered music’s biggest night, and seeing as how Lopez is a musical icon, it’s safe to say Rodriguez knew Lopez was going to take center stage. "Here you see him focus on her expressions to see how she is and what she wants," she says. "Note the way his hand and fingers are spread out."

Wood says that "in this moment, he wants to do as she would like. Remember this is her event, her industry rather than his so you see him show that." Again, Rodriguez is totally OK with letting his bae shine, and that’s pretty awesome.

3He can still take charge. 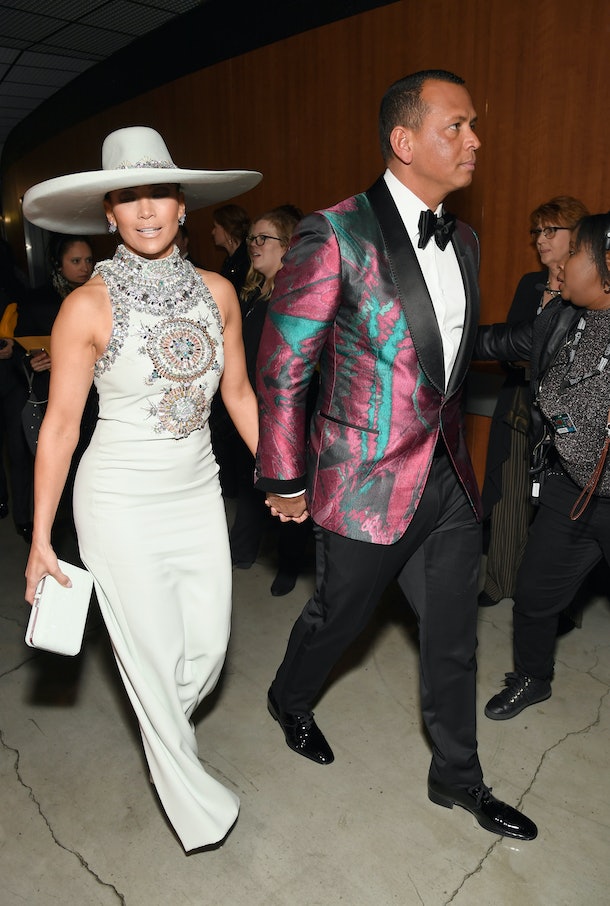 Finally, Wood says that Rodriguez and Lopez still have a balanced partnership, taking turns taking the lead. "He is leading the way," Wood says, about this photo. "Over the years we haven’t seen a lot of men leading her," she adds, so it’s interesting to see Rodriguez take charge. "Now we see him leading her, showing he is in charge, showing their relationship has two power people in it," Wood explains.

Looking gorgeous as ever, the body language between these two proves that Rodriguez is just as caring and doting as he looks in photos, but he can still be an anchor for her in their relationship. Nothing like a strong and steady Hollywood romance to restore your faith in love!