Jayne Wrightsman, a benefactor of the arts and grande dame of New York society whose celebrated collections of decorative and fine arts surrounded her life with grandeur and became treasures of the Metropolitan Museum of Art, died on Saturday at her home in Manhattan. She was 99.

The widow of Charles B. Wrightsman, an oil tycoon who died in 1986, Mrs. Wrightsman had no formal training in the arts, but became a connoisseur through decades of study, travel and experience in the field. Over many years, she and her husband gave the Metropolitan many of its most important European paintings and perhaps the finest collection of 18th-century French decorative arts in America.

Like her husband, she became a trustee of the Met. While giving millions to buy art and refurbish galleries, her involvement was often more personal. She spent many days walking through the galleries, examining paintings and artifacts, talking to curators, and analyzing the museum’s artistic needs.

In 1995, after Mrs. Wrightsman donated Delacroix’s 1835 “Portrait of Madame Henri François Riesener (Félicité Longrois)” and Monet’s “The Garden of Monet’s House in Argenteuil,” Carol Vogel, in a column in The New York Times, said she “has an eye for recognizing gaps in the museum’s collections and then filling them in.”

While she was not well known to the public — a status she preferred — Mrs. Wrightsman was arguably the most important patron in the modern history of the Met, and was a great patron of the British Museum, the Louvre and the Hermitage in St. Petersburg, Russia, as well.

“Jayne Wrightsman’s incredible impact on the Metropolitan Museum of Art cannot be overstated,” Max Hollein, the Met’s director, said on Saturday. “Through her beneficence, expertise and guidance, she has forever transformed the museum, and the museum will be forever connected with her.”

A formal photograph of Mrs. Wrightsman shows a rail-thin woman of aristocratic bearing in a palatial salon, with a Louis XVI secretary of exquisite marquetry and chairs made for Marie Antoinette. It is only a glimpse of the art that filled her 18-room apartment on Fifth Avenue, but the picture might as well have been taken at the opulent Wrightsman Galleries at the Met, which she and her husband donated.

She had come a long way from a broken childhood home in Michigan and early years in Los Angeles, where she attended high school, modeled swimsuits, sold gloves in a department store and ran with a crowd of young actors and playboys who took her to the Brown Derby and to parties at William Randolph Hearst’s castle at San Simeon.

She was only 24 when she married Mr. Wrightsman, a dashing and divorced oilman from Oklahoma who was president of Standard Oil of Kansas. He was 24 years her senior, had two children from another marriage, flew airplanes, played tournament polo and was socially ambitious. The couple knew little about art, but understood its cachet in society.

Over the next four decades, the Wrightsmans, through intensive study and travel, amassed what many experts called America’s most important collection of 18th-century French furniture and decorative pieces, as well as major acquisitions of paintings by European masters. The works filled their oceanfront mansion in Palm Beach, Fla.; their New York apartment; and their London duplex near Buckingham Palace.

They became close friends of President John F. Kennedy and his wife, Jacqueline, who were neighbors in Palm Beach, and of New York and Washington celebrities including the socialites Brooke Astor, Mercedes Bass and Rachel (Bunny) Mellon; Henry A. Kissinger, the former secretary of state; Annette de la Renta, wife of the fashion designer Oscar de la Renta; Katharine Graham, publisher of The Washington Post; and Allen Dulles, director of the Central Intelligence Agency. 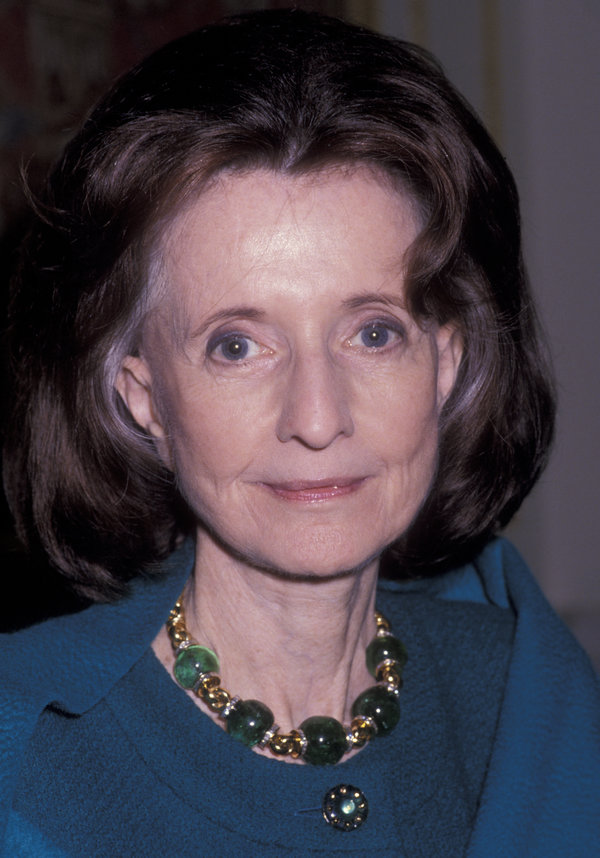 Dinners she organized in her Fifth Avenue apartment were, as one friend put it, “19th-century gatherings of aristocrats, politicians, writers, editors and museum directors.”

The apartment itself may have been one of the greatest de facto art treasuries in New York, filled with 18th-century French furniture, Ingres drawings and old master paintings, worthy of the Met or any other fabulous museum.

In a story recalled by a friend, Philippe de Montebello, the director of the Met from 1977 to 2008, was thumbing through an old notebook he had found on a table in Mrs. Wrightsman’s foyer.

“What’s this?” he asked casually.

In 1961, Mr. Kennedy was a houseguest of the Wrightsmans in Palm Beach for weeks, swimming daily in their heated saltwater pool as he recuperated from painful back problems. And Mrs. Kennedy, who shared Mrs. Wrightsman’s love of France and the decorative arts, chose her to assist in some of the White House restoration work the first lady supervised from 1961 to 1963. In 1964, after the president’s assassination, Mrs. Kennedy joined an Adriatic cruise on the Wrightsmans’ chartered 680-ton yacht.

As patrons of the Met, the Wrightsmans filled 13 period rooms with 18th- and 19th-century French sofas, chairs, tables, cabinets, desks, porcelain, carpets, clocks, candelabra, lamps, chandeliers, mirrors and wall paneling, much of it made for the salons of Louis XV, Louis XVI and Marie Antoinette.

The Met named the suite the Wrightsman Galleries for French Decorative Arts. The contents were documented in a five-volume catalog, “The Wrightsman Collection,” published in 1965 and 1966 by the Met and written by Francis J.B. Watson.

“Charles and Jayne Wrightsman little by little have assembled a collection of furniture and related works of art that may be favorably compared with the great national collections,” James J. Rorimer, the Met’s director at the time, wrote in an introduction.

Jane Kirkman Larkin was born on Oct. 21, 1919, in Flint, Mich., one of four children of Frederick and Aileen Larkin. Her father headed a construction company. When Jane was about 12, her parents split up. The mother and children moved to Los Angeles. Jane, who added a “y” to her given name, attended Los Angeles High School.

She had various jobs and led a busy social life. In a 2003 profile, Vanity Fair said she was popular with “socialites, playboys and aspiring film stars.” She met Mr. Wrightsman at a dinner party and they were married on March 28, 1944. He died on May 27, 1986, at the age of 90. Mrs. Wrightsman had no immediate family survivors. Two brothers, Frederick Jr. and Lawrence, and a sister, Katherine, had died previously.

For most of her married life, Mrs. Wrightsman shied away from publicity. Later, she appeared more often at fund-raisers and museum functions. When her friend Jacqueline Kennedy Onassis died in 1994, Mrs. Wrightsman gave the Met an 1817 portrait of the French statesman Talleyrand by Pierre-Paul Prud’hon in her memory.

Besides donating Monet and Delacroix paintings, the Wrightsmans over the years gave the Met works by Renoir, Vermeer, El Greco, Rubens, Georges da La Tour, Jacques-Louis David and Giovanni Battista Tiepolo. Virtually all of them had been displayed in the Wrightsman homes for years, providing a sublime ambience for dinner parties and quiet afternoons.

“It is important that these were not mere checkbook transactions, in which paintings moved directly from the dealer’s gallery or auction room to the Met,” John Russell, The Times art critic, wrote in 1986. “Many of them were held for 10, 15 or even 20 years. Lived with, they were scrutinized every day, at all seasons, and (not least) in all humors, before they went to the Met.”