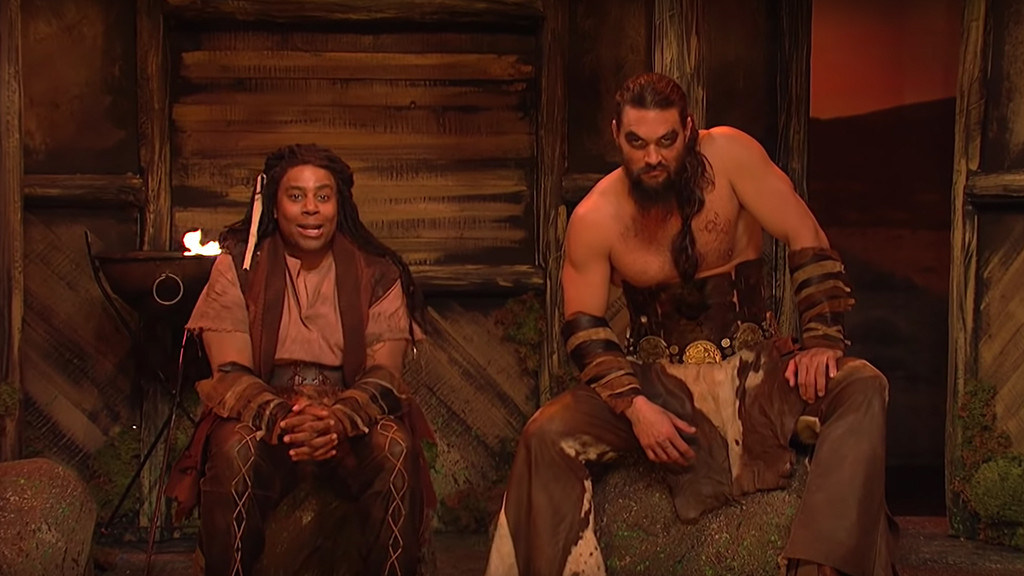 Khal Drogo is back!

Just like on the HBO show, Drogo is a…man of few words, and rather aggressive.

As a bonus, Kyle Mooney parodies Talking Dead host Chris Hardwick on a Khal Drogo’s Ghost Dojo after-show, and Drogo is not exactly a fan.

Watch the skit below.