If we’ve learned anything in the last year, it’s that it’s a scary time to be a man. There, I said it.

The world isn’t safe for men, what with all the women out there who call them out on their behaviour and insist on being treated with respect and dignity. 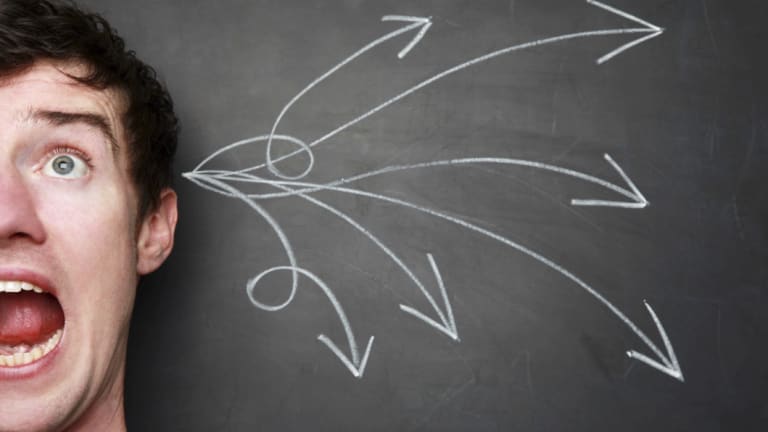 Clementine Ford has advice for this guy.

One minute you’re following a woman down a dark street at night, hollering at her from a car or even assaulting her, the next there’s some police report or criminal charges that ruin your life.

It’s a witch hunt, but not like the kind that was responsible for the murder of thousands of women who challenged the religious, patriarchal conventions of the society that oppressed them – like, a real witch hunt that makes men feel bad and scared about having to account for their abusive behaviour.

Yes, women worldwide are still being murdered for simply existing and enduring horrific levels of sexual violence but we surely all agree with President Donald “accused by dozens of women of sexual assault and who has actually admitted to sexually assaulting women” Trump that this is indeed a scary time to be man.

So what can men do to protect themselves in these terrible, horrible, no good, very bad times?

Well, here are some ideas!

There are some amazing new innovations out there when it comes to tech and safety. Up to this point, they’ve been entirely focused on women purchasing and using them as a means of protection, but that doesn’t really solve the problem does it?

I mean, a pair of rape prevention shorts are all well and good up to the point someone holds a knife to your throat. And sure, it’s great to be able to figure out if your drink has been spiked by testing it on your magic nail polish, but that doesn’t really ferret out the people who are out there slipping roofies into the drinks of women who weren’t paranoid and man-hating enough to think they needed a nail polish that could test if their drink had been spiked.

Imagine if men could protect themselves from sexually assaulting/harassing someone (or trying to) just by putting on a pair of pants or running an app on their phone?

The boffins over in Silicon Valley need to get to work making an indestructible zipper or belt for a modern man to wear that can only be removed by the robot who will also live in his house so he can be stored in his vented iron box for the night and kept safe from the pointy fingers of squawky women.

Also, a device that can be implanted into men’s larynxes so that any time they catcall or yell at women on the street it will slowly constrict until they pass out. Very unpleasant, and a sure way to stamp out practices that result in very scary testimonies from women just trying to get on with their day.

The thing is, the times are scary for men. You’re not allowed to do anything anymore without someone telling you to stop. You just wanted to whack a lady on the arse at a pub but she went and got all feminazi on you.

I mean, if she didn’t want to have her arse whacked then why did she bring her arse out with her? Women say one thing but mean another. They’re so hard to understand. She was talking to you, wasn’t she? Doesn’t that mean she wants you to pressure her for sex until her no turns into a yes?

But with judges now only mostly instead of always likely to agree with you, you just can’t risk it anymore.

That’s why you have to stop talking to women completely. If you find yourself in a room with women, it’s important that you remove yourself just in case one of them decides your hilarious jokes about kitchens and sandwiches and domestic violence are ‘uncool’. Understand that the world just isn’t safe for you, so practice some common sense and take the necessary precautions.

Let’s face it, women and their #metoo obsession have taken over the world. With so many men unable to control themselves at all times of the day or night and putting themselves in extremely risky and scary situations in which women might actually report them, it just makes sense to stop dealing with women altogether.

Look to the growing movement of Men Going Their Own Way (MGTOW) for an example. It’s not a very good example I’ll grant you, because so far all they seem to do is talk about it A LOT to any woman who’ll listen, but you get the idea.

What men need to do is to build a giant floating ark and go and live on that for the rest of time, or at least until the world implodes from the devastating climate change mostly male run governments have done nothing to curb. I’ve thought about this a lot, and I’m afraid it’s almost the only answer.

Well, almost. There’s one other option.

Have you all thought about not harassing women? About not abusing us, raping us, beating us and even killing us? It’s a wild prospect I know, but it might just be the key! I mean, I can’t quite imagine what it’s like to be afraid everyday or to live in fear but I feel like maybe just treating women like humans you have empathy for could be probably an option to explore?

Nah. Just build the boat. Women will feel a lot safer with you all out there isolated on the high seas, but the important thing is that so will you. And we all know that it’s your feelings that really count here.