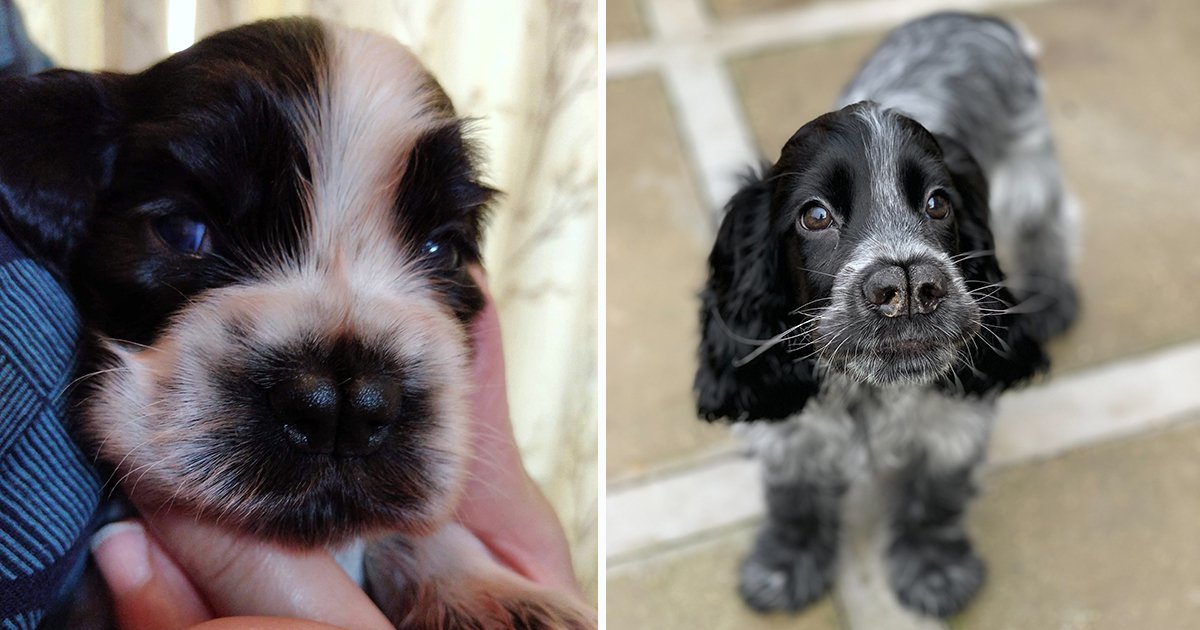 A sweet spaniel hasn’t been permitted to compete in dog shows because her one nose split into two as she grew.

Shelby, one, wasn’t born looking any different to the other puppies in her litter, but not long before she moved to her forever home in Royston, Hertfordshire, her nose started to separate.

Owner Becky Littlechild, didn’t change her mind about wanting Shelby, and says her second hooter makes her even more adorable and even better at sniffing things out.

Becky, 39, said: ‘She can’t be shown because her nose isn’t standard, but I just think it makes her even cuter.

‘Whenever we go out on walks people are in amazement of her.

‘Everybody will stop and stare at her and ask me how she has two noses.

‘Even my vet had never seen anything like it before.’

The dog’s double nose is a result of being born without the connecting cartilage which supports the septum.

Instead, the soft skin of Shelby’s nose split into two separate noses with one nostril in each.

Vets have confirmed that her two noses won’t cause her any pain or breathing problems, and mum-of-three Becky believes this little quirk is just part of what makes Shelby special.

The beloved family dog, who lives with stay-at-home mum Becky, her electrician husband, Mark, 42, and their three children Freya, 6, Ruby, 8, and Evie, 10, spends most of the time with her two noses to the ground.

Becky said: ‘She was the only girl left in her litter, and we knew we wanted a girl, so we chose Shelby.

‘But a few days before she came home the breeder rang us to say the ridge down the middle of her nose was getting deeper and warned that it would mean she would not be allowed in shows.

‘It didn’t matter to us, as long as she was healthy, and it wasn’t causing her pain.

‘I was initially worried that it might affect her breathing, but it doesn’t cause her any issues at all.

‘If anything I think she can smell twice as well as a normal dog.

‘She’s constantly got her nose to the ground when we’re out on walks.

‘Having two noses is just what makes her even more special.’