An Irish politician has left his colleagues shocked after joining a group Zoom call while driving his car.

His dangerous actions have been captured in a video which shows him driving while using a device to connect to the meeting and has sparked outrage.

Another TD who was on the same call told the Mirror: ‘I couldn’t believe it when I saw him. At first I thought someone had put in a video of James Corden in his Carpool Karaoke sketches.’ 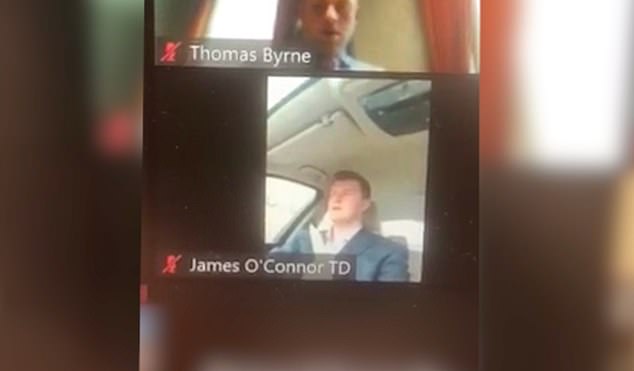 The colleague added that they thought it was ‘a joke’ but said it was in fact ‘a very serious matter.’

The TD was driving while taking part in his party’s weekly Parliamentary Part meeting, which was being conducted via Zoom.

In a video taken by a colleague on the call, James could be seen behind the wheel of his car while in a gallery of TDs, Senators and MEPs taking part in the PP meeting.

During the short clip, he could be seen glancing occasionally at the camera while driving, as well as removing a hand from the wheel and wiping his nose. 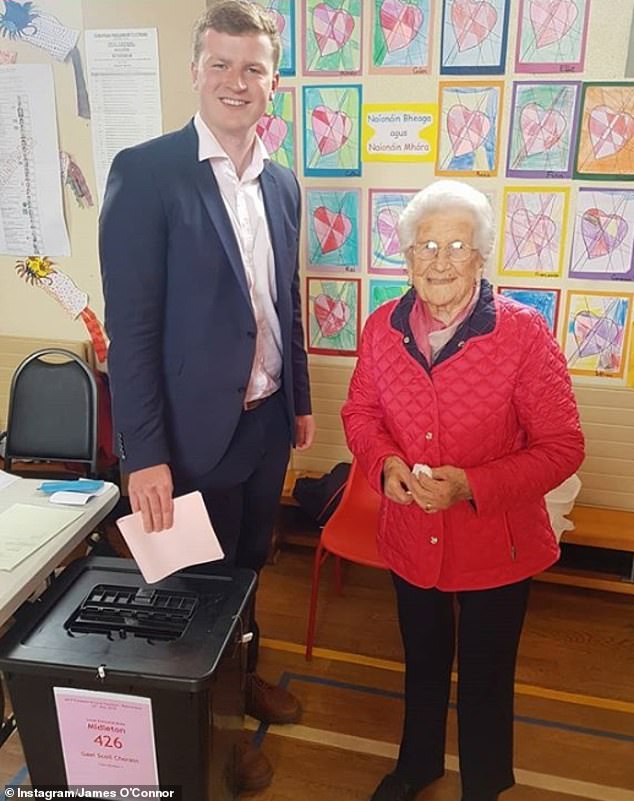 The 23-year-old, who is the youngest TD in the Dáil, has now admitted his possible misdemeanor  (pictured, voting last year)

Gardai consider Zooming at the wheel to be a possible offence under road traffic legislation.

An Garda Síochána confirmed to the Irish Mirror that video conferencing could be considered several offences, including ‘dangerous driving, careless driving or driving without due care and attention’.

These are punishable on a number of grounds, with penalties as severe as loss of licence.

James, who is the youngest TD in the Dáil, has now admitted his possible misdemeanor. 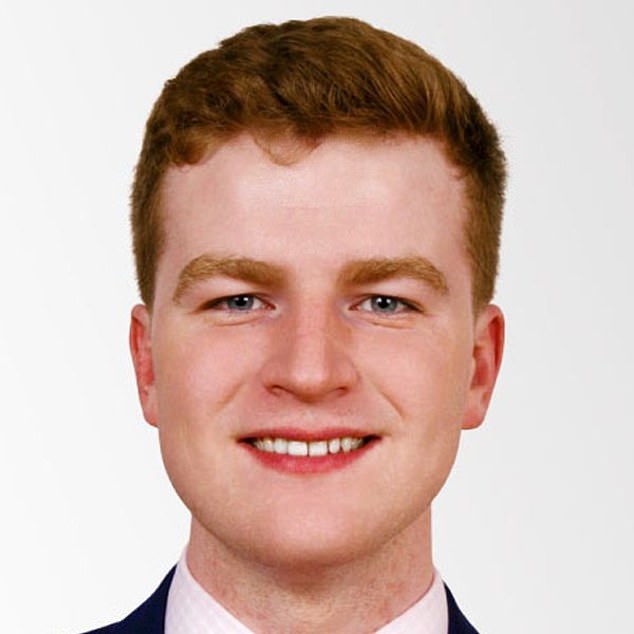 A Fianna Fàil spokesperson told The Mirror: ‘Deputy O’Connor attended the Fianna Fàil PP meeting for a brief period via a hands free kit in his car while driving from Mount Street to Leinster House for approximately three minutes.

‘Deputy O’Connor made one contribution during the call to the PP meeting once he reached his Leinster House office.’

It comes weeks after a senior experienced councillor who joined a virtual council meeting while driving a lorry was blasted for putting himself and other road users in a ‘dangerous situation’.

Councillor David Brown – who held the tourism, arts and culture brief on Boston Borough Council – appeared at the cabinet meeting on Wednesday, September 9 from the cab of his moving vehicle.

The law on using phones behind the wheel

It’s illegal to hold a mobile phone or a sat nav while driving or riding a motorcycle. Motorists must have a hands-free device such as a bluetooth headset or a windscreen mount.

The device should not block your view of the road or traffic in any way. Police have the right to stop any driver they think is not in control and can prosecute them.

The law also applies when motorists are stopped at traffic lights, queuing in traffic or supervising a learner driver.

It’s only permitted to use a mobile phone when you’re safely parked, you need to call 999 or 112 in an emergency and it’s unsafe or impractical to stop.

Motorists can get six penalty points and a £200 fine if they are caught using a hand-held phone while driving. They will also lose their licence if they’ve passed their driving test in the last two years.

Failing to have full view of the road and traffic ahead or proper control of the vehicle can result in three penalty points.

Drivers can also be taken to court where they can be banned from driving or riding and get a maximum fine of £1,000 (£2,500 if you’re driving a lorry or bus).

He is seen looking at the screen and adjusting it on several occasions as he drives and at one point even takes his hand off the wheel to wave at the device to show his attendance when he discovers his microphone is muted.

He drove for at least 20 minutes before disappearing from sight – and then reappeared on the screen for the rest of the meeting after he seemingly parked up.

Zoom came to prominence during the coronavirus lockdown as millions turned to the service to help communicate with colleagues while working from home.

Zoom previously said in April that it has around 300 million daily Zoom meeting participants globally.

While in the UK, user numbers rose from 659,000 UK users in January to 13 million in April, according to Ofcom.