Welcome to Deadline’s International Disruptors, a feature where we’ll shine a spotlight on key executives and companies outside of the U.S. shaking up the offshore marketplace. This week, we’re speaking to esteemed UK TV executive Jane Tranter, co-founder of Bad Wolf. The company is behind hits such as His Dark Materials and A Discovery Of Witches and recently sold a majority stake to Sony Pictures Television. In her first interview since the deal, we take a deep dive into Tranter’s career and Bad Wolf’s ambitions for the future.

Jane Tranter doesn’t do things by halves. When the former BBC drama chief decided to launch UK-U.S. indie label Bad Wolf in 2015 with her long-time colleague and former BBC Wales Head of Drama Julie Gardner, she didn’t just want to be the producer of high-end TV content for the global television market, she also wanted to build a permanent studio to house these ambitious productions. Crucially, she wanted to do this in Wales.

To some, it may have seemed a bold move to base the fledgling company some 220 miles west of London, but for Tranter it was a no-brainer. She and Gardner already had years of experience working in Wales when together with Russell T. Davies they relaunched Doctor Who in 2005 and produced its spin-off Torchwood in the country. The move reignited the local television industry and paved the way for additional BBC dramas such as Sherlock, Merlin and Casualty to all locate and shoot in Wales.

“I felt very strongly when setting up Bad Wolf that what I didn’t want was to be based in London and have all the productions be miles away,” Tranter tells Deadline. “I knew I wanted to build a studio that had the capability of housing fantasy and period dramas such as His Dark Materials but could also look to add things like training, philanthropy and open the doors of our industry to school kids and help educate children about jobs available in our industry. I wanted to build a classroom in the studio and do all these things. Wales was the perfect place to do this.”

It was a tall order, but Tranter was undeterred in her vision, and since then the well-liked exec has crafted Bad Wolf into one of the most imaginative and relevant companies in the UK drama space. Since its inception nearly seven years ago, Bad Wolf has produced projects such as The Night Of for HBO, three seasons of Philip Pullman’s beloved trilogy His Dark Materials for HBO and the BBC and three seasons of A Discovery Of Witches for Sky and AMC Networks. It’s also just wrapped season two of investment banking drama Industry with HBO and the BBC and there’s a second season of UK hit I Hate Suzie in the works. Tranter was also an exec producer on HBO hit Succession. 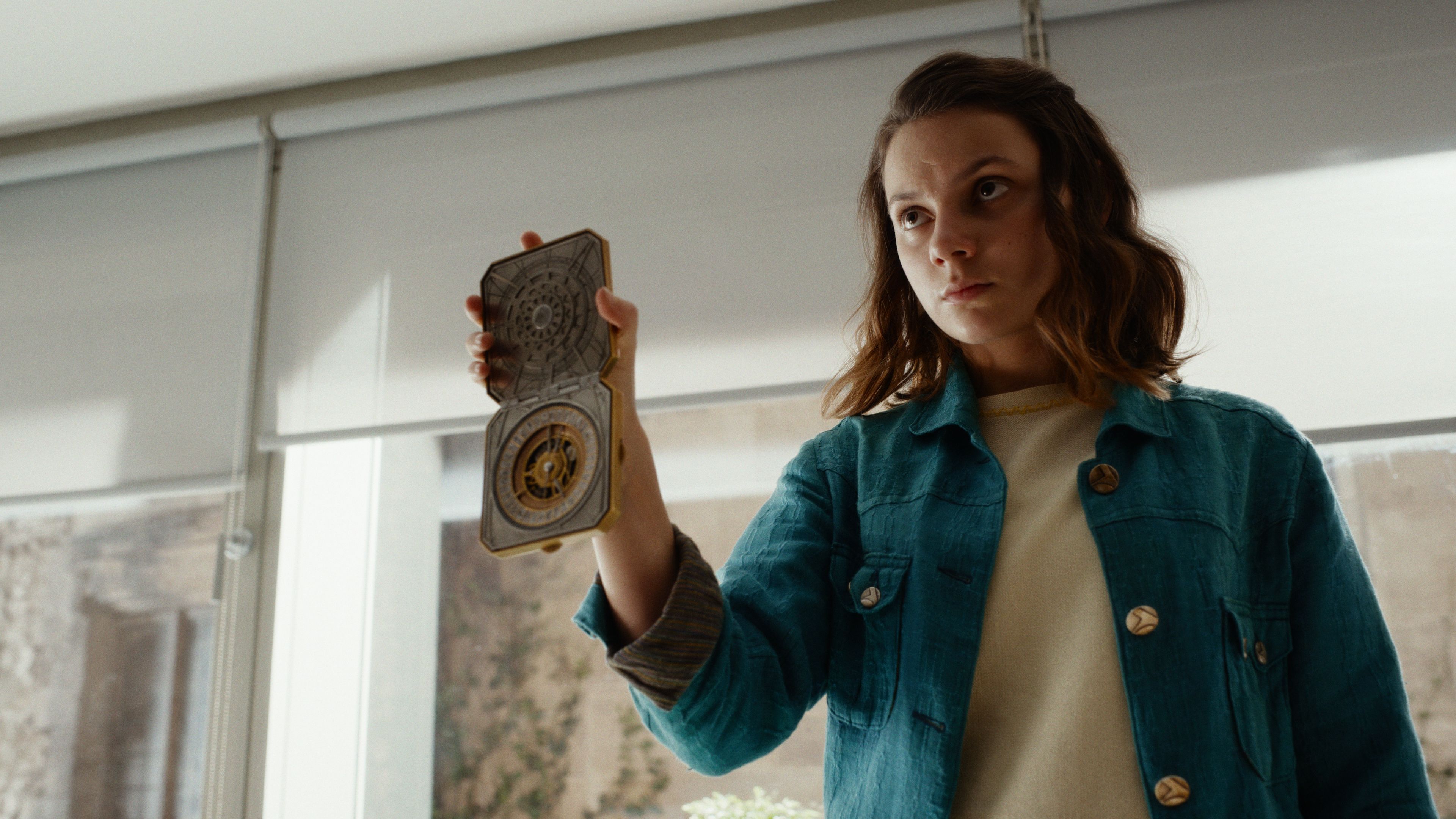 In December, Sony Pictures Television took a majority stake in Bad Wolf, buying out minority stakes held by Sky/HBO and Access Entertainment. That deal was reported to be worth around £60M ($79.2M) and includes the vast 250,000 square-foot Wolf Studios sound stage situated just outside of Welsh capital Cardiff and Bad Wolf’s 30% stake in Bad Wolf America.

Tranter says Sony is the perfect fit as Bad Wolf moves into the next stage in the international TV marketplace. Tranter had worked with Wayne Garvie, Sony Pictures Television President, International Production, during her six-year tenure heading up BBC Worldwide in L.A. so there was already a working relationship established. The two are due to deliver keynotes at this year’s Mip TV in Cannes early next month.

“I knew with Wayne and Richard Parsons [SPT exec VP of operations, international] it would be a good working experience for our company and whilst that’s not the only reason we did the deal with them, it’s important when you’re putting your trust into the next stage of development for your company,” says Tranter.

SPT also has majority stakes in UK-based producers Eleven and Andy Harries’ Left Bank Pictures and Tranter said she could see what Bad Wolf could bring to the table that would be different from these strong outfits.

“It feels like a really strong seal of approval to be part of this group,” says Tranter. “It felt also like Sony didn’t have so many companies that we would feel like we wouldn’t matter. Sony’s distribution arm is strong and it’s the only truly independent studio left in the U.S., and I like the independence of that. Plus, it’s a very well-run operation and they offer us good support systems as well as a good strategic partnership on a bigger level.”

Having this muscle behind Bad Wolf, says Tranter, will enable the company to continue delivering ambitious content with a broad range of talents while also continuing to build infrastructure in and around Wales. Interestingly, one of the company’s key development priorities now, she says, is in the romance space.

Tranter says that seeing how well audiences connected with the love affair between Matthew (Matthew Goode) and Diana (Teresa Palmer) in A Discovery Of Witches was a real eye-opener in terms of how underserved the romance genre is in the UK, despite there being a huge readership of romantic literature. Tranter is keen to translate that in a real and authentic way that is recognizable to audiences. 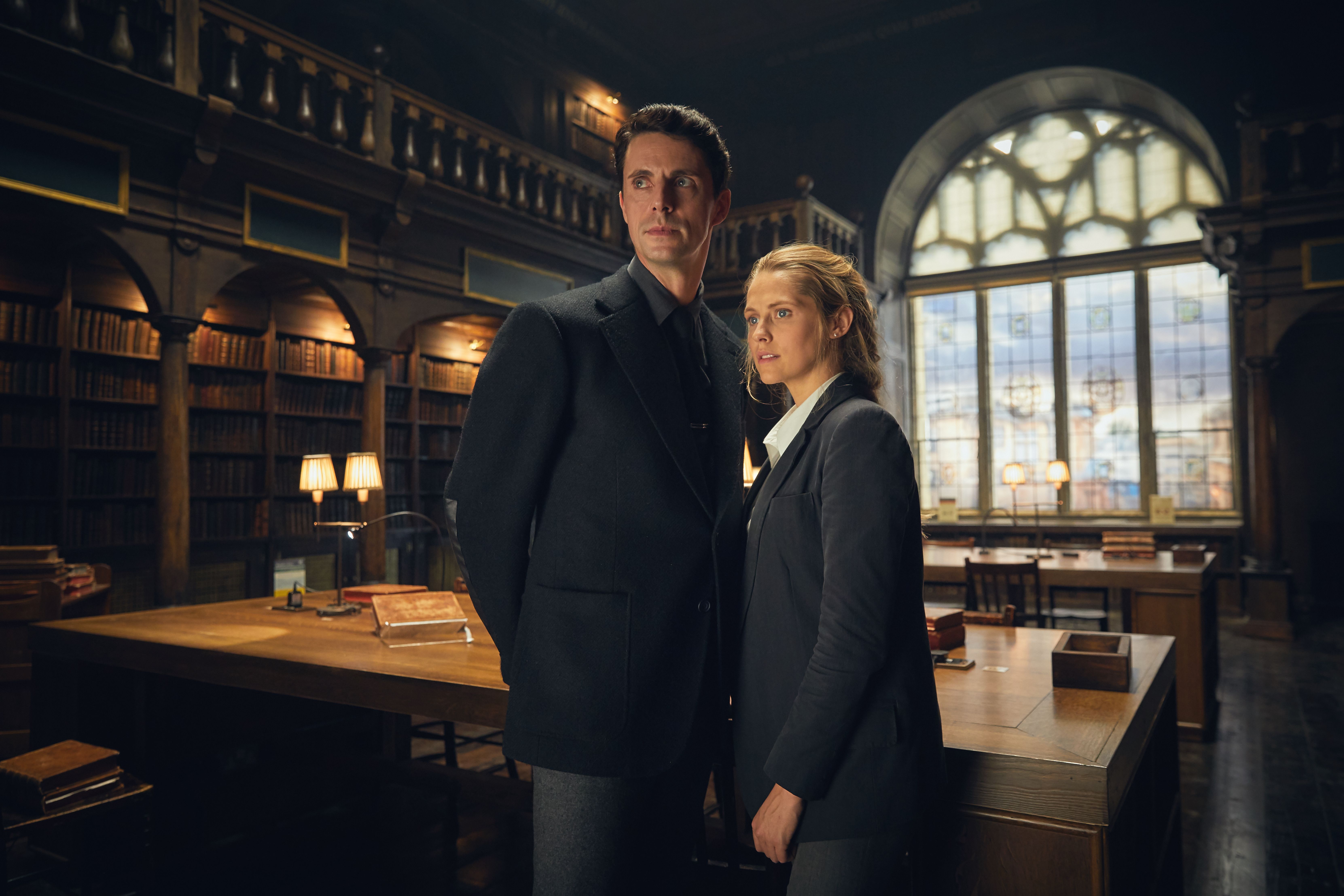 “I think one of the things that A Discovery Of Witches has really shown me is how much romance is really missing in British TV,” she says. “I think, particularly in British television, we’ve been too cynical or too awkward for romance. We’re very good in the UK at writing about a bitterness to human relationships and writing about marriages where the cracks are showing but sometimes life is joyous and love does win out. One of our key development priorities now at Bad Wolf now is romance. I’m keen to put the romance back into British TV so watch this space.”

Tranter’s career was born through humble beginnings. After studying English at university in London, she knew she wanted to work either in the entertainment field or in fashion. When she was offered jobs at both the Royal Shakespeare Company and London department store Liberty, she decided to do neither.

“At the end of the day I wanted to work with living authors,” recalls Tranter. She spent six months working as a secretary at BBC Radio before moving over to the drama department where she rose through the ranks to eventually become a producer. She then moved to ITV where she was a commissioning editor before returning to the BBC where she worked for former head of BBC Films David M. Thompson.

In 2000, she was promoted to Controller of Drama Commissioning at the BBC, where she was responsible for the company’s entire output across all channels overseeing shows such as Spooks, Waking The Dead and transforming Casualty and its spin-off Holby City.

After relaunching Doctor Who, Tranter and Gardner subsequently moved to L.A. with Tranter heading up BBC Worldwide Productions and sister label Adjacent Productions. They produced more than 850 hours of scripted and unscripted programming for the U.S. and international television markets. While there, the duo produced three seasons of historical drama Da Vinci’s Demons for Starz and Fox, which they brought to shoot in Wales.

It was while working on the set of Emmy Award-winning The Night Of in New York that Tranter felt it was time to break off into the independent television space.

“I think there was a feeling of ‘if I don’t do this now, I’m never going to do it,’” Tranter recalls. She was heavily influenced by the use of studios and the community of crews in New York and felt that she could establish something similar in Wales. 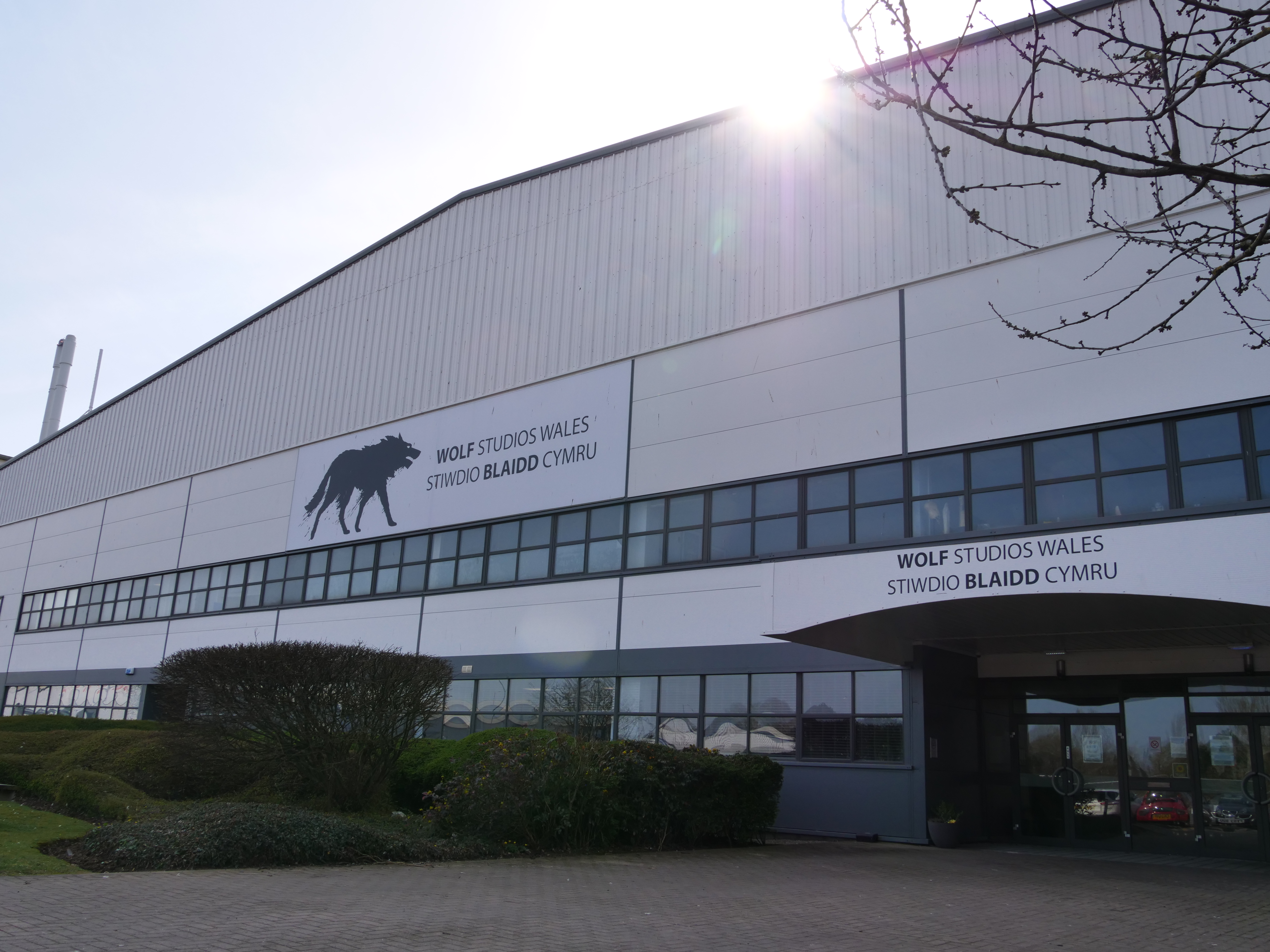 Tranter had recently scored the rights to the hugely ambitious His Dark Materials and felt there wasn’t a studio big enough in the UK (Pinewood in England aside) to house the project in the way she saw fit. Having enjoyed working in Wales before, she knew how committed and passionate the crews were and that she could entrust them with such a big-scale project.

“There wasn’t a studio that had the ceiling height or the scale for what we had to build so we went to the Welsh government and asked them to help us,” she says.

The company took a commercial loan from the Welsh government and Tranter sold minority stakes of Bad Wolf to Len Blavatnik’s Access Industries, HBO and Sky to fund the studio and early pre-production on His Dark Materials. Today, Wolf Studios is now one of the busiest studios in Europe, generating thousands of jobs in Wales. Since Bad Wolf was launched, the company has generated £259M ($341.7M) of inward investment in Wales.

“When I look back at it, it was one of those things where if you have a vision, sometimes it doesn’t do to think too carefully about it – you just have to do it,” says Tranter. “I think if I had ever looked down, it would have been very scary. Sometimes when I walk into Wolf Studios and see it through someone else’s eyes, I literally think ‘Fuck, what was I thinking?’”

Bad Wolf’s ambition to foster a global production hub led to the creation of Screen Alliance Wales, based at Wolf Studios, in 2018. The non-profit organization aims to educate, promote and train production crews and build infrastructure from primary school to graduates, giving the next generation access into the industry.

“I knew no one in the industry,” Tranter recalls of starting out in the business. “My parents, as forward-thinking as they were, were both brought up with messages that any form of working in our industry felt like a form of showing off. So, for me to dream about going and working in a storytelling environment somewhere felt like a very, very bold step and one that I was doing entirely on my own.”

She adds, “It can be very difficult finding access particularly if you’re coming from an area where your education hasn’t necessarily been as good as it might have been for someone else. People need help and routes in, and we try and help make that process easier.”

This week’s edition of Deadline’s International Disruptors is presented by Guillotine Vodka. 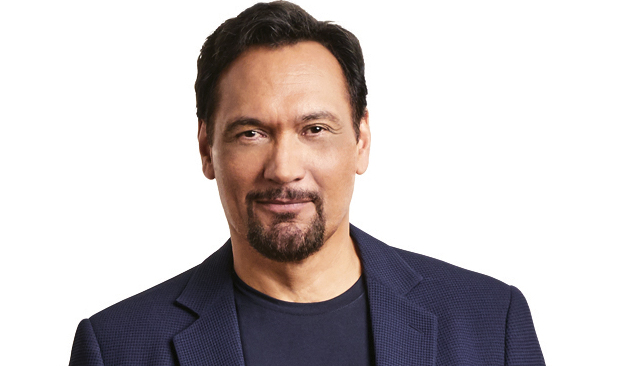 ‘The Lost City’ Set To Hook Women As It Kicks Off Big Spring Slate: Weekend Preview