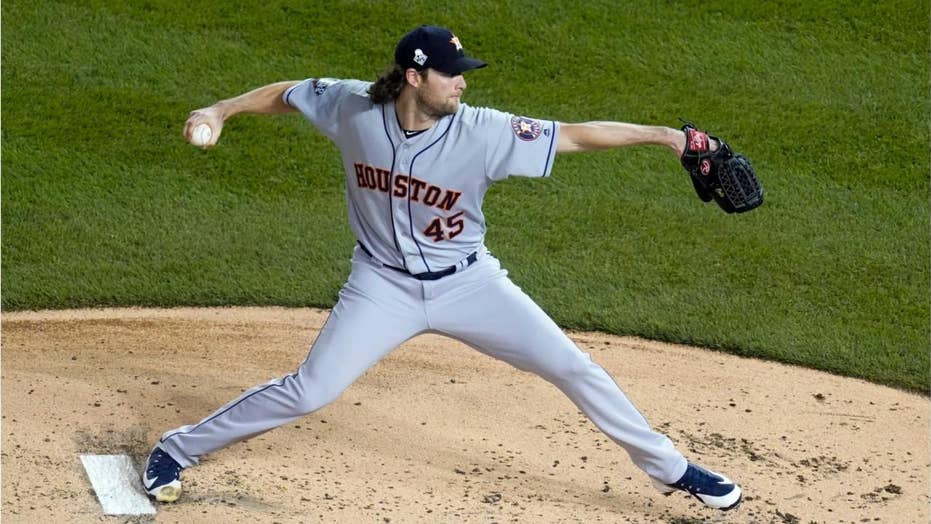 A pair of social media personalities claim they’ve been banned indefinitely from Major League Baseball stadiums. This is the punishment they received for exposing their breasts to Astros pitcher Gerrit Cole during game 5 of the World Series.

One of the women who flashed her breasts at the World Series says she did it for the greater good.

“To clarify, yes we knew we would get banned, yes the [banishment] letters are real, and yes, I would do it again lol. More importantly, subscribe to @SHAGMAG_ because the proceeds go directly to women with breast cancer to pay for their medical bills,” Summer tweeted.

Earlier in the day, Summer also appeared to reply to a commenter who tweeted: “I don’t care that they show t—s or whatever… but I have breast cancer, and I’m not sure how that helps me in any way.”

Summer posted: “Our proceeds from @SHAGMAG_ will be going to women with breast cancer and paying off their medical bills. Meeting with them in person and doing whatever we can to help with the platform we have."

Summer, along with Rose, shared copies of their banishment letters Monday on social media. League spokesperson Michael Teevan told USA Today that the women had been banned, stating Major League Baseball “distributed a letter to the individuals in question, and the letter set for an indefinite ban for each.”

Summer and Rose were said to be in violation of fan conduct, according to the letters posted online.

“During the game, you violated the fan code of conduct by exposing yourself during the 7th inning, in order to promote a business,” the note read.

The Astros didn’t budge with the distraction, however, as they claimed their third straight victory and now lead the series over the Nationals, 3-2.

This article originally appeared in the New York Post.