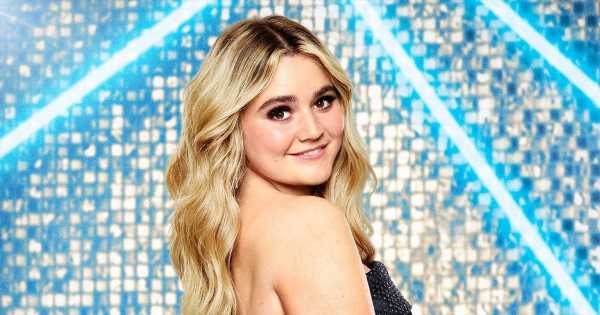 It hasn't been the easiest ride for the gorgeous star, 20, who was trolled by 67-year-old LBC presenter Steve Allen and called a "chubby little thing."

However the comments have showed no signs of stopping the talented blonde beauty and it turns out she's set to make quite the fortune from her time in the public eye so far.

In fact, she could be banking seven figures very soon as a result of her Strictly stint.

An insider told The Sun that "she could bank a million over the next couple of years".

Before Strictly, Tilly was already a well known face on TikTok with the star boasting a whopping 9.7 million followers.

The star is also a big presence on Instagram and has a large following of 1.2million on there too.

The source continued to say: "She has had loads of offers for endorsements and brand partnerships because companies can see how much appeal she has — especially because of the graceful way she has dealt with being shamed over her body."

The insider continued to tell the publication: “She’s an incredibly hard worker and is juggling university and the show so she will be weighing up her options carefully.

“But ultimately, even if she doesn’t get her hands on the Glitterball trophy she will still be leaving Strictly as a winner."

Tilly's net worth will likely be impressive from her Instagram and TikTok fan base alone.

Tilly and Nikita fought to stay in the show on the most recent Strictly, as they went up against Adam Peaty and Katya Jones.

Luckily for Tilly, the judges opted to keep her and Nikita in and sent Adam and Katya home after their dance offs.

As a result, the pair will dance another week in a bid to win the Glitterball trophy.

Tilly's famous dad Gordon Ramsay has been throwing his support behind his daughter while on the show.

Doting dad Gordon took to his Instagram account to praise "role model" Tilly with a slew of sweet father and daughter snaps.

"I can't think of a better person to share my birthday with than this adorable gracious young lady @tillyramsay. Always putting others first before herself and you've grown up to become an amazing role model," he gushed.

For more showbiz and Strictly news, sign up to OK!'s daily newsletter here