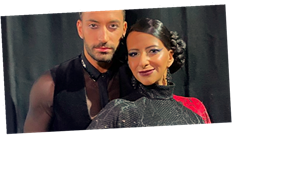 Ranvir Singh recently wowed fans by making it to the semi-finals of Strictly Come Dancing alongside her dance partner Giovanni Pernice.

However, although she may have left the ballroom behind, it seems the Good Morning Britain presenter will soon be waltzing all the way to the bank.

The host has reportedly been given a huge new contract with ITV which will make her one of the highest paid stars on the channel.

The brand new contract means Ranvir will host different programs across the channel and be seen more regularly on GMB in the absence of Piers Morgan and Susanna Reid.

A source told the Daily Mail: "Ranvir is loved at ITV and by its viewers, she has everything that the channel needs to move forward.

"There are lots of high-profile projects in the pipleline too. The intention is that she will be one of the more used presenters. Nobody wants to lose her."

But with all the extra work she will be doing, it is a good job her home in Chilterns is so cosy.

She shares her home located in the north-west of London with her eight year old son Tushaan.

We got a glimpse of the beautiful surroundings of her country home when she was introduced to Giovanni on the first episode of Strictly.

The pair enjoyed a long dog walk around Chilterns, while initially getting to know each other.

Inside her home is her kitchen which includes a large sink, grey blinds and a blue vase filled with beautiful flowers.

She has also chosen oak-coloured cupboards, along with black granite surfaces that feature white flecks.

Ranvir, 43, demonstrated her cooking skills in one Instagram video, and the kitchen provided the perfect setting.

She clearly likes homemade touches, as her black fridge is covered in artwork presumably by her young son.

While she also previously showed off one Christmas decoration that she was gifted by her Good Morning Britain colleague Kate Garraway.

Her close friend had written her name and the year ‘2014’ on the back to remind Ranvir where the gift came from.

It was not just on the Strictly dance floor where Ranvir likes to experiment with fashion. She has an extensive wardrobe at home too.

Her house also includes a cream leather sofa, which her cockapoo Shmizzels enjoys lounging on.

Ranvir told OK! that if she hadn't have gone on Strictly she'd be spending her Saturday nights in a very different way. "I’d order in a Wagamama on Deliveroo and get comfy on the sofa with my son.

"He couldn’t believe it when I told him I’d been asked to take part. His face lit up!"

Her sofa is still used after the invigorating live shows. "All I want to do is lie on the sofa with a hot-water bottle and groan a little!," she told us.

Ranvir laughed off the romance rumours surrounding her and Giovanni during the exclusive chat telling us: "If I got hit by the curse, it would be a bloody miracle!

"Oh my God, that would be hilarious.

"Do you know most of the dancers were born in 1990 or something?

"I’m old enough to be their mother!

"It’s very optimistic and complimentary that anyone would think I would be struck by the curse."