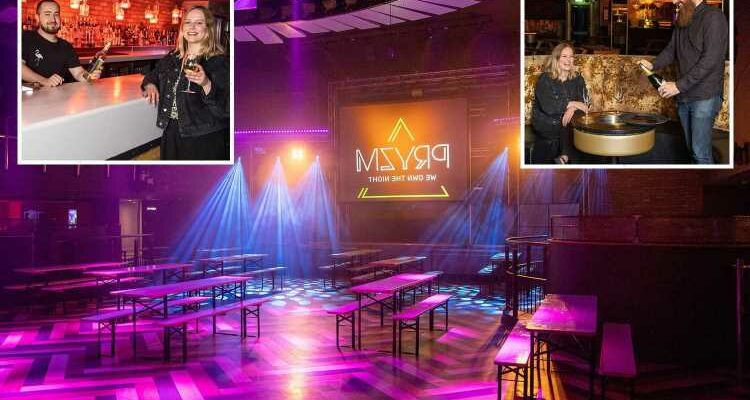 IT had been more than 15 months since I last stepped inside a nightclub when I arrived at Pryzm in Watford last week.

Instead of joining a jostling queue outside, I popped in on my own on a sunny weekday afternoon to get an inside look at how nightclubs are preparing to reopen next month. 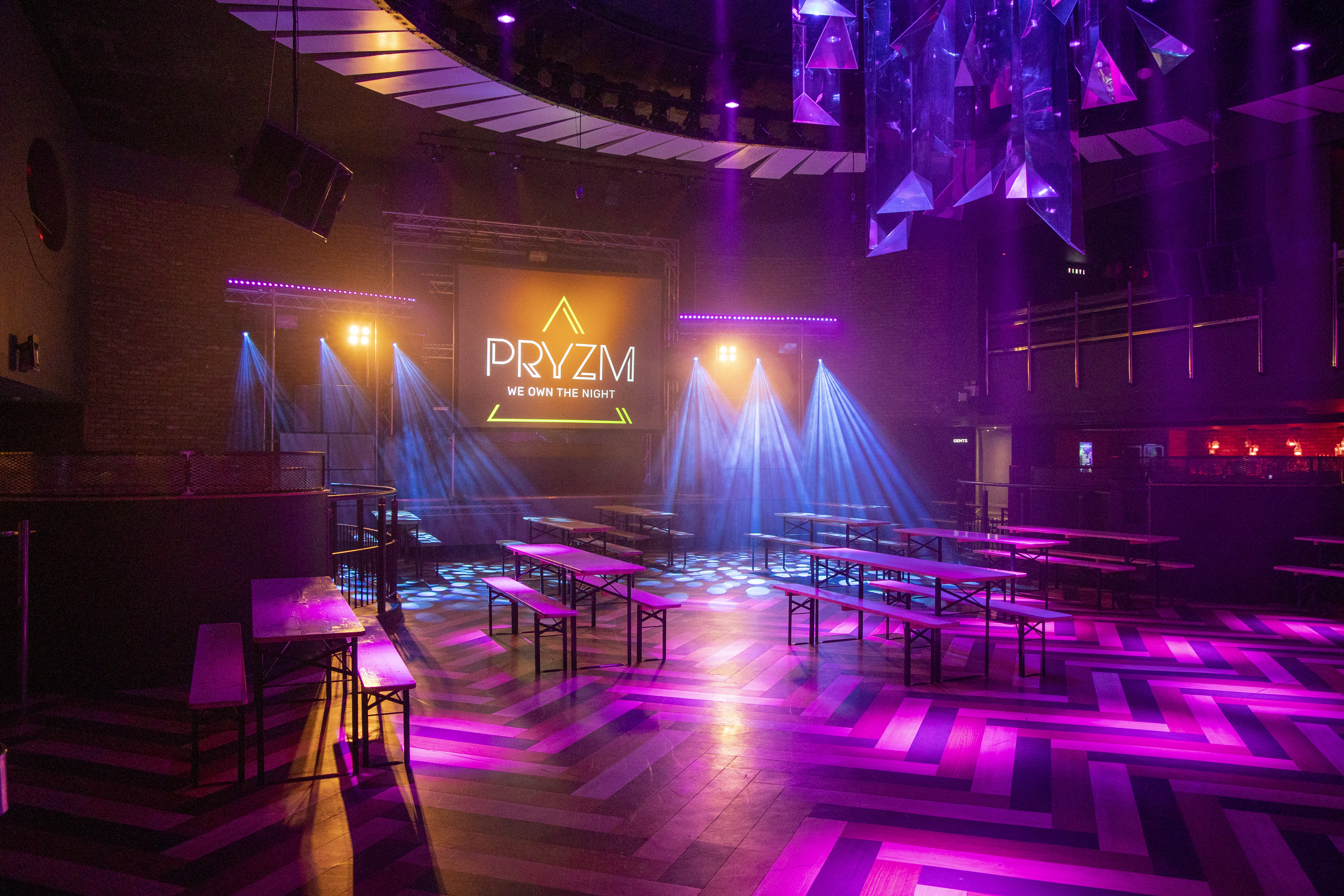 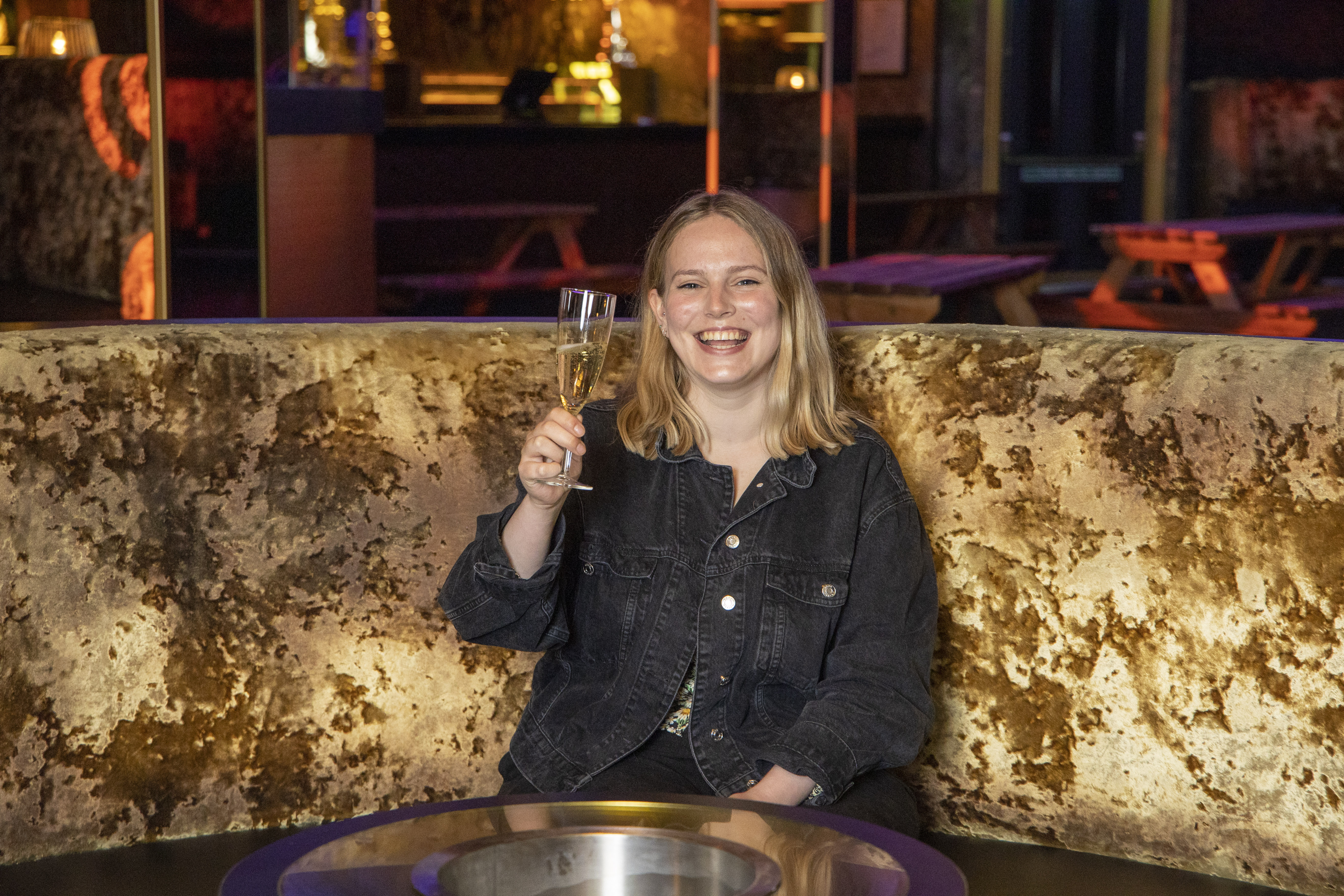 Nightclubs have remained shut since March 2020 when coronavirus restrictions were first introduced and while some have reopened with table service the experience of going to a club has been impossible during the pandemic.

Despite the lack of people and sticky floors, as my eyes adjusted to the darkness and bright neon lights, it was impossible not to be excited by the prospect of a full dancefloor once again.

Before the pandemic there were parts of a night out that we used to just put up with – that we thought we’d rather do without.

But I think many of us are craving a messy night out, and a sit-down pint with six friends in a pub just won’t cut it. 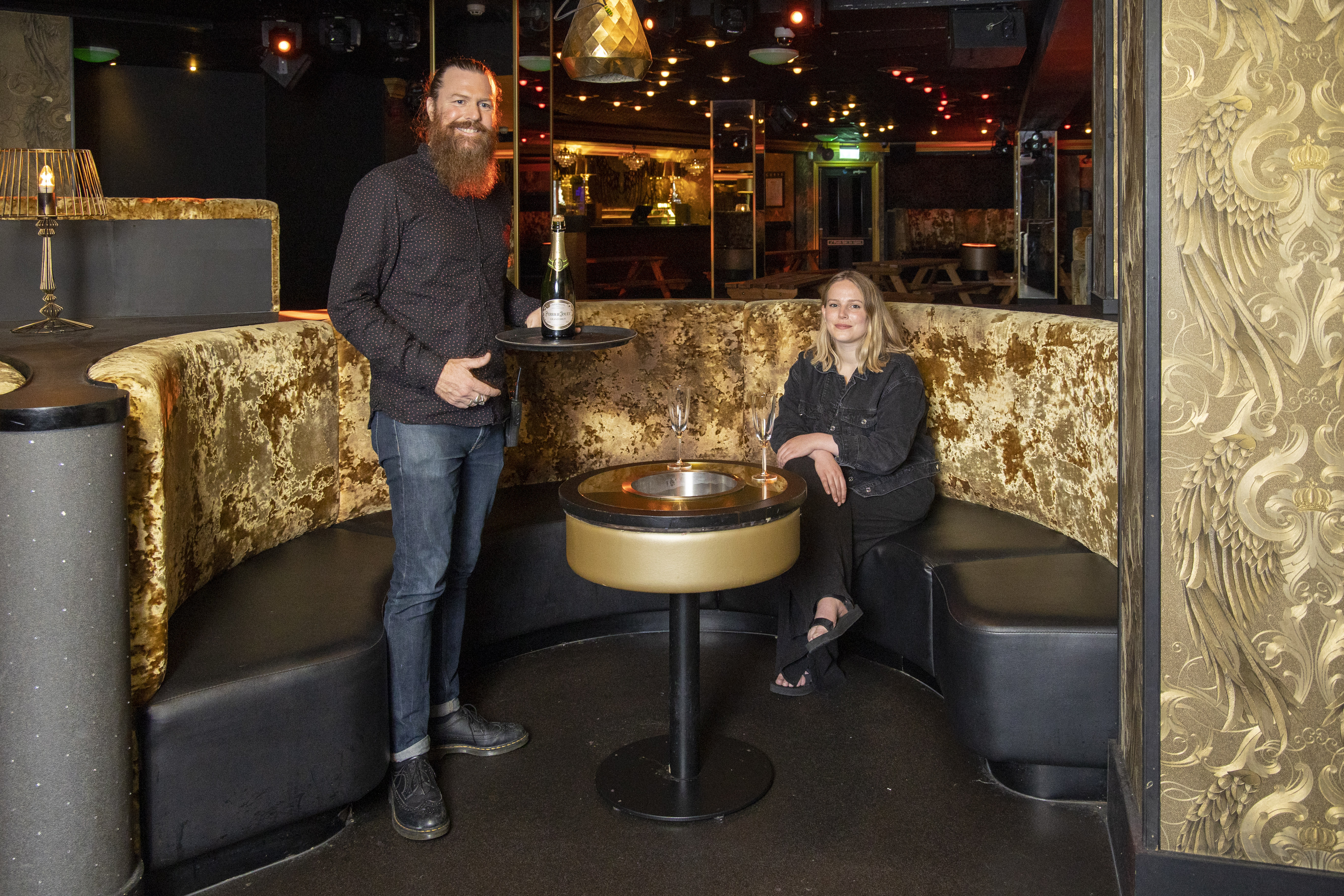 Who ever thought we’d be feeling nostalgic about being in the middle of a eight-person deep bar queue that doesn’t seem to be moving.

Or wincing at the taste of a tequila shot you didn’t ask for.

As strange as it sounds, sometimes that’s just part of the fun.

And – after more than a year of going in and out of lockdowns, sitting two metres away from mates in the park and having to chop down the going out guestlist to a measly six – frankly I can’t wait.

Hopefully the wait won’t be too much longer, with July 19 the latest date being considered for “freedom day”.

The Prime Minister said last night that Step Four of the roadmap out of lockdown should go ahead on that date, getting rid of legal restrictions on social contact. 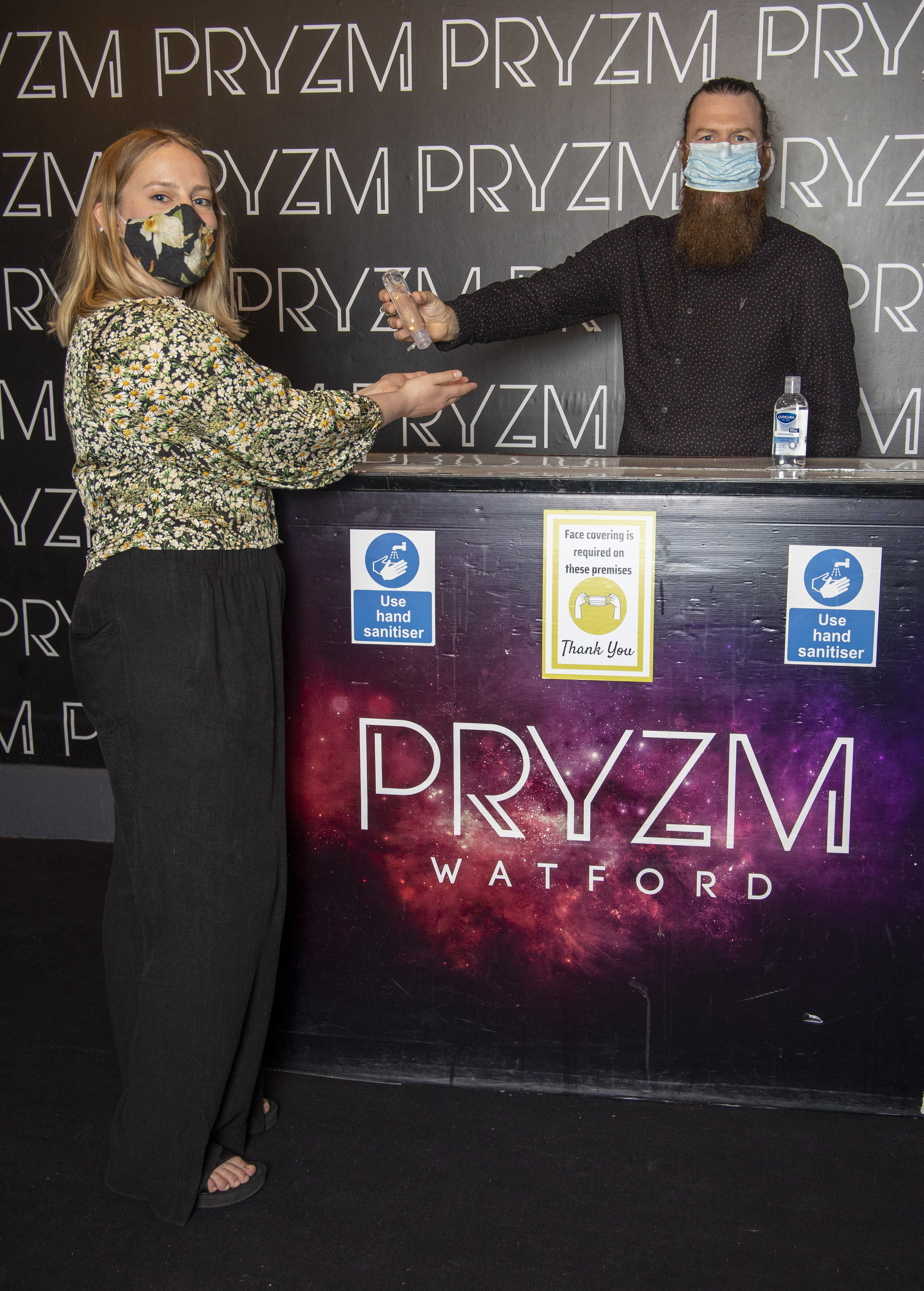 Whether or not it goes ahead will be confirmed on July 12.

If it does in just two weeks’ time, there will be no punishment or fines for mixing indoors in large groups in England for the first time since March 2020.

That means nightclubs will be able to reopen without restrictions on capacity.

The rule of six will be scrapped and mass gatherings will be allowed outside for the first time in 18 months.

There will be no legal requirement to wear a mask on trains or in shops for the first time since last June, and requirement to check-in at pubs and clubs.

Bar and nightclub owners were left frustrated and disappointed when the government decided to pause the fourth stage of lockdown lifting in June.

It followed an extremely difficult year for clubs, with most unable to reopen at all even when other sections of the hospitality industry were able to operate with restrictions.

Before the pandemic, night time economy businesses, which includes late night pubs and entertainment venues as well as nightclubs, had an annual turnover of £92billion. 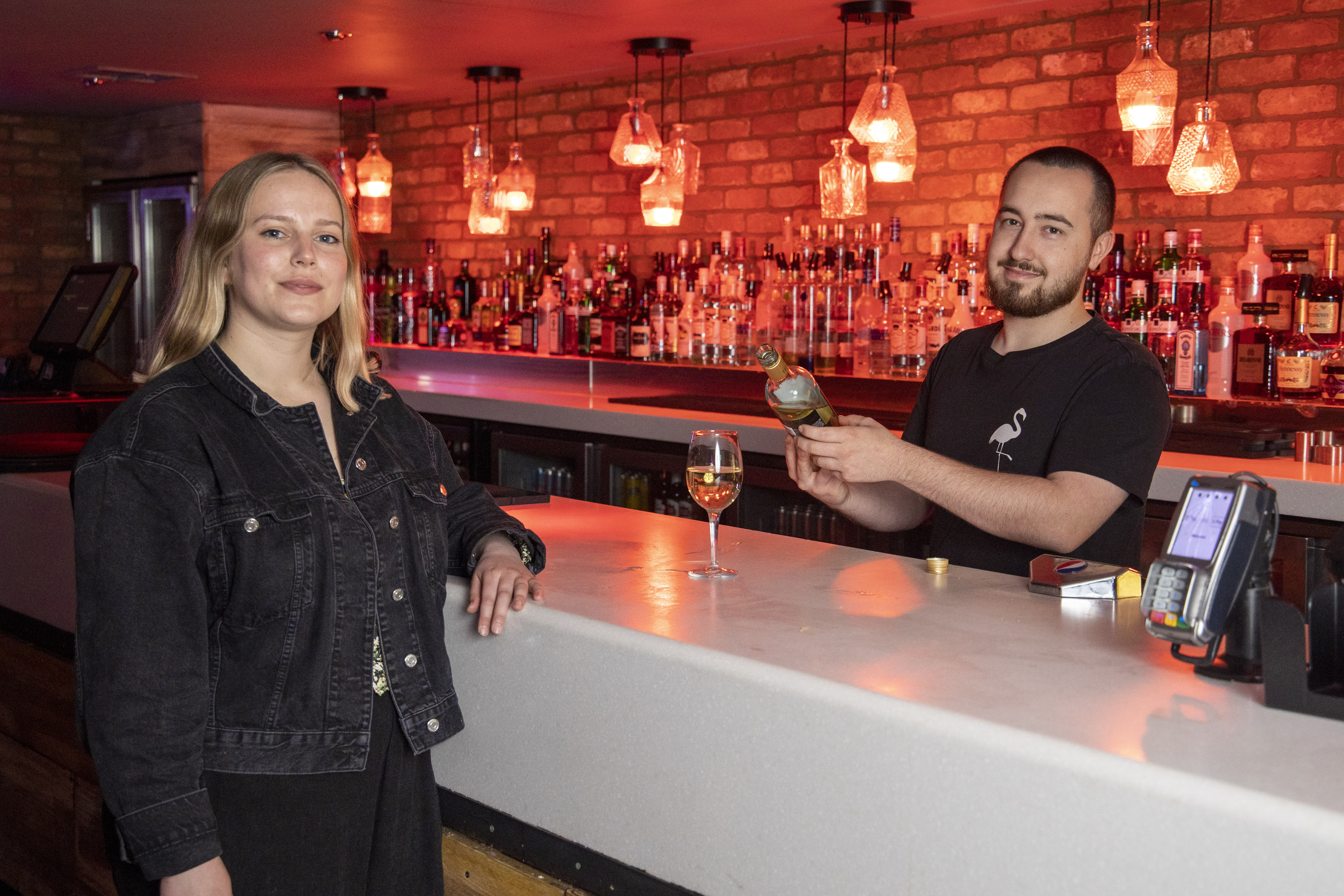 It has lost an estimated £80billion during the course of the pandemic, with most of the sector shuttered throughout the crisis.

Pryzm’s former owner Deltic – the biggest nightclub chain in the country – was bought out of administration by rival group Rekom in January this year.

The delay to reopening forced venues to cancel or reschedule the events they had planned for those weeks. 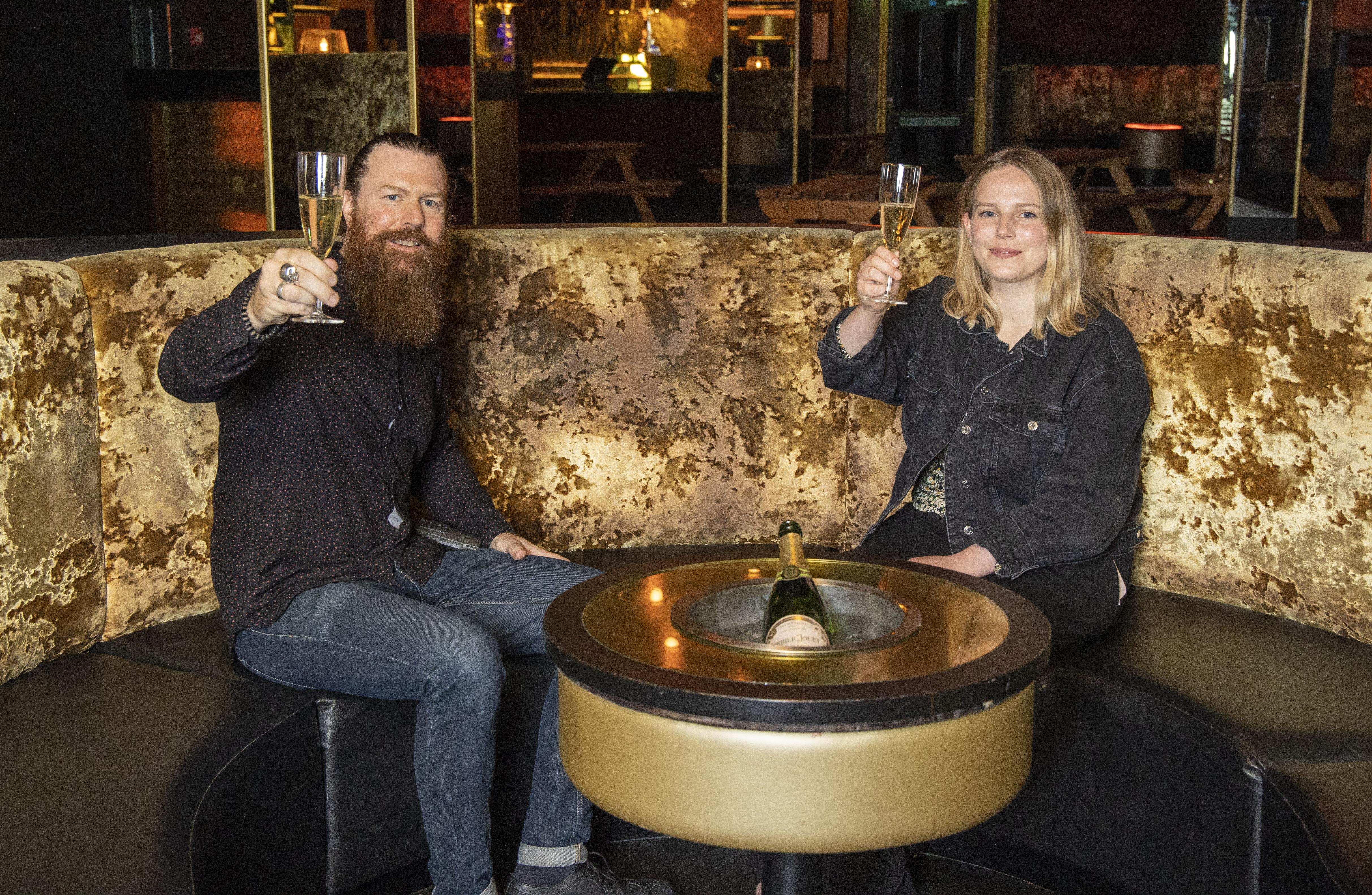 So anyone anticipating massive drinks deals could be disappointed as nightclubs are strictly in cash saving mode at the moment.

All the more reason to put on your dancing shoes and go and support them.

In Watford, Pryzm is currently open as a bar in the evenings, with pub benches spaced out evenly across its main dancefloor.

Staff and customers have to stick to all the restrictions that still govern pubs and restaurants.

This includes table service, masks for both guests and staff, social distancing one-way systems, track and trace on entry and capacity limits.

But a nightclub without singing and dancing just isn’t right. 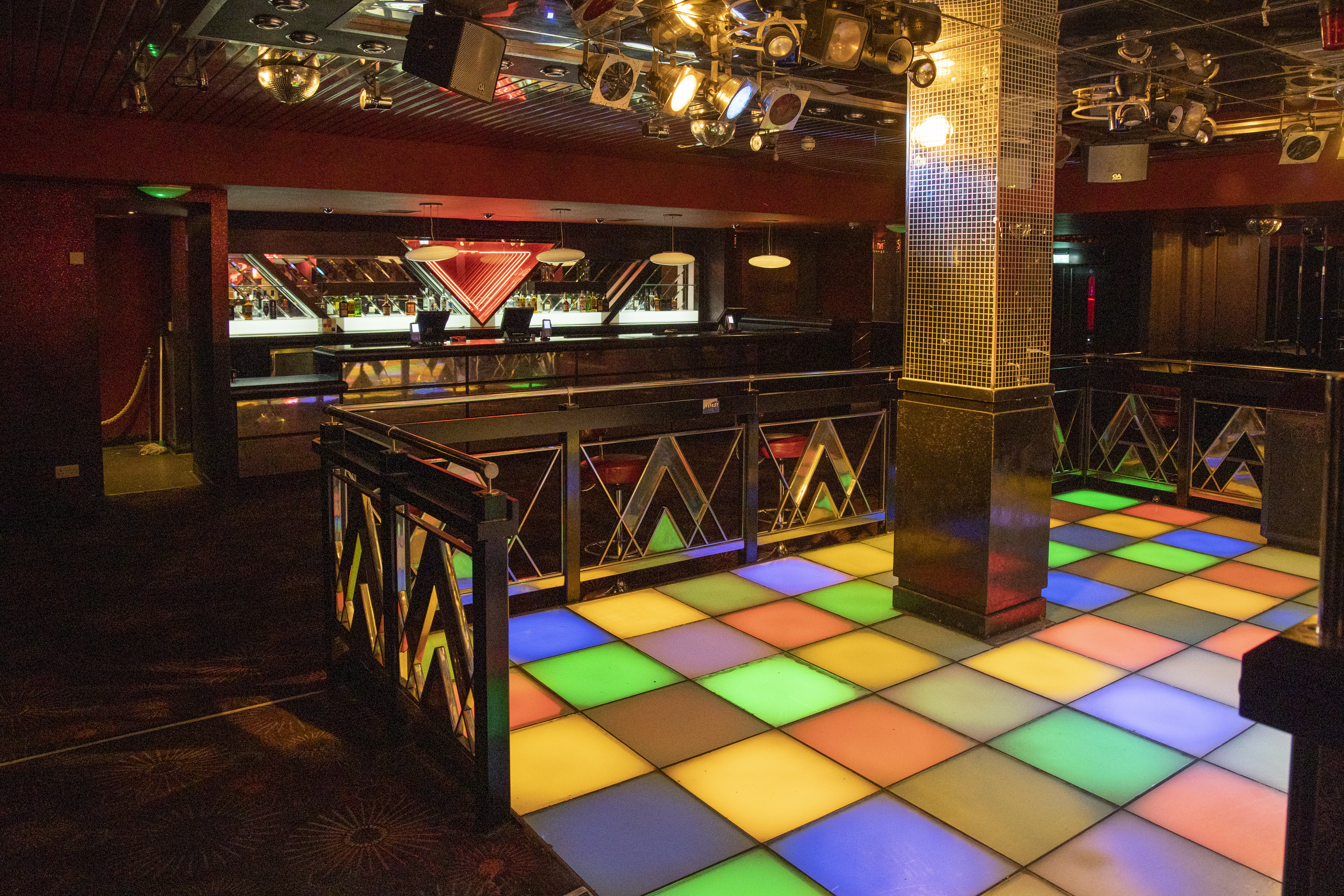 Revellers are used to throwing shapes on a sweaty dance floor or being squashed against strangers in the queue for the bar.

When Pryzm reopens its doors as a full-fledged nightclub on July 19, hopefully Covid restrictions will be a thing of the past.

Depending on the exact regulations announced by the government, Pryzm’s management is expecting to scrap compulsory face masks, social distancing and the ban on ordering at the bar.

There are currently no plans to ask for vaccinations or testing on entry, to reduce opening hours or to put limits on the number of clubbers allowed in the venue.

The hope is that July 19 will see a return to pre-pandemic nights out.

However, this may vary at different club chains and will be dependent on the rules set out by the government.

But there could be a few behavioural hangovers from Covid, particularly in the first few months of reopening as customers readjust to big nights out.

This will include even more of a focus on ventilation – which has always been important in clubs – as it has been proven that well-ventilated spaces help prevent the spread of the virus.

Sanitising stations will likely continue to be dotted around nightclubs, for example near touch-points and at the entrance to toilets. 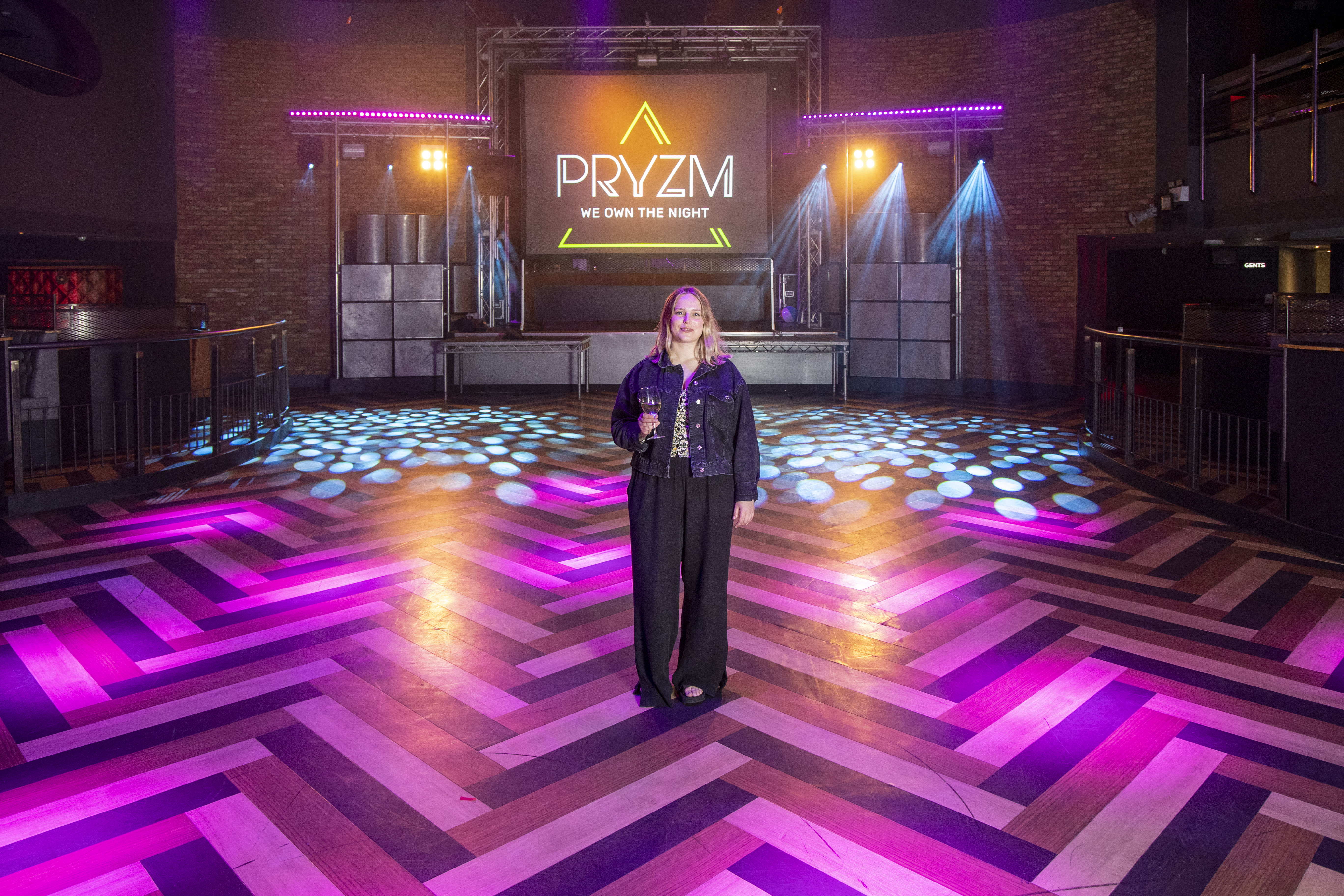 This will reduce the spread of Covid, but will also provide peace of mind for nervous clubbers.

Another lasting trend from the pandemic could be a surge in advance bookings.

Most nightclubs have always taken bookings, particularly on special event nights, and this is expected to increase in the post-Covid era due to changing consumer behaviour.

This is reflected by strong ticket sales for the events leading up to the original June 21 date.

Customers will be keen to avoid missing out on a spot in the club in the first few weeks of reopening.

And there are also the benefits of a venue having your personal details, so you can be contacted in the event of a Covid outbreak.

If your heart is sinking at the prospect of online booking forms and trying to organise a spontaneous night out two-months in advance – have no fear. 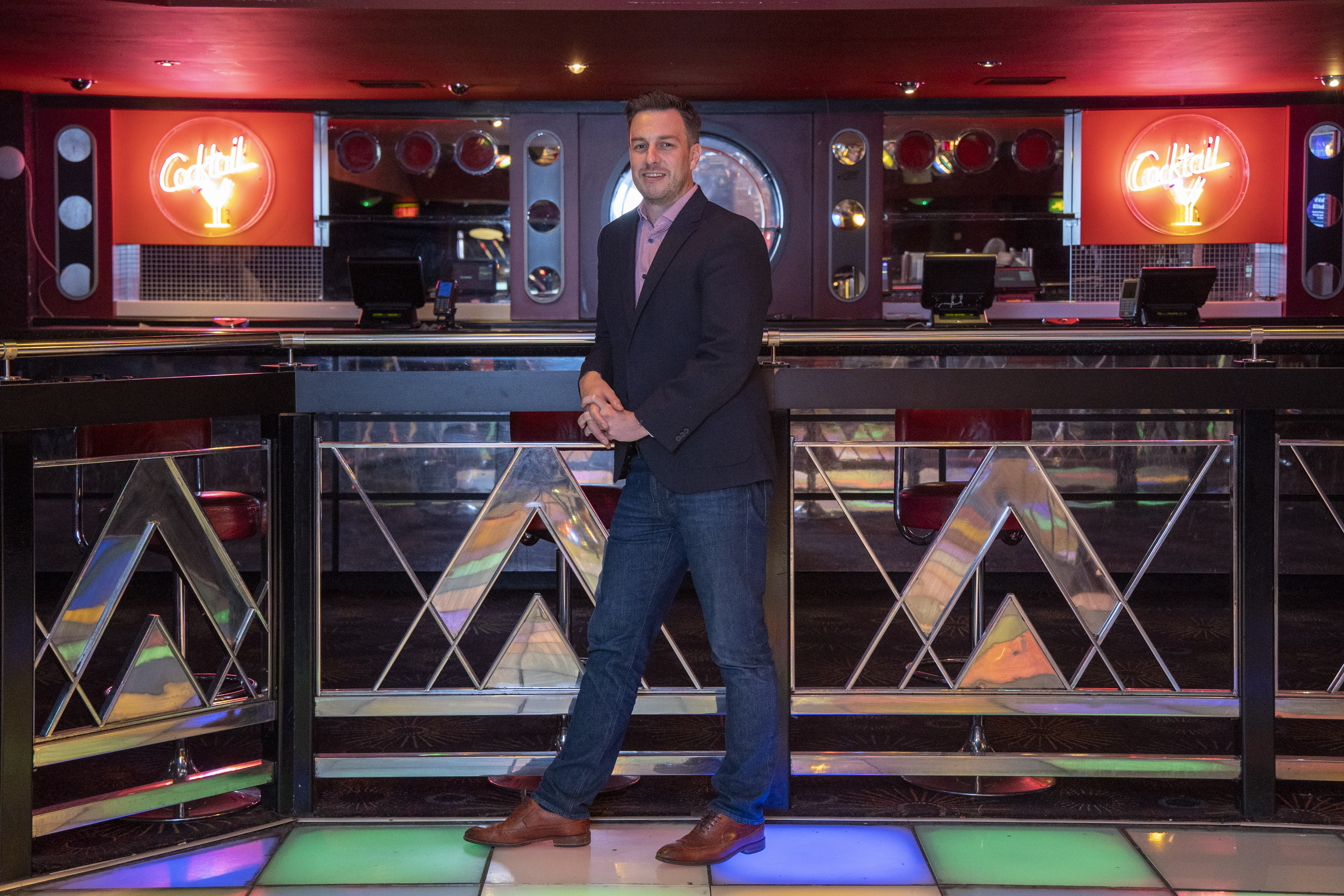 We’ve all learned in recent weeks how much of a buzzkill it can be when you try to pop to the pub for a last minute drink only to be told every table is booked up for the rest of the week.

Nightclub bosses know their venues aren’t just there for the big pre-planned celebrations, and can’t wait for all restrictions to be gone for good.

Russell Quelch, operations director at Rekom, said: “When we get a date to reopen, customers should expect a nightclub experience in a safe environment, being able to enjoy nights out with their friends, being able to dance to good music, good drinks, and just the general experience of being able to go out and have a good time again.”

“Put your dancing shoes on and your hands in the air,” he added.

So for anyone that’s ever stumbled to the local club on a whim after last orders at the pub, or wondered how you ended up dancing until 4am when you just popped out “for one” – there’s hope.

You can be sure that as soon as they get the go-ahead, nightclubs will be back with a bang – regrettable tequila shots and all.

Ordering at the bar could still be banned after July 19 easing as councils force venues to keep table service and masks.

Full crowds to return to UK sports this summer without vaccine passports after Euro 2020 and Wimbledon success.