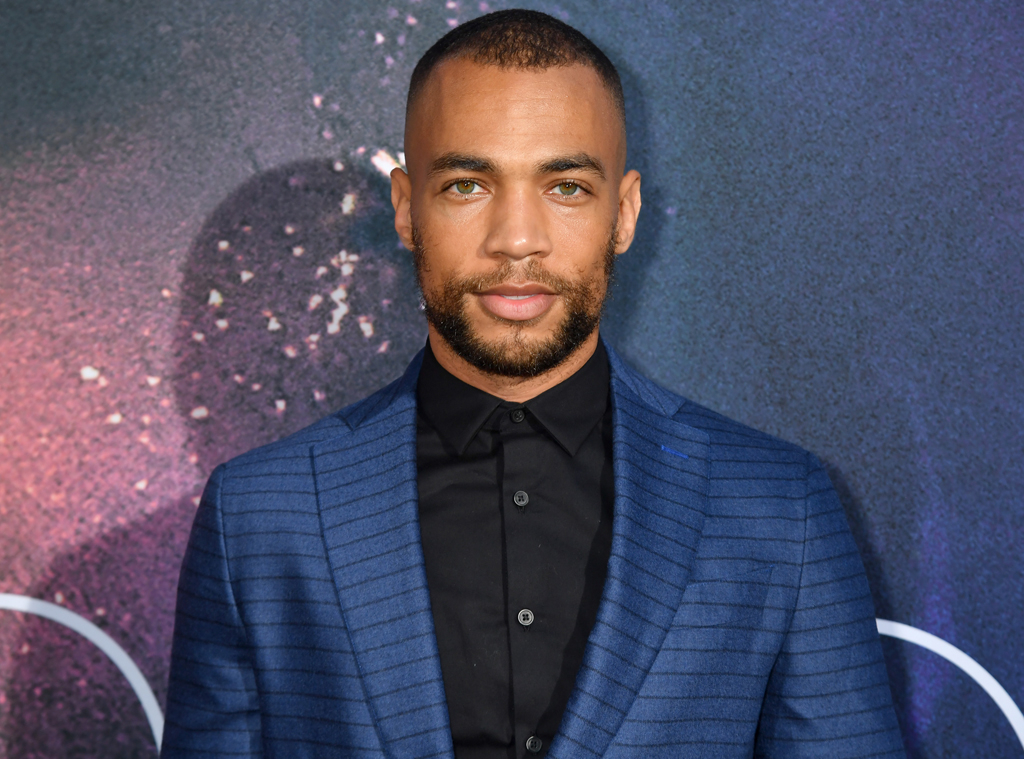 Insecure actor Kendrick Sampson was out on the frontlines during one of Los Angeles’ protests.

Sadly, the 32-year-old star was a victim of police brutality during one of his demonstrations in West Hollywood in support of his Build Power Initiative, which was co-organized by Black Lives Matter at Pan Pacific Park.

Additionally, the nationwide protests were also in response to George Floyd‘s death, Breonna Taylor‘s death, Tony McDade‘s death, Ahmaud Arbery‘s death and so many others in recent months.

During the protests, Kendrick was shot by cops’ rubber bullets and he was also repeatedly hit by a police baton. The incident was not only seen during the actor’s Instagram Live session, but was also captured simultaneously by CNN cameras during its broadcast.

“Glad y’all witnessed this. Esp the video of them actually targeting us,” the Insecure star shared on Twitter in light of what happened to him.

“He didn’t try to ricochet the bullets of the ground – one tactic – he pointed the gun DIRECTLY AT ME,” he explained of the police officer who shot at him several times. “I actually got hit 7 times with rubber bullets and many with batons. My boy has stitches.”

“Tear gas, rubber bullets, and batons. Watching @kendrick38 get beaten for no reason,” the actress and singer wrote on Twitter. “Women getting punched in their faces and stomachs. White agitators there starting fires and vandalizing property to make it seem like that’s the sole purpose of our presence there.”

Kendrick also shared that at one point, “two of the officers tried to grab my phone from me!!”

He added, “In the video where my phone “shut off” – Cops rushed the crowd targeted a boy on a megaphone. beat the ppl standing next to him to the point one of the officers had blood on his face shield. All because he said the truth – some of the agitators in the crowd were plainclothes LAPD.”

According to the 32-year-old star the protests were peaceful until police officers showed up.

“Peaceful to violent. The violence comes entirely from LAPD,” the actor wrote, alongside video footage captured from Orange Is the New Black star Matt McGorry. “You can hear the commander yell “MOVE!” – cop talk for “F**K EM UP!” – at the end watch THREE COPS coming at me as I defend someone on the ground they were beating!!!”

Kendrick thanked his followers and fans for showing him love during this time. However, he explained the good fight is far from over.

“Appreciate the outpouring of support & standing with us but if y’all really want to support, make sure we do EVERYTHING in our POWER to #DEFUNDPOLICE,” he expressed. “END THE LEGACY OF SLAVE CATCHING and use those resources, OUR RESOURCES to build BETTER. Make THAT the headlines. Put in WORK.”

The Insecure star wasn’t the only celebrity out protesting. Jamie Foxx, Porsha Williams, Michael B. Jordan, J Cole, Halsey, Yungblud, Rachel Lindsay and many others stepped out.