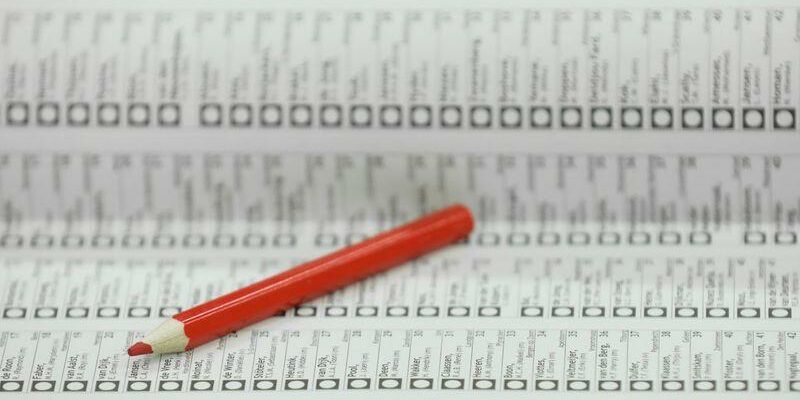 AMSTERDAM (Reuters) – An election campaign dominated by COVID-19 and social distancing culminated in a pressing question for Dutch voters on Wednesday: do I get to keep the polling booth red pencil?

Across the country people tweeted pictures of the pencil they had taken home after some cities gave each voter a fresh one to mark their ballot and avoid infection risk.

Not all voters were so lucky.

In some towns people were asked to hand in their pencils after voting, so they could be cleaned and used again.

“Austerity has begun, I had to hand in my little red pencil.”

Others felt short-changed by the size of pencil they received, after seeing larger ones being handed out elsewhere.

Meanwhile, the huge amount of pencils needed for the operation meant big business for some, such as entrepreneur Tonnie Berents, who got to supply “many millions” of pencils after asking cities whether they would need some.

“A big hit, absolutely. We are very happy about it”, Berents told Dutch newspaper De Telegraaf, disclosing he sold the pencils for 3 euro cents ($0.035) a piece to over half of all municipalities in the Netherlands.

The Dutch used electronic voting machines for some 30 years since their introduction in the 1970s, but traded them in for old-fashioned pencils and paper ballots in 2009, after computer experts had shown how easily the machines could be manipulated.