Is the Bushtucker diet safe? I’m a Celebrity campmates Noel, Nick, Anne and James have shown off astonishing weight loss after surviving on jungle rations… amid fears this series has gone too far

I’m A Celebrity once again has viewers glued to their TV screens. But it is not just Holly Willoughby’s wardrobe or the Bushtucker Trials that have fans talking.

For much has been made of the dramatic weight loss on this season of the hit ITV show, with campmates reportedly losing a combined 4st in the first week alone.

DIY SOS host Nick Knowles, who left the camp last night, revealed in his exit interviews that he lost 2st 2lbs in the 19 days he was on the show.

The Chase star Anne Hegerty, who left on Wednesday, reportedly lost around 1st in the two-and-a-half weeks that are in the camp.

While some stars are delighted with their changing shape – including actress Emily Atack who said she ‘just wants to lose a bit of weight’ before Christmas – there have been concerns raised over others.

Rapid weight loss: DIY SOS host Nick Knowles, who left the camp last night (right), revealed in his exit interviews that he lost 2st 2lbs in the 19 days he was on the show. Left, before the show 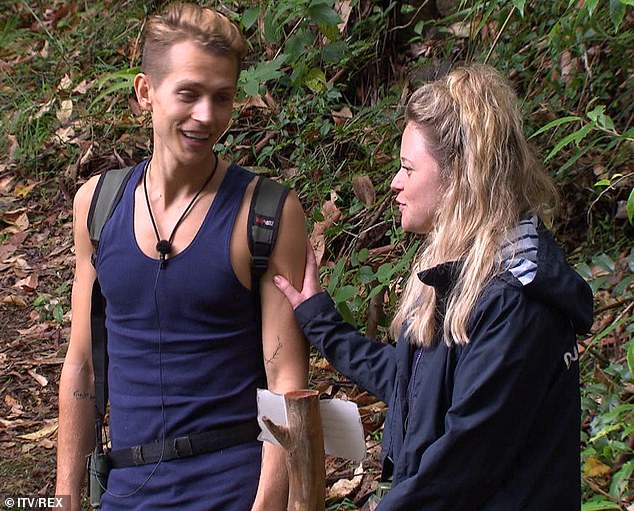 Concerns: Fans have appeared particularly worried about The Vamps guitarist James McVey, who has looked gaunt in recent days, pictured. The musician formerly battled with anorexia 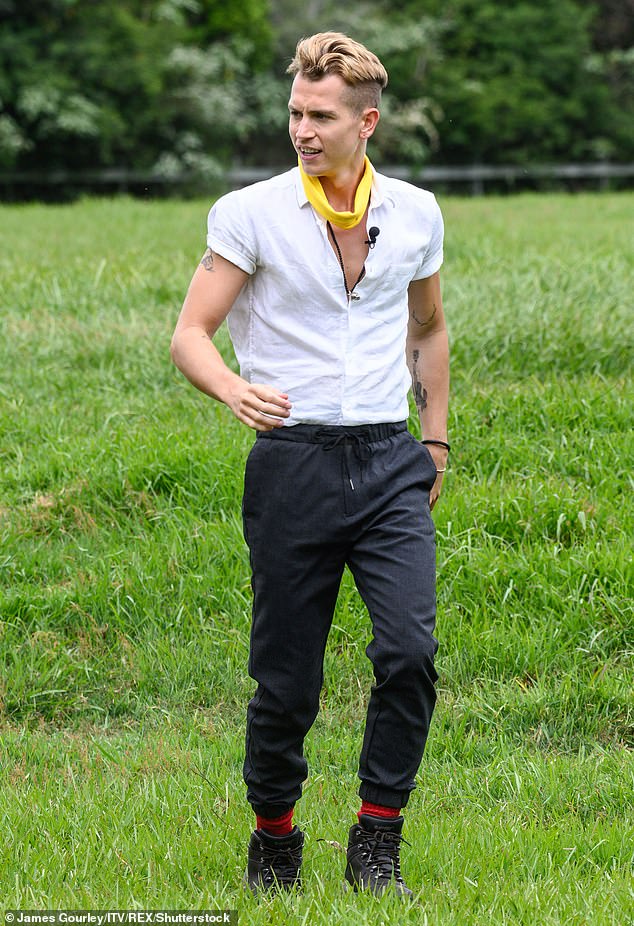 Before: James had a slim and toned frame before the show but has lost weight in the jungle

Fans appear particularly worried about The Vamps guitarist James McVey, who has looked gaunt in recent days. The musician formerly battled with anorexia.

There have also been concerns raised over Harry Redknapp, who at 71 is the oldest campmate. However producers have previously assured fans that the campmates’ health is always closely monitored.

She warned rapid weight loss – such as that experienced by Nick Knowles – can lead to short-term health effects, even over a short period of time.

‘What’s more a lack of calories in the diet can leave campmates susceptible to nutrient deficiencies.’

However the risk doesn’t end once they are home from the camp. 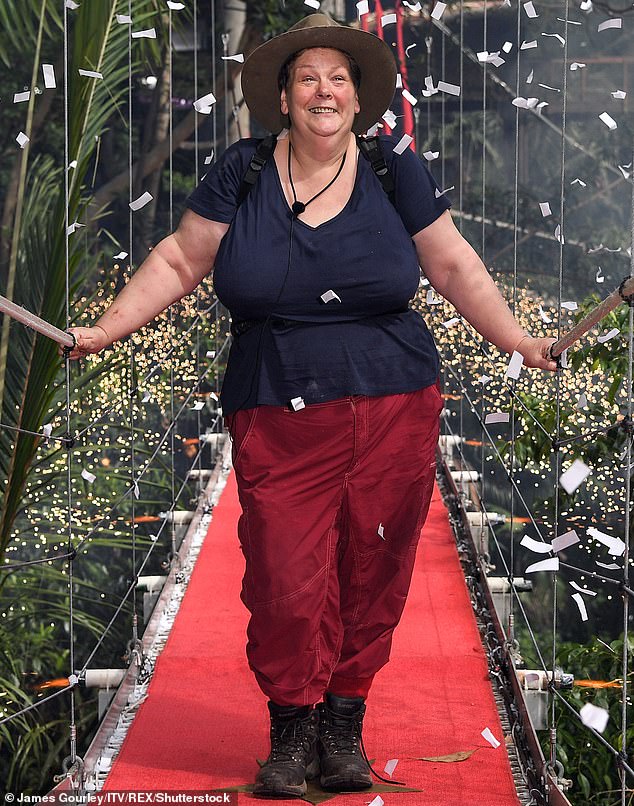 Transformation: The Chase star Anne Hegerty, who left on Wednesday, pictured, reportedly lost around 1st in the two-and-a-half weeks that are in the camp 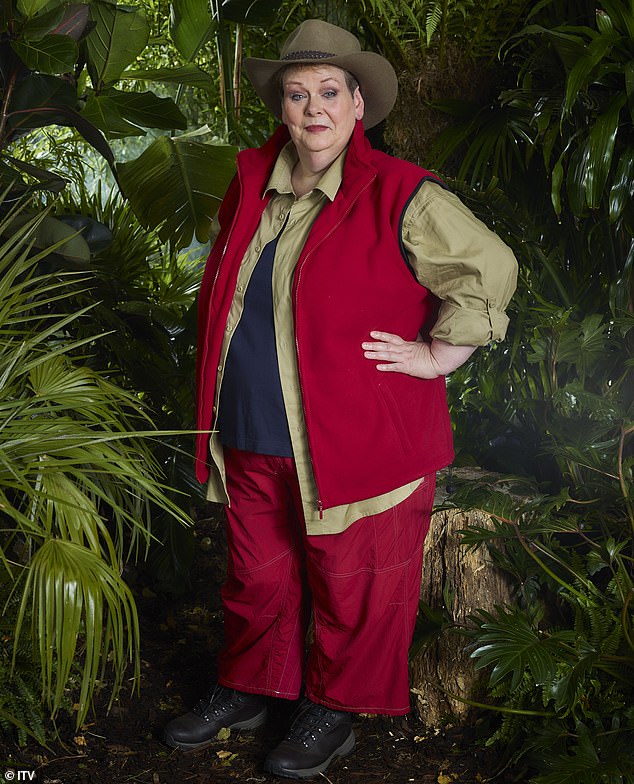 Before: Anne Hegerty before entering the jungle, where she lasted for 18 days

‘For some, periods of starvation or rapid weight loss can have a longer lasting impact on an individual’s relationship with food, especially if they are predisposed to an eating disorder,’ Lily continued.

‘For others the rapid loss of muscle mass can be of concern and it something to be aware off when leaving the jungle.’

‘My biggest concern with losing weight rapidly is the effect it has on someone’s mental wellbeing,’ she said.

‘The three weeks the celebrities will spend in the jungle will likely see them consuming a calorie deficit with nutritional deficiencies unlikely unless their environment and relationship with food continued.

‘Nutritional deficiencies could include; hair loss extreme fatigue, poor immune function and brittle bones, all owed to not getting enough calories and nutrients from their diet.’ 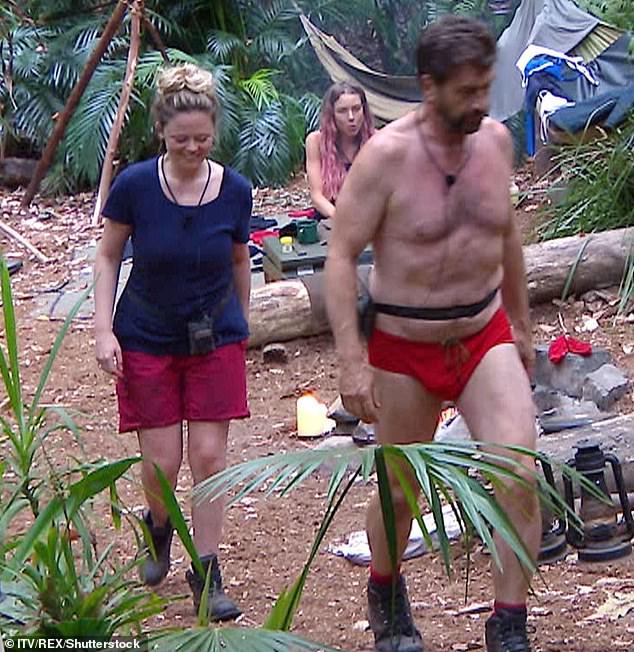 Pleased: Some stars are delighted with their changing shape – including actress Emily Atack who said she ‘just wants to lose a bit of weight’ before Christmas. Pictured, Emily this week 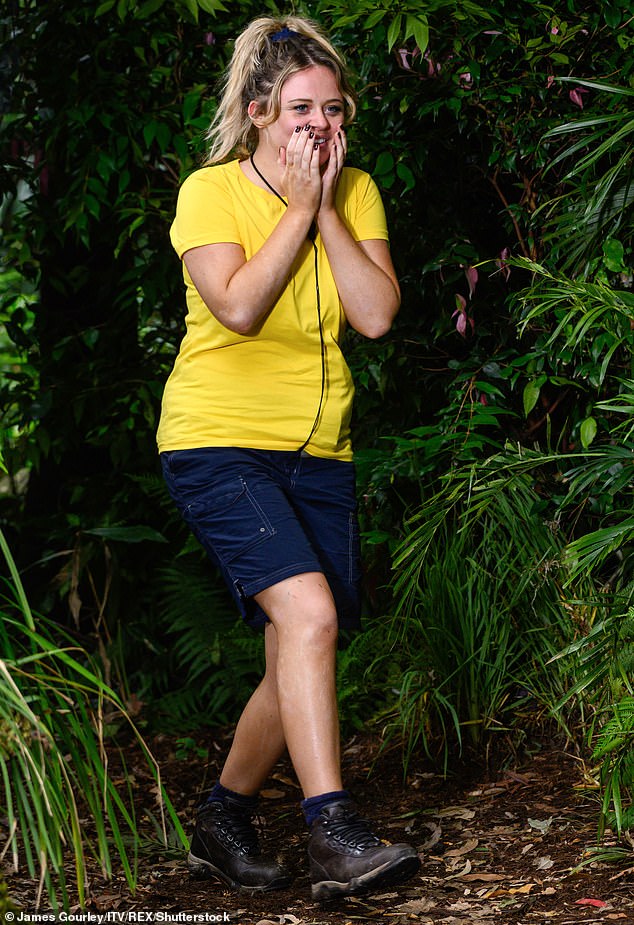 Into the jungle: Actress Emily shortly after the hit ITV reality show kicked off last month

Lily explained campmates are likely losing weight faster than this as their basic diet of beans and rice means they might be deficient in protein.

Lily said: ‘[For the campmates] it is likely that a proportion of muscle mass has been lost alongside fat tissue. Our bodies start to breakdown muscle tissue as a source of energy when our calorie and protein intake is too low.

‘When we lose muscle mass, our basal metabolic rate also lowers which ultimately means we burn fewer calories at rest. When return to our normal eating habits, weight can pile on quickly.’

However Geeta Sidhu-Robb, founder and CEO of Nosh Detox, said she would not be concerned as the rapid weight loss does not occur for an extended period of time.

‘But they do need to watch it doesn’t continue so rapidly,’ she continue. ‘Because it should begin to slow down after around 3 weeks of leaving the jungle.’

After a long period of surviving on a restricted diet, campmates should take care when it comes to reintroducing food.

Lily added: ‘It can be tempting to overeat after a period of deprivation. However overconsumption of nutrient poor but energy dense foods can wreak havoc with digestion, energy levels and may also lead to a rapid weight gain.

‘A focus on introducing nourishing foods such as extra virgin oils, whole grains, and high quality protein such as eggs, dairy and fish can help to increase energy levels whilst maximising nutrient intake.’

An ITV spokesperson said: ‘The safety and welfare of our camp mates is our upmost priority and they are monitored closely.’