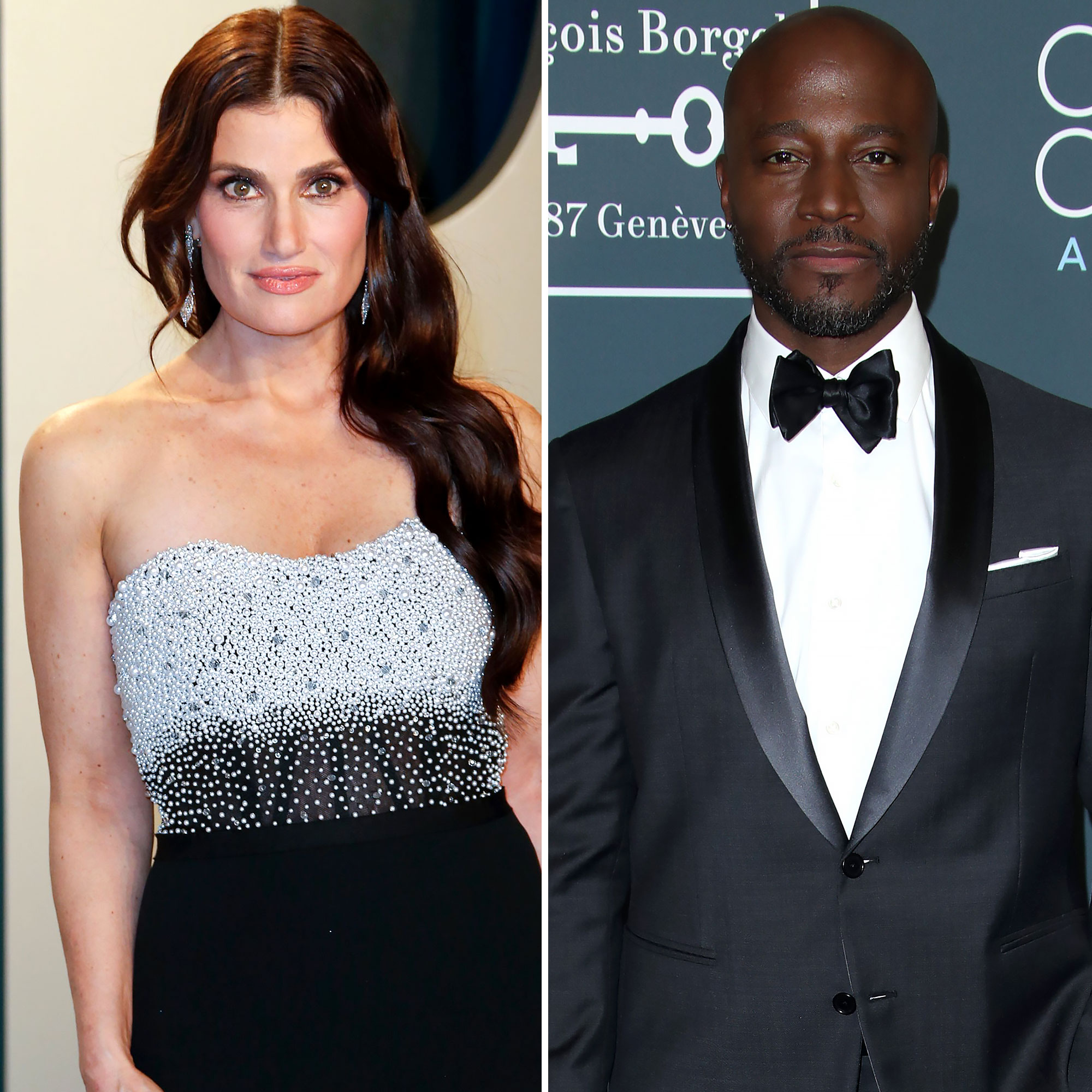 Pushy partner? Idina Menzel revealed one of the reasons she butted heads with her ex-husband, Taye Diggs, during their marriage — and it’s tied to showbiz.

During the Wednesday, September 8, episode of the Late Late Show With James Corden, Menzel, 50, teamed up with her Cinderella costars Camila Cabello and Billy Porter for an explosive “Carpool Karaoke” skit.

When host James Corden asked Cabello, 24, whether her boyfriend, Shawn Mendes, helped her run lines for the princess role, she said he was involved in her preparation for the movie. Menzel chimed in, “How was he though? Was he judgy?”

The former Fifth Harmony singer quickly said, “No,” which prompted the Frozen star to explain her line of questioning.

“My ex-husband, I love him, but he was a little too judgy with me when I used to run lines and then I got very self-conscious,” Menzel said.

Cabello responded, “No, Shawn was self-conscious running the lines with me and he wasn’t even in the movie.” She later joked that the Canadian crooner, 23, is “probably more the Cinderella in our relationship than I am” when it comes to doing the dishes and cleaning.

The Cuban singer, who has been dating Mendes since 2019, also revealed that she looked to Menzel’s Wicked hit “Defying Gravity” to muster up the courage to go on a date with the “Stitches” musician.

“I swear to God, before Shawn and I’s first date I was so nervous I took two tequila shots and sang ‘Defying Gravity’ over and over,” Cabello admitted.

Menzel, for her part, married 50-year-old Diggs in 2003. The former Rent costars welcomed son Walker, now 12, six years later. They separated in 2013 after 10 years of marriage and finalized their divorce in January 2015. Following their split, Menzel married Aaron Lohr in 2017.

Despite calling Diggs out for his “judgy” rehearsal tactics on Wednesday, the Enchanted actress appears to have a good coparenting relationship with the New Jersey native.

“We have a very easy time, I think,” Diggs exclusively told Us Weekly in July 2020 of their dynamic. “We never make a wrong step because we’re always thinking of Walker first. We both love Walker and want what’s best for him. I think once you do that, it allows for things to be a little bit easier.”