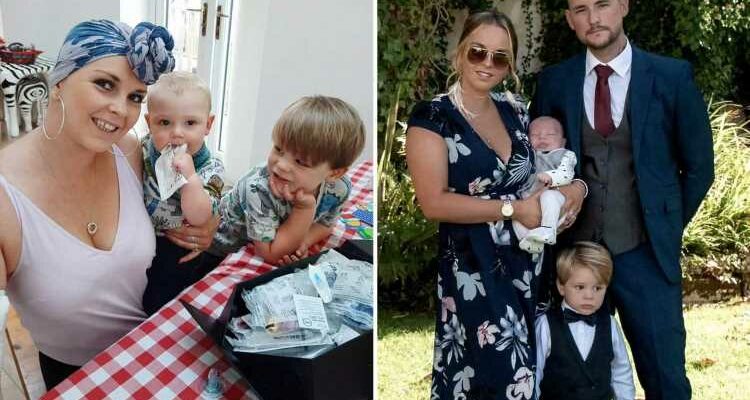 A MUM found a cancerous lump while breastfeeding her son – and is urging others to do regular checks.

Amy Palmer, 30, went to the doctor immediately after spotting the lump while feeding her five month-old-son Lenny in 2019. 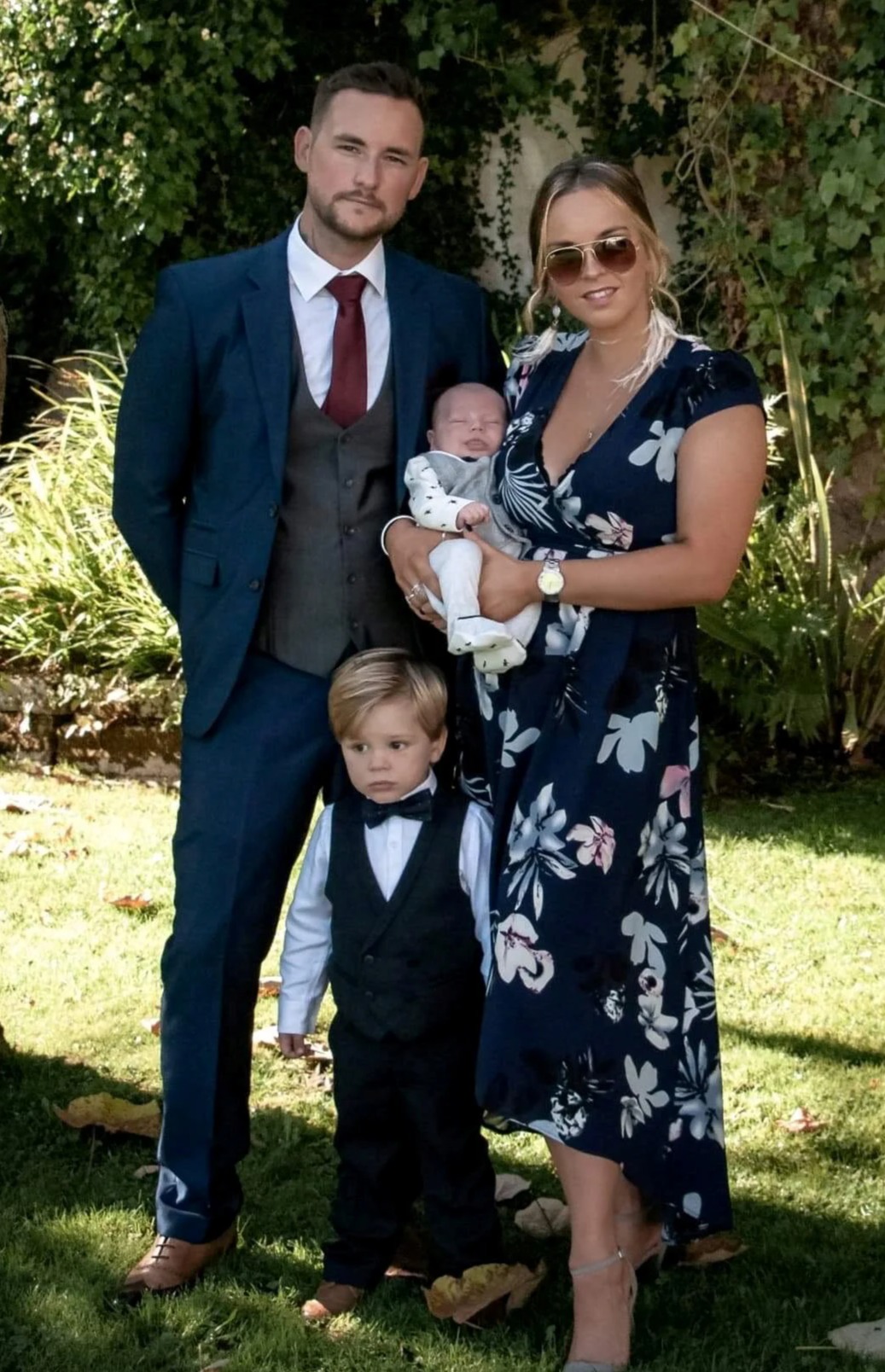 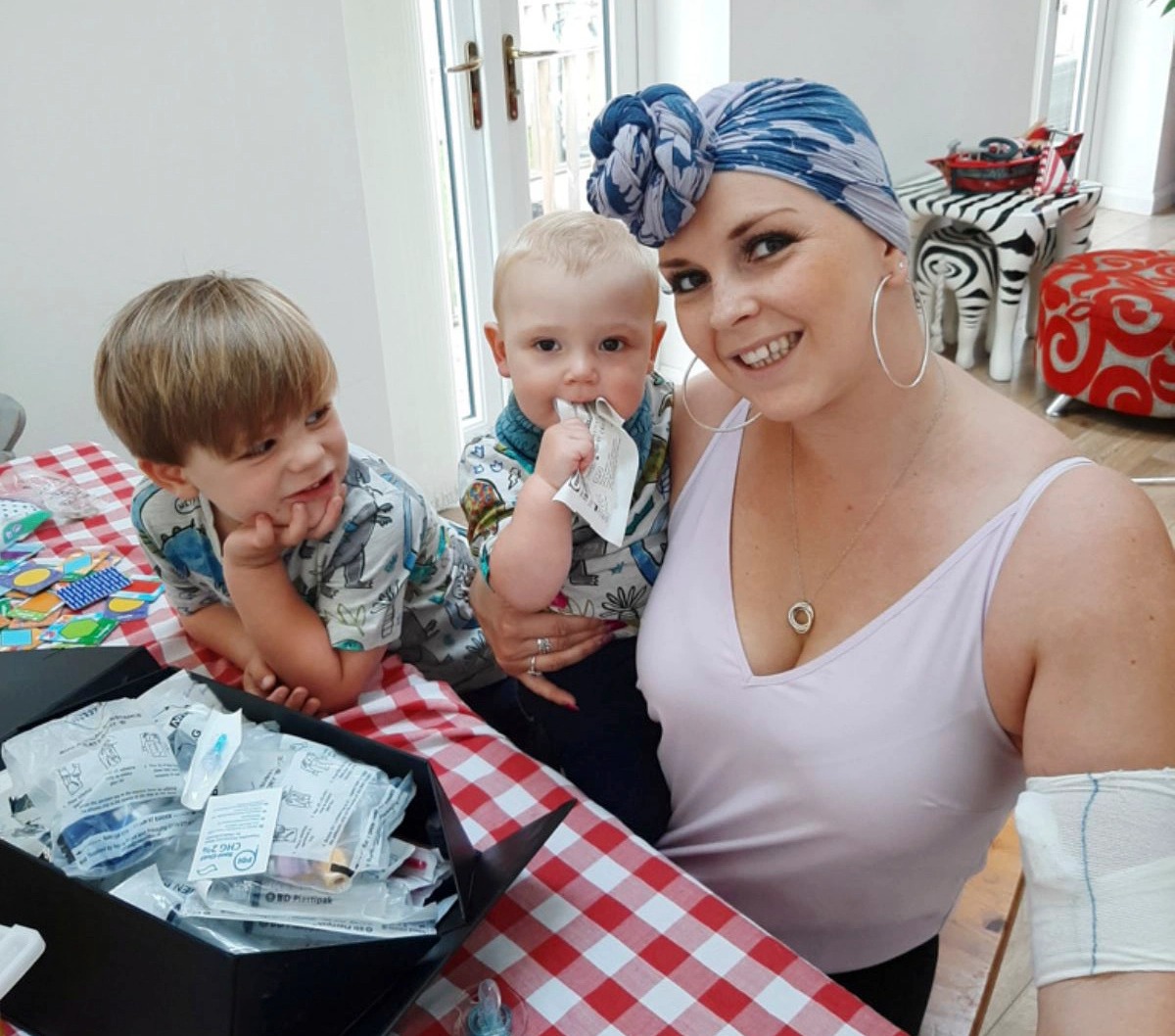 Initially doctors said it was probably a blocked milk duct, which causes a lump andsometimes pain.

But further tests confirmed her worst fears – she had breast cancer and was just 28 years old.

Breast cancer, diagnosed almost 56,000 times a year, is more common among older women. Around 11 women under 30 get a diagnosis each year.

Both Amy and her husband Colin burst out in tears when they were told, and the news left her family and friends devastated.

She said: "You never think anything like this is going to happen to you, until it does. It hit my husband really hard. It was a shock, just a complete shock.”

She had a lumpectomy, six rounds of chemotherapy and 18 rounds of radiotherapy.

Now two years later, she's beaten the disease – which takes the lives of 11,500 people every year.

Amy has been encouraging women to check their breasts and believes the age of mammogram testing should be lowered.

In the UK, women aged 50 to 71 are invited for NHS breast screenings every three years.

Amy said: "I don't know why the start age [for mammogram testing] is so low, as my case proves this happens to people of all ages.

"I'd like to see anyone over the age of 18 offered screenings.

"Since my diagnosis, I've seen women in their 20s diagnosed with breast cancer. Screening early could only save lives.”

Amy has also made a bucket list of things she wants to do, including taking part in the Disney Princess “Run to the Magic” race, doing a skydive, entering the London Marathon and visiting New York.

She voiced her support for soap TV actress Victoria Ekanoye who recently revealed she found breast cancer in the same way.

Victoria, who played Angie Appleton on Coronation Street between 2017 and 2019, discovered a lump in her breast whilst feeding her 11-month-old son Theo earlier this year.

Amy said: "My husband Colin and I watch Coronation Street religiously and watched Victoria's entire stint on the show. She played a really good part and was a much loved character.

"Every time someone is diagnosed, I immediately feel for them as I know what the journey ahead is like and how hard it will be.

“I just hope Victoria gets the support she needs! If I could say one thing to Victoria, I'd just tell her to keep going.

"Her baby boy will give her the fight to get through this little hurdle in life, just like my baby boy did for me.”

Speaking to OK! magazine about her cancer battle, Victoria said: "Back in July, I was feeding Theo and I noticed there was a small lump protruding at the top of my left breast.

"My mum had breast cancer at 41, and her sister at 39 – so many people in my family, in fact. So I don't really leave any time before I check these things…

"I was diagnosed on October 13 with DCIS, which is Ductal carcinoma in situ. It basically means that cells have turned cancerous within the milk ducts.

"We're being really optimistic, and positive, and really lucky that we've caught it as early as we have. I don't know if lucky is the right word, but that's how I feel." 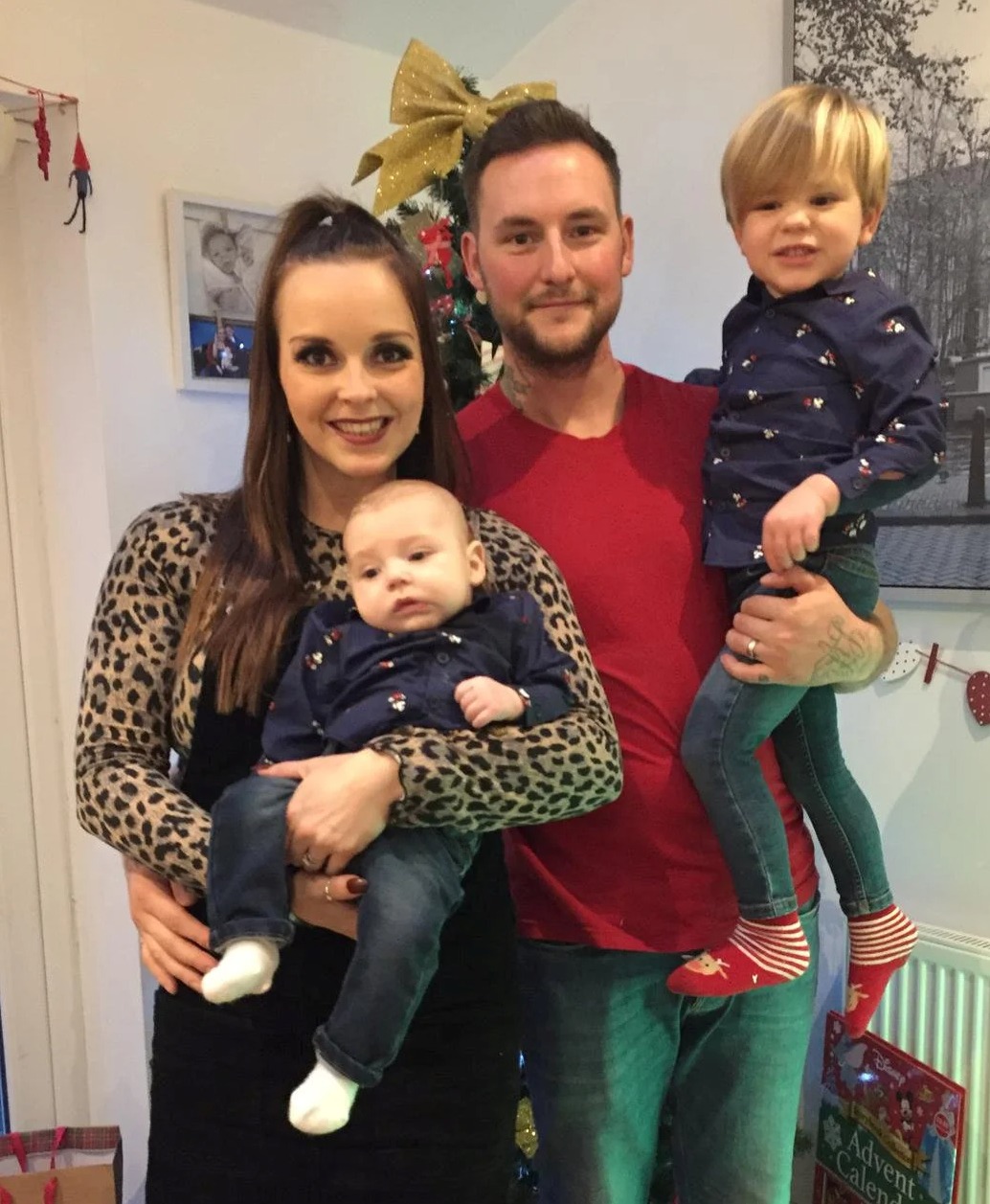 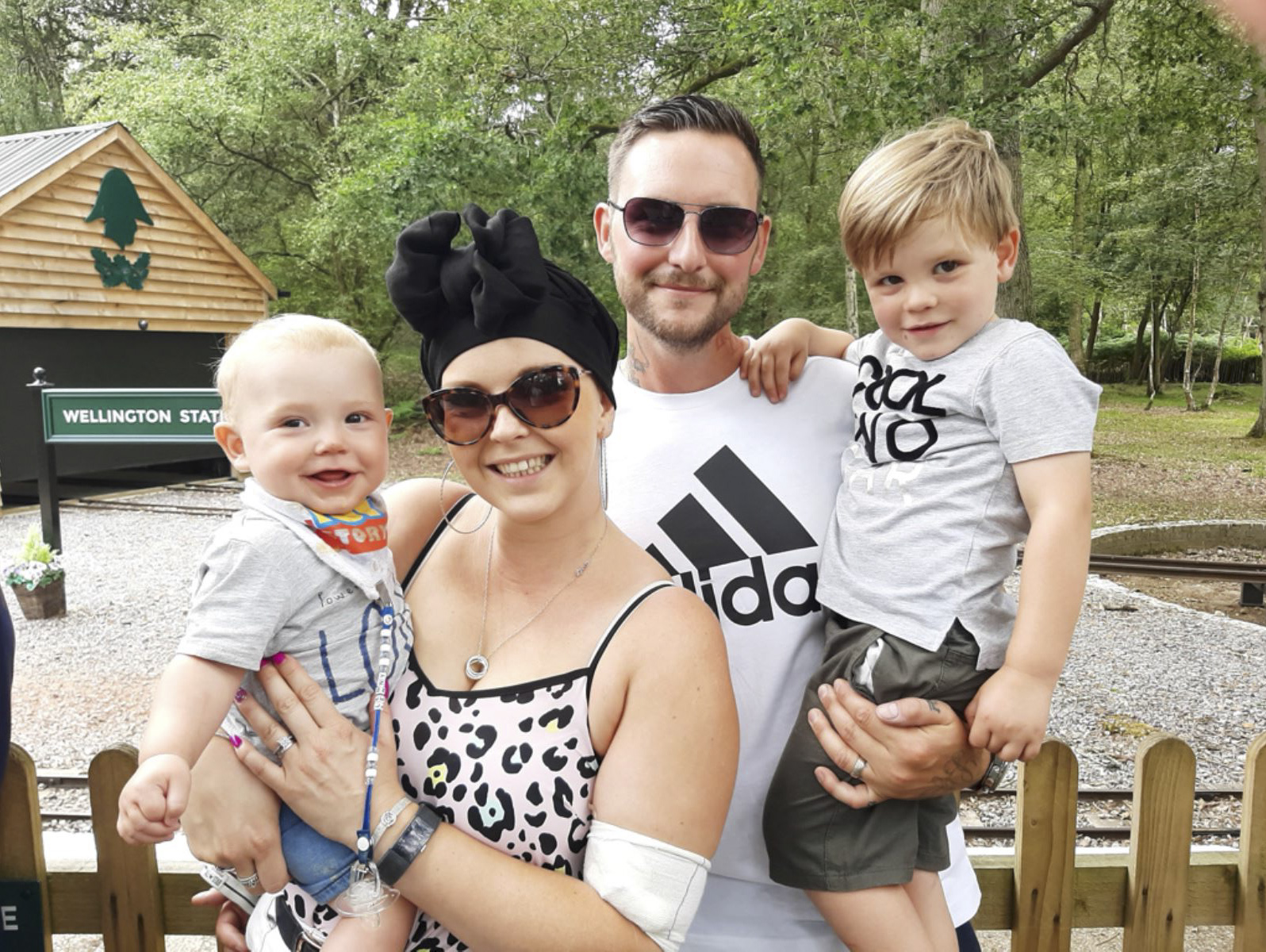 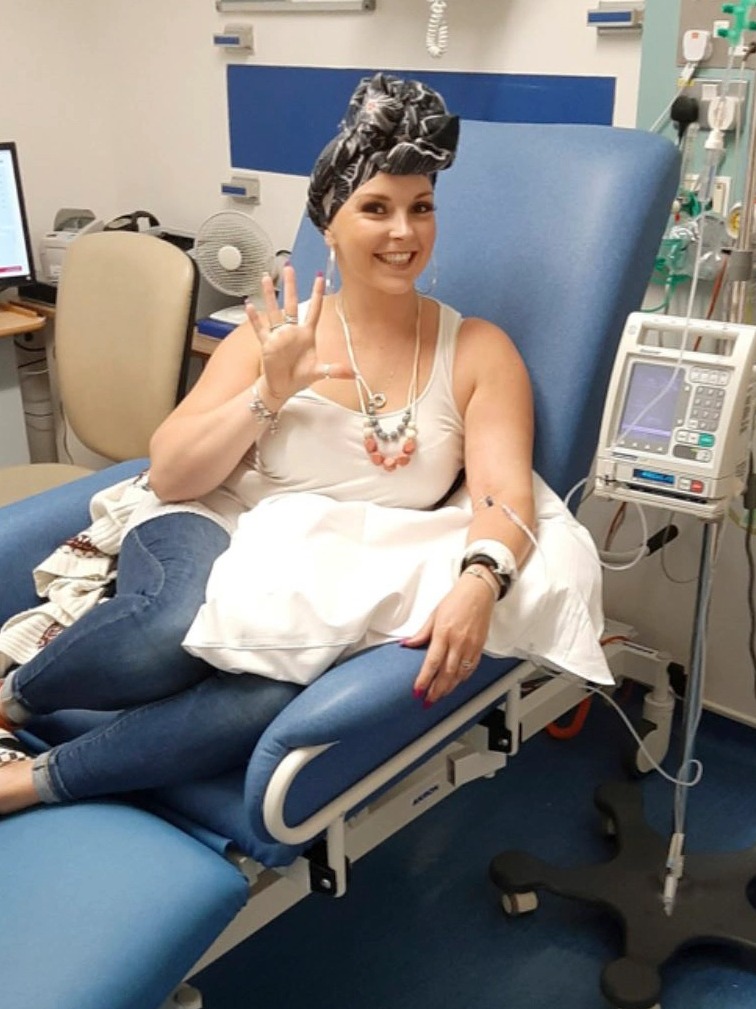