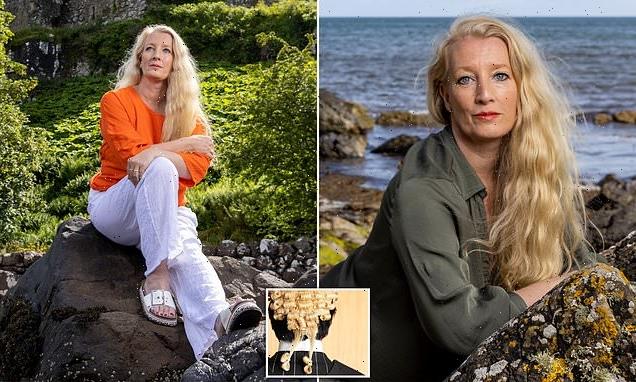 I defended alleged rapists when I was a victim myself… all I could do was bury my feelings! HELEN FIELDS was raped at 16 by a special constable. She went on to train as a criminal barrister, taking a host of sexual assault cases

As a criminal barrister I both prosecuted and defended those accused of rape. It wasn’t an easy job. It’s hard to get those cases out of your head at the end of the day and, yes, there were times when I went home feeling tainted.

Sometimes the sheer effort of sitting in a room and discussing those things in a calm, neutral way left me nauseous. I saw and heard awful things that will stay with me for ever.

As a barrister, it’s important that you’re not sitting in judgment — but, for me, there was an additional complicating factor: I had been a rape victim myself.

In my job, you’re defending someone who is accused of rape. Not a rapist (unless they have a previous conviction for that offence). 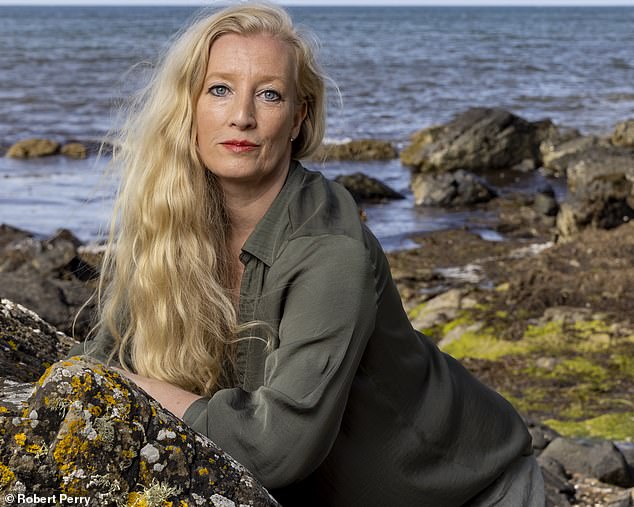 Helen Fields (pictured) was raped when she just turned 16-years-old by a special constable. He had waited until she was 16 so that he could use the defence of consent

That may sound like a technicality, but it’s really not. That distinction helps you do your job — particularly in my case.

My task as a defence lawyer was to make sure my client got a fair trial. I ensured that every defendant understood the case against them, and I put their version of events before the court for the jury to weigh up.

My own assault occurred roughly eight years before I first represented a client in court. It was the day after my 16th birthday, and I realised afterwards that the man who raped me had been waiting for me to turn 16 so he had the defence of consent available to him.

He knew the law pretty well as at the time he was a special constable — a part-time police officer. He was also a leader in a community group I attended, so he was in a position of some authority over me.

He knew my family, my home, all my friends. Everything about me. He knew my parents were away the night he offered me a lift home from a party, and he knew what he was going to do when he pulled his car into the layby of a country lane in the pitch dark and raped me. 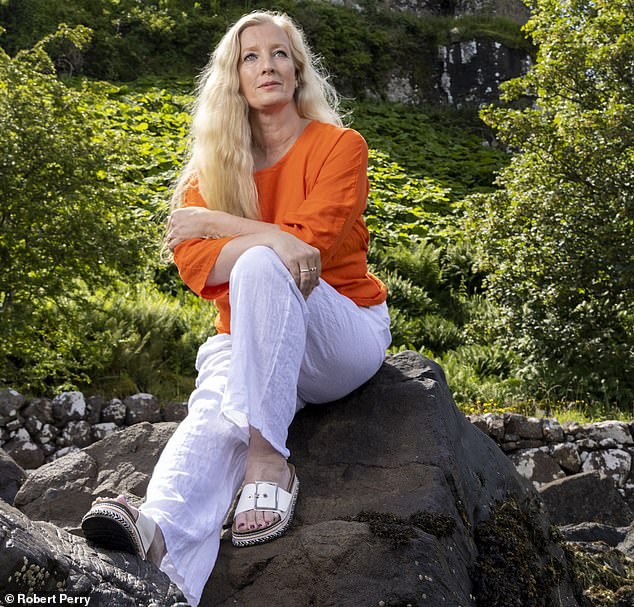 The former criminal barrister explains how she used to defend and prosecute those accused of rape, and how she has used those experiences in her novels

I didn’t report him. The vast majority of girls and women don’t. The prospect of telling my parents, of reporting him to the police in my local community, who I assumed were all his buddies, of going to court to tell a jury about it, was unthinkable.

I hid the memory and my feelings as deep down as I could, and simply carried on.

Only these things don’t really stay buried. A year later, I decided that I would study law: my plan was to become a barrister.

I was more interested in the advocacy and the people side of life, so I chose criminal and family law rather than the big money of a commercial practice.

I always knew that would mean working on sexual assault cases. I really didn’t think about it too hard when I was making my decision. I was young, I was tough and I wanted to change the world.

Looking back, there’s no doubt in my mind that my experience was a factor in my decision. I knew very little about the legal system at 16, but I understood that being asked so many questions, or being called a liar, and of having all those people explore every aspect of my life, was absolutely terrifying.

And there was something else, too; something far more basic and primal. I wanted to test myself, and maybe prove that I was bigger than that awful thing that happened to me. That I’d risen above it all.

(Spoiler: I hadn’t, of course. These things always come back to bite you when you least expect it.)

As a criminal barrister, it’s common to both prosecute and defend. You get briefed by either side, and you take whatever case you’re sent.

You don’t get dropped straight in at the deep end, of course. I started with more minor cases, which meant that by the time I was prosecuting or defending rape cases, I’d built up a bit of a barrier to the emotional rollercoaster I would experience. 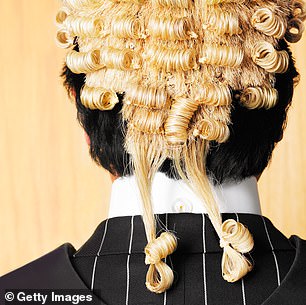 Helen says that she conducted herself in accordance with strict rules of her profession and was polite, doing her job to the best of her ability

One week, I could be sitting with the victim of a sexual attack, with their family and spouse, explaining the process, helping them understand what was happening and why.

Sometimes, I’d have to explain why the verdict was not guilty, or why the sentence seemed so short. Knowing how they felt, understanding that they would go home and relive their experience in their minds over a period of years, made me feel useless. Even when the legal system works effectively, it doesn’t reduce the pain or the trauma.

Then, a week later, I’d be sitting on the other side of the courtroom defending (usually, but not always) a man accused of doing terrible things to a girl or woman against her will.

It wasn’t always easy. There were times when a defendant would say something that took me right back to my own experience. Moments when I would be cross-examining a victim and the horror on their face as they relived their experience was all too familiar. Those were the times when I really had to steel myself.

It’s completely inappropriate for a barrister to show personal emotions in the courtroom. So, however much I was suffering inside, all I could do was toughen up, swallow my feelings, and carry on.

I never questioned myself for doing those cases. I conducted myself in accordance with the strict rules of my profession. I was careful and I was polite. I did my job to the best of my ability.

Sometimes, if I’m honest, I think I worked almost too hard to prove to myself that I never let my personal feelings get in the way of my job — and perhaps to fight for closure, telling myself that I couldn’t possibly still be damaged by a rape if I could do that job.

But it took its toll. I did have flashbacks and I did suffer during those cases. I responded by putting a super-tough shell around myself.

Superficially, though, none of it ever seemed to get to me. Once again, I squashed my feelings. I took my anger out in silent rage as I packed the dishwasher too forcefully and stood for therapeutic hours throwing branches onto a garden bonfire during winter weekends. 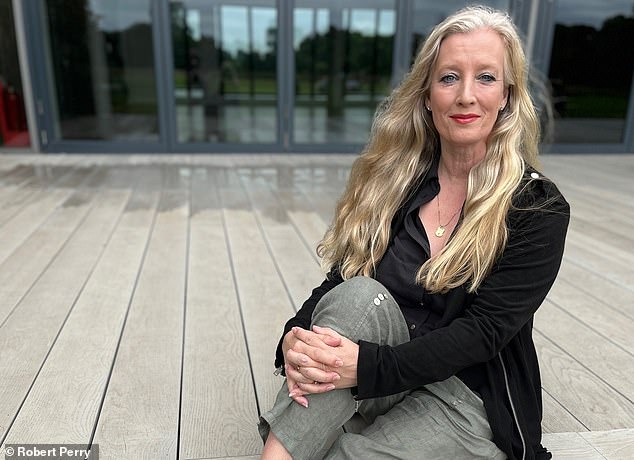 Everything changed when I had children of my own.

As a new mother (I now have two boys and girl), with all the pressure of being self-employed (independent barristers are all self-employed), and with the relatively low pay at the Criminal Bar, I was back in court six weeks to the day after I had my first baby.

I kept going like that until I had my second child, at which time my husband stepped in with a reality check. He told me, kindly but honestly, that I was too closed off. That working a 60-hour week, every week, meant I was too exhausted to be the sort of mum I wanted to be, let alone any fun or support as a wife.

He wasn’t telling me anything I didn’t already know, but it was still a shock — and quite devastating — to hear it put so plainly. And the cases I was doing by then were pretty awful.

Women barristers often get asked to prosecute and defend in sex offence cases. Solicitors appoint us hoping that a jury will think: how bad can a man really be if a woman barrister is prepared to defend him?

But the reality is that we’re not allowed to turn down cases if we are professionally qualified and available.

Today, I’m no longer a criminal barrister. Instead, I have used my experience from those cases to become a novelist. As a parent, I’m very open with my three children about the reality of life, sharing the realities at age-appropriate stages.

From the multitude of sexual offences cases that I undertook over the years, I defended a few men who I genuinely believed — and with the evidence to back them — were innocent of the rapes they had been accused of. Those cases were equally awful in terms of the impact the allegations had on their lives.

So I talk to my teenage boys a lot about consent, care, not making themselves vulnerable, about respecting women.

I ask them to having meaningful conversations with girls about the stage their relationship is at. I talk to them, too, about the impact of unwanted sexual advances.

As for my daughter, she’s younger but I’m incredibly careful about where I let her go and with whom.

My life experience means I don’t really trust anyone. She knows well enough that what seems like a safe situation can change in a heartbeat.

I hope I can protect my daughter and teach her to keep herself safe in a world of opportunist predators, so she never has to go through what I went through.

Most importantly, I tell all three of my children not to keep secrets; not to hide their feelings.

Secrecy is a predator’s most effective weapon — our desire not to discuss such things. It’s time that changed.

Which is why I write rape cases into my novels — because it’s real, and because it happens to women all the time. I’ve seen and experienced it first-hand.

I do it because I want people to feel comfortable talking about rape as a topic; because the more open we can be about our experiences, the less likely it is to happen to other women.