Actor Sam Worthington is about to make his first appearance on the Sydney stage in 22 years, in the play Appropriate, and he is nervous. Although he’s known internationally to film audiences as Jake Sully, the star of 2009 film Avatar, which held the mantle of the world’s highest-grossing film for a decade, he hasn’t “trod the boards” in an Australian production since 1999’s The Judas Kiss at the Belvoir Street Theatre. 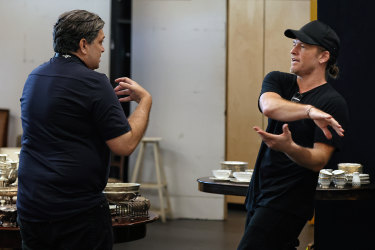 His Hollywood incognito uniform: black jeans, T-shirt and baseball cap may conceal his man bun, but they cannot hide his nerves around his own homecoming, during rehearsals at the newly renovated Wharf Theatre for the American play about a family reunion which goes awry.

In the play by Pulitzer nominated, Obie Award-winning US playwright Branden Jacobs-Jenkins, he plays Bo, one of the three estranged Lafayette siblings, including sister Toni (played by Mandy McElhinney) brother Franz (Johnny Carr) and is married to New Yorker Rachael (Lucy Bell). 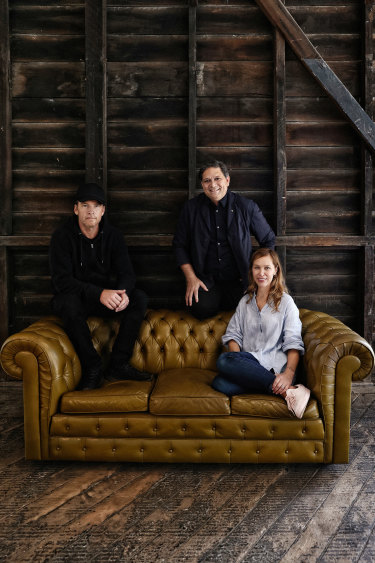 “I am the novice here … I look at the other actors and definitely they have more experience than me. I look to them for guidance … Your job as an actor doesn’t change, no matter the medium. But on the stage you can reach out and touch the audience, you’re not protected as you are behind the screen, so it can be a bit more confrontational … It’s always about collaboration, and a play is going to be fluid anyway and have its own life, which is different from film, and that’s what I’ve been longing for.”

‘On stage you can reach out and touch the audience, you’re not protected as you are behind the scree. It can be a bit more confrontational.’

The 44-year-old NIDA graduate says he’s been craving not just the intimacy of the theatre, but after 15 years living in the US since the age of 29, Australia too.

“Australia is my home, definitely. I was raised here. And even though I have a gypsy lifestyle and home has different meanings … it’s not like I haven’t been coming back. I’m not a stranger here. This is where my career started.”

A sandy stubble with a spot of gray covers his fair unmistakably Australian freckly face, and the diamond in his silver wedding band glistens like the Sydney Harbour we sit beside. He hasn’t seen this view for five and a half years. His last visit was in 2015 when he came to film Mel Gibson’s Hacksaw Ridge.

“It’s great to come back home … to a job in a play that is in the great American tradition of [playwrights] Tennessee Williams and Eugene O’Neill but does have a lot to say about this country too. It’s not like I’m returning to be in an Australian ‘ocker’ play … but it’s dealing with issues that are not only prevalent in America but ones that Australia skirts around, that definitely have resonance with this land and this culture.”

The first time he read this story of a white family grappling with the death of its patriarch in the racial tinderbox of the American south, he felt “uncomfortable”. He expects audiences to have the same “visceral” reaction he did to the script which spirals into an all-out family crisis, when the family uncovers some shocking images in an old photo album.

On the face of it Appropriate is “just a family drama”, says director Wesley Enoch, about what happens when the clan gathers in Arkansas, at their late father’s crumbling old plantation home to sort out their inheritance. 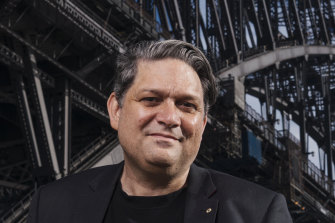 Wesley Enoch is having his own homecoming to theatre directing after his stint directing the Sydney Festival.Credit:James Brickwood

“But then you start to unpeel the onion and you see there are all these layers that are just so resonant on so many other levels,” says Enoch. It’s a dark comedy that is about race as much as it is about family secrets that have been buried.

This is why Indigenous eyes were recruited to direct it. Enoch, born to a Noonuccal Nuugi father and a white mother on Queensland’s Stradbroke Island, is directing and Sharri Sebbens, a Bardi Jabirr Jabirr woman who grew up in Darwin, is his assistant.

“It’s written by an African-American, and because of a lot of his other work is about race, you can’t help but see that this is about race and America’s racist history, but it is a study in whiteness too, I reckon you can see it in so many different ways.” 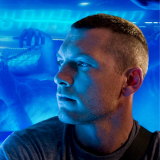 After six years at the helm of the Sydney Festival, Enoch is returning to directing at the Sydney Theatre Company. He’s likely nervous too, not just about his own homecoming to the theatre where he first worked 20 years ago, but also about this interview for his star recruit. He sits in on it, to ensure we don’t veer into tabloid territory for Worthington, whom he first saw on stage in his 1999 The Judas Kiss stage performance directed by Neil Armfield. Questions about the play are deemed appropriate, but details of Worthington’s young family (like the name of his third son, presumably beginning with the letter R, like his other sons Rocket and Racer – so that they have three Rs) are not.

Raised in Rockingham, south of Perth, the performer spent this year’s Australia Day in quarantine, holed up with his wife, model Lara (nee Bingle), and three young sons aged five and under. He left his Sydney hotel on the Saturday, went to the STC’s photo shoot for the production on the Sunday, and on Monday, February 1 began rehearsals for the work which opens March 19.

“It’s interesting to have been in America, living in it everyday, because [stories about race] are on the television constantly, but here on Australia Day, you talk about Invasion Day on the television, and then the next day that’s it, the conversation disappears. But in America, just because the protest is over doesn’t mean that the discussion is over, in most people’s cases there, the fight about race and the conversation has only just begun.”

Worthington has risked everything professionally before and pulled it off on several occasions. He confirms an apocryphal sounding story about his father Ronald, who bought his 17-year-old son Sam a one-way ticket to Cairns (the furthest place from Perth in Australia he could think of), gave him $400 and told him to work his way home. He did a loop and a half of the country, picking up a would-be actress girlfriend and several tradie jobs as he went. He was working as a brickie when the pair tried out for NIDA in Sydney. He got in, she didn’t. They broke up not long after.

‘Look at it as a job, you need to have a set of skills, you need to be good at. Just look at it that way. It was perfect advice.’

“Figure out who you are in the world is what I think dad was trying to teach me rather than just sitting around waiting for someone to tell me who I was. I don’t think it would ever have bothered my dad if I came back and said I wanted to work in a power plant like him.

“Acting was never something that I grew up thinking you could do … By the time I got to drama school I think it was Richard Wherrett [the founding STC director] who was the one who gave me a lot of good advice. He said look at it as a job, you need to have a set of skills, you need to be good at. Just look at it that way. It was perfect advice.”

After he’d won the AFI best actor award for his role in the 2004 indie film Somersault, by Cate Shortland, Worthington sold up everything he owned and headed to Hollywood and auditioned for Avatar. When former truckie-turned-director James Cameron cast the former brickie-turned actor Worthington in the lead role, well, the rest is cinema history. Future projects, involving his role in sequels to Avatar, are also firmly off-limits today. As is any discussion as to whether this move to Sydney is permanent. 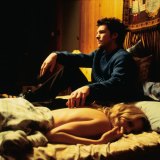 You’d have to think though, given he’s living near Bondi Beach and has enrolled Rocket, his eldest son in school here, it’s home at least for the immediate future.

Worthington still has the same agent he had when he was a 21-year-old student, Ann Churchill-Brown, who is responsible for his homecoming, having secured him this job in one of the few countries in the world where theatre is being performed.

Mandy McElhinney, who plays Toni, sister to Worthington’s Bo, says she’s found him incredibly available during rehearsals for the play, which has a broader metaphorical meaning as well as the intimate family story.

“We are creating new families and exploring the different relationships in an intimate way … but the different family members can be so cutting and awful to each other you are sometimes left with the residue of the characters at the end of the day. We have to give each other a big hug, leave that at the theatre, and go home and have a cup of tea to wash it off.”

Lucy Bell, who plays Worthington’s wife who comes to the family drama with “outside eyes” says there have been some interesting questions in the rehearsal room about race, which Enoch and Sebbens have been “unafraid” to discuss.

“This is a play which asks how much do you want to know about your past, as a family and a nation.” She’s consulted her New York-born brother-in-law musician Phillip Johnston for tips on her accent as well as her voice coach.

Enoch is thrilled with the opportunity to work with this cast, which he feels so far are working well together “they’re not as dysfunctional as a real family.”

“What Sam brings to the rehearsal room is rigour, rigour, rigour. This idea of true rigour on yourself…..I think that this play encourages people to be curious about their discomfort, in their family, in their nation, in what they’re thinking about the world, in a way that’s still quite engaging and fun. It doesn’t tell you what to say or what to think, there is no resolution. It’s going to leave you with a set of unanswered questions.” Perhaps a bit like an interview with Sam Worthington.