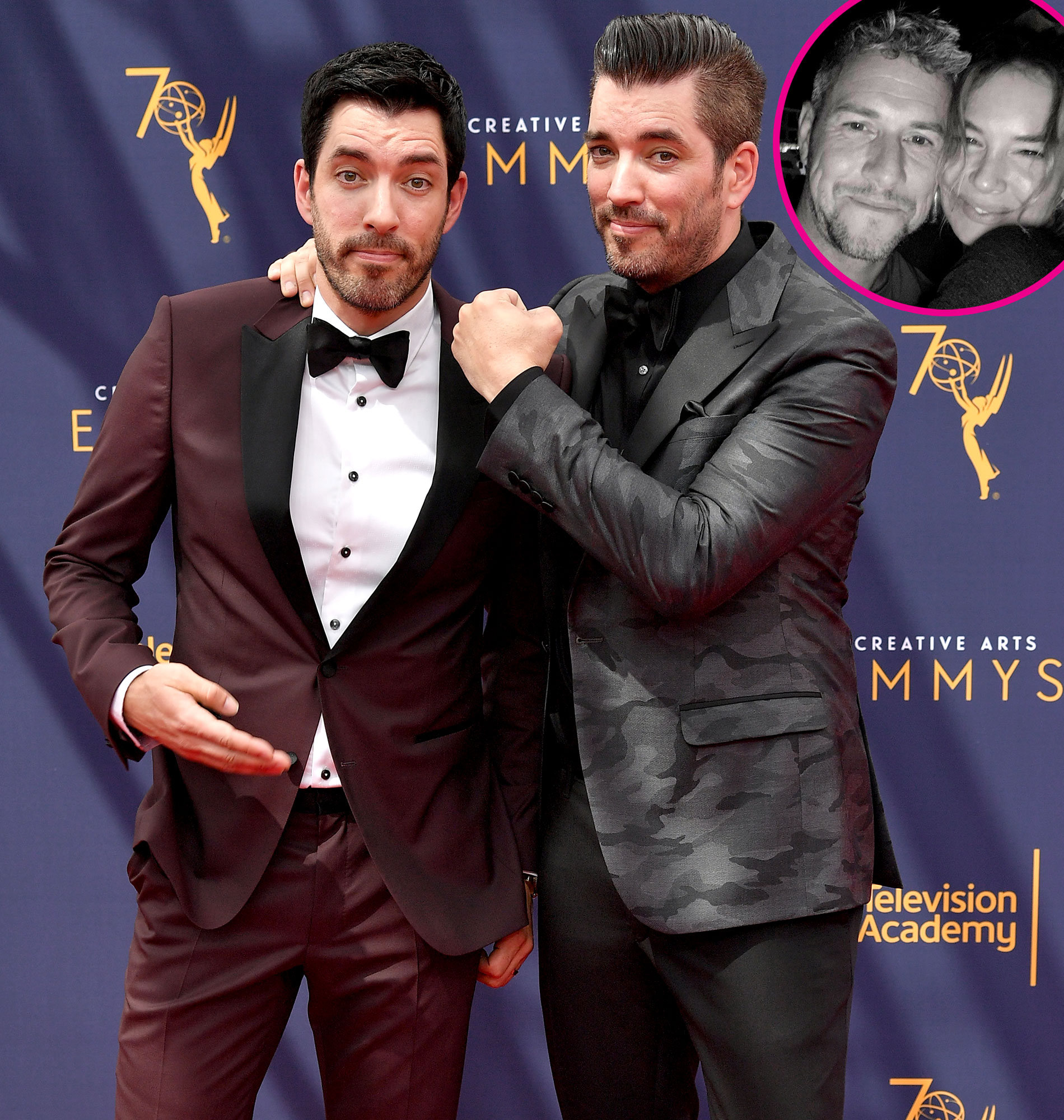 Playing matchmaker! Jonathan Scott and Drew Scott had a little something to do with Renée Zellweger and Ant Anstead‘s romance — and the brothers are willing to take all the credit.

During an interview with Extra on Wednesday, April 13, Jonathan, 43, joked that they were “directly responsible” for the surprising connection because of their show. “Celebrity IOU Joyride was actually not just about a car show giving back to people. That was actually an undercover dating show to find Ant the love of his life,” he teased.

Drew, 43, for his part, noted that “showmances” tend to happen when it comes to their home renovation programs.

“Over the years, with all the shows that we’ve hosted or produced, we have a whole bunch of people, and this isn’t just one-night stands, this is people who have fallen in love, gotten married, they have kids,” the Canada native explained. “We have some of our designers with our directors or ADs with our construction team, so it’s really cool for us to see how many people find love and emotional connection in all of these shows that we do that are all about love and emotional connection.”

Earlier this month, Zellweger, 52, offered her own version of events when it came to her first meeting with her boyfriend, 43, giving her former publicist Nanci Ryder a shout-out at the time. After Ryder’s passing in June 2020, the Oscar winner decided to film an episode to celebrate the nurses who cared for her late friend.

Since their chance meeting, the Bridget Jones’s Diary star and Anstead have continued to discuss how Ryder brought them together. “We do joke about that,” Zellweger told Harper’s Bazaar late last month. “She’s always doing her best. It made me smile. It made me smile to think on this, yeah, the serendipity of it all.”

The Texas native’s insight on her relationship comes after Anstead revealed the major milestone that they have recently reached. In January, the U.K. native confirmed that Zellweger had met his children. He shares daughter Amelie, 18, and son Archie, 15, with Louise Anstead and son Hudson, 2, with ex-wife Christina Haack.

“They’d had a chance to meet many, many times on FaceTime,” he exclusively told Us Weekly in January. “So it wasn’t a case of, ‘Hey, here’s someone new.’ It was all very organic. … It was really nice. They came for three weeks. We just switched off and made sure we spent time together. It was amazing.”