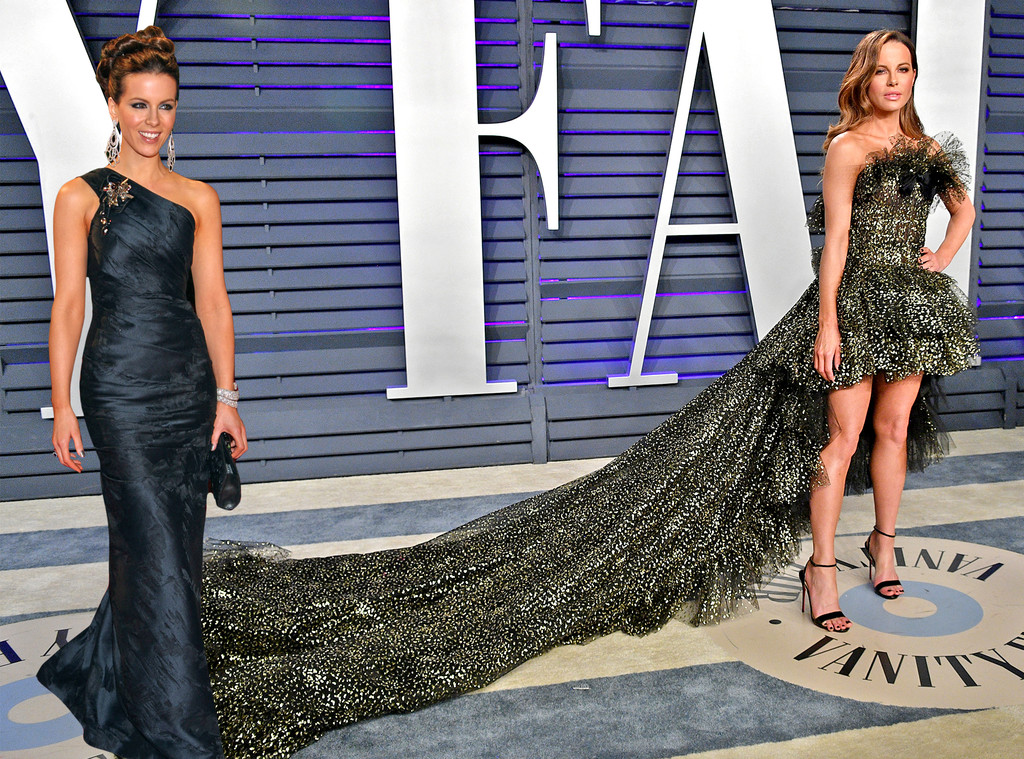 A lot can change in ten years, especially when it comes to style.

It’s hard to believe that ten years ago people were still wearing low-rise jeans, velvet tracksuits and a ton of other styles that people would no longer consider en mode these days. This is more than evident in the gowns that stars were wearing on the red carpet at the 2019 Vanity Fair after party.

Gone are the pastel cocktail dresses, open-toed shoes and asymmetrical gowns of 2009 and in their place are sheer fabrics, tons of shimmering beads and dark colors. The red carpet for the Vanity Fair after party was full of looks with these styles, bringing in a new era of glitz and glam that will reign supreme for the rest of the year.

Seeing the looks from 2009 showed a clear contrast between the looks over the years. One of the stars who exemplified this change in trends was Kate Beckinsale, who wore a bold Giambattista Valli gown that was the total opposite of the elegant gown she wore in the late ‘aughts.

To see how the world of fashion has changed in the past decade, check out the gallery below! 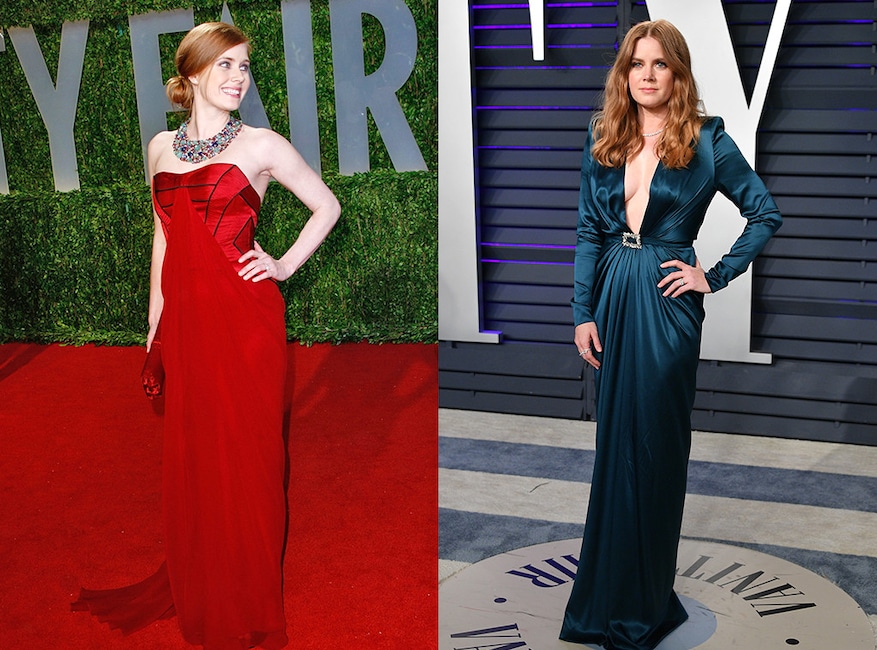 Carolina Herrera helped Adams pull off her 2009 red carpet with a chic red gown but it was her chunky Fred Leighton bib necklace that stole the show. However, this year Amy went for a classy yet simple look by wearing a deep blue Alexandre Vauthier couture gown. 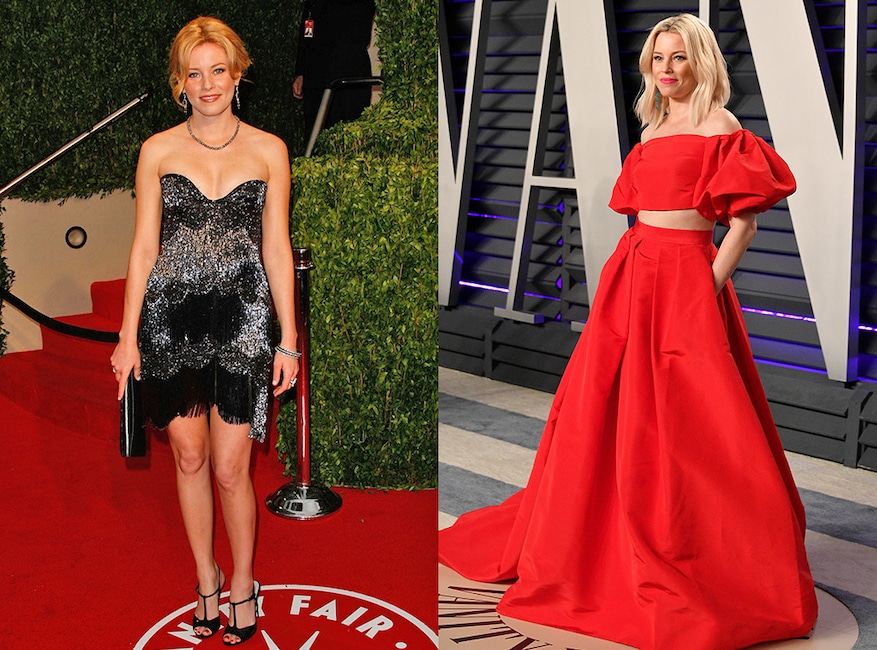 The trend this year seems to be the idea that less is more, so Banks ditched the beads and jewels of yester-year in favor of an elegant Monique Lhuillier design from the Fall 2019 collection. 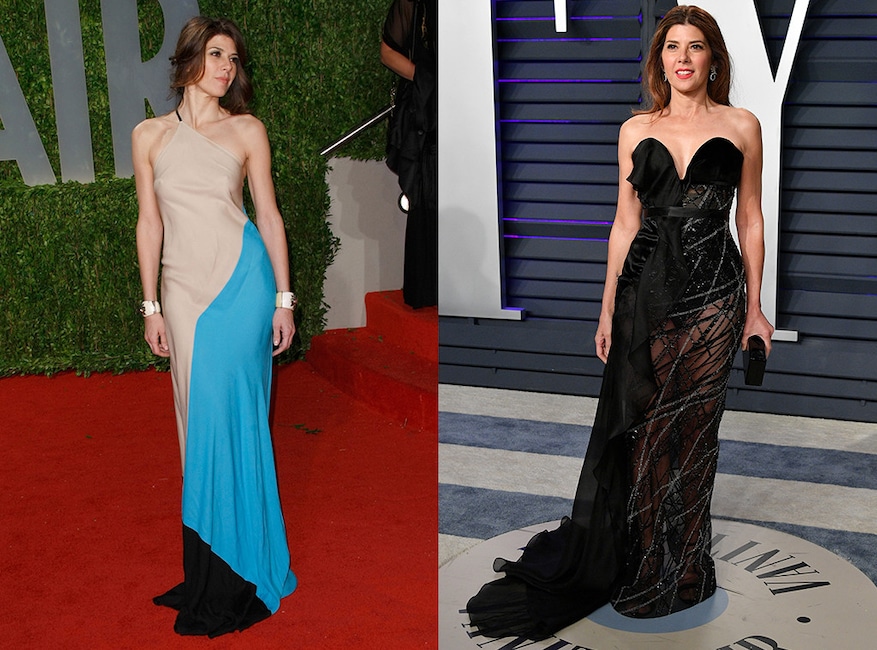 Dark tones, silk and beads completed Tomei’s glam red carpet look from Ralph and Russo. As for jewelry, the star kept things simple with an elegant pair of earrings. 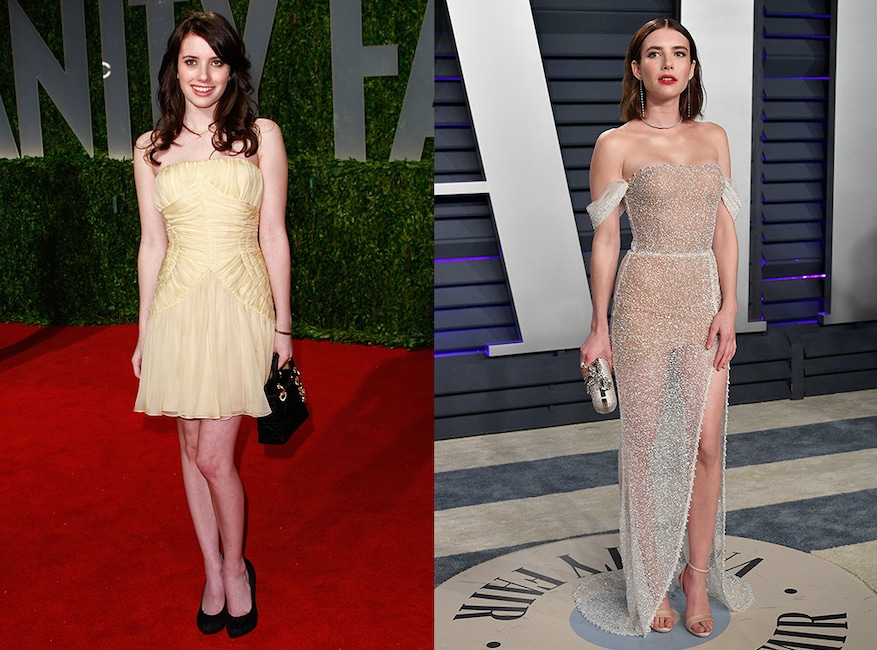 All eyes were on the star who sparkled in a Yanina Couture gown and classic Louboutin heels. The radiant look was a far cry from the yellow cocktail dress that she sported in 2009. 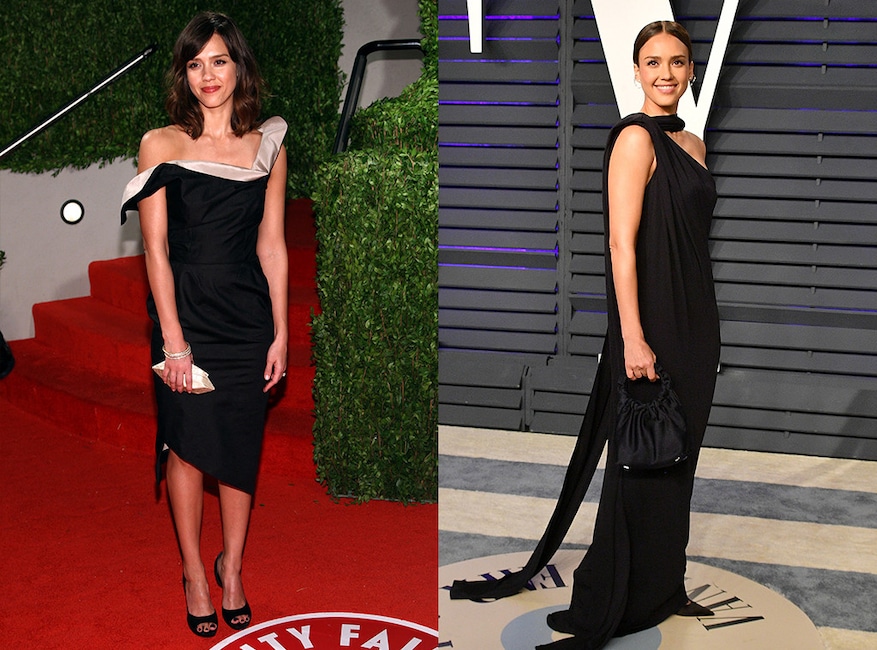 The little black dress continues to reign supreme in Alba’s closet, except this year it’s a bit longer. Narciso Rodriguez made the actress a custom gown for her night out on the town. 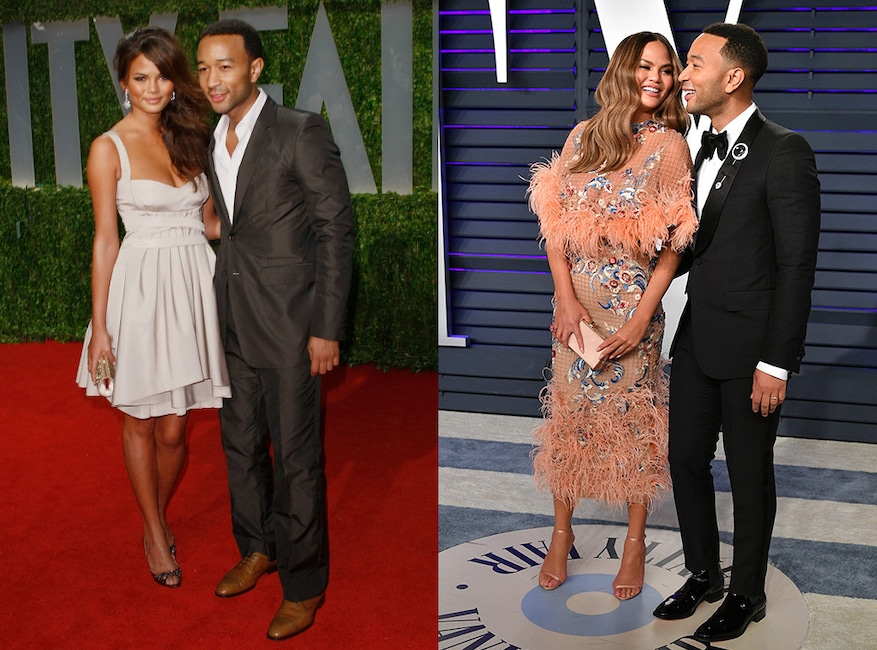 She may have ditched the runways for hosting duties and being a cookbook author, but Chrissy still knows how to rock a red carpet. She wore a pre-Fall 2019 dress from Marchesa to the show where her hubby performed. 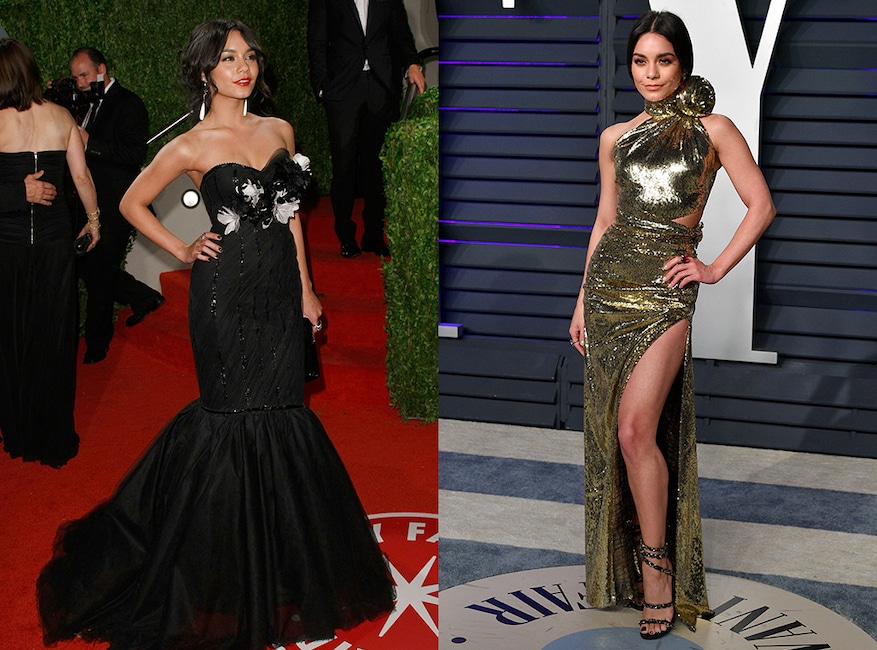 She never fails to disappoint with her red carpet looks. This year, she went for a look by Peter Dundas that showed more than a little leg. 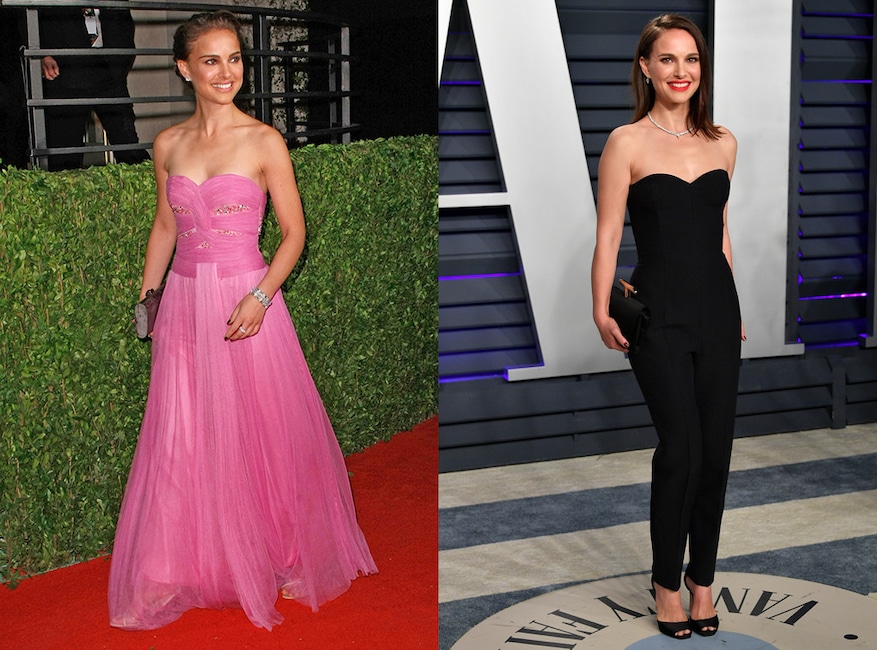 Sugar, spice and everything nice could never compare to a powerful black pantsuit designed by Dior. The Dior ambassador wore a black cocktail bustier jumpsuit from the label’s Spring-Summer 2019 Haute Couture collection. 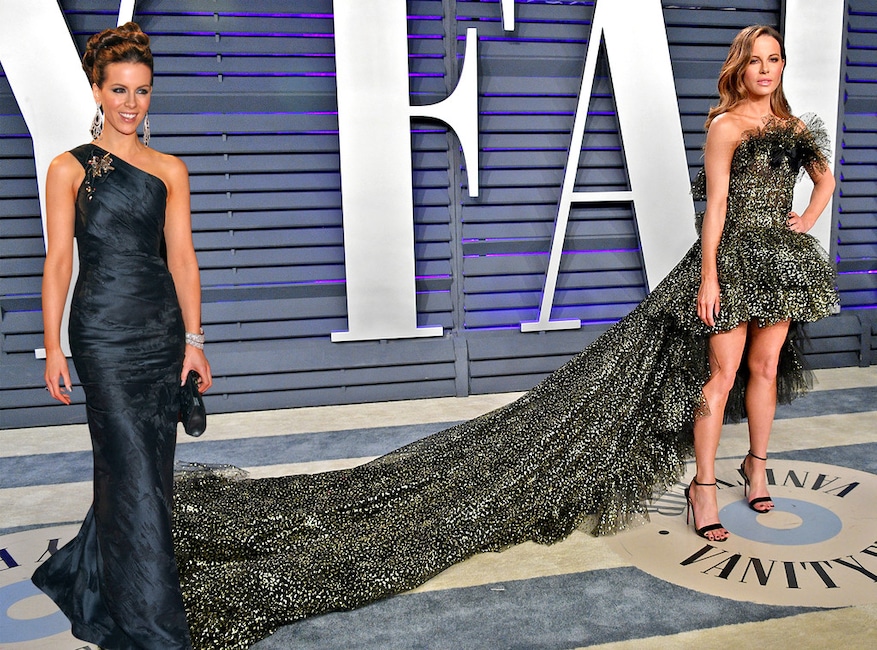 Beckinsale’s long train demanded attention as she navigated past people in her Giambattista Valli gown from the Spring 2019 collection.

While fashion trends may come and go, these photos prove that beauty never fades!