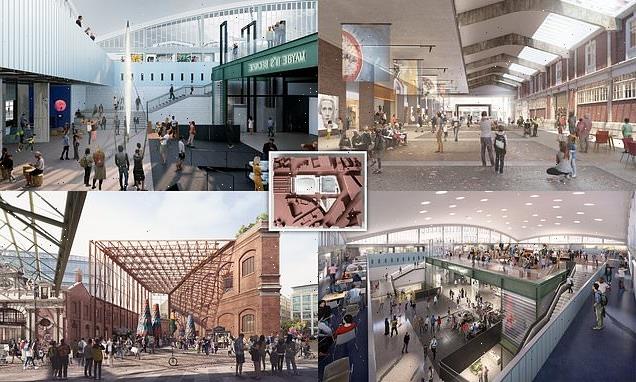 Pictured: How iconic Smithfield’s Poultry Market will look when it reopens as home of the Museum of London in 2025

The historic Smithfield Market on Grand Avenue has been shut since November last year.

Smithfield’s 1960s poultry market and annex is due to reopen as home of the Museum of London, who are moving just half a mile from their old location at London Wall.

The Museum of London’s former building, located near the iconic Barbican, was due to be replaced by a concert hall, but the project has been paused.

The new site is due to be particularly bigger, including a large covered area for events and it will allow more room for exhibitions.

Despite its history, the 800-year-old market recieved only a fraction of the footfall of Covent Garden, Bloomberg reports.

A new wholesale mega-market is also due to open in 2027 at Dagenham Dock, which is 42-acres.

The meat sellers from Smithfield’s market will merge to this new plot with New Billingsgate and New Spitalfields, which are wholesale fish, fruit and flower markets.

However, the Evening Standard reported that traders said this move will ‘profoundly impact’ their businesses.

Paul Williams, Director of Stanton Williams Architects, who are designing the new space, said: ‘We are immensely excited about being given the opportunity to work with the Museum of London on this wonderfully challenging project – participating in an endeavour that will transform an area of London that has such a rich history, but sadly has been in decline for many years.’ 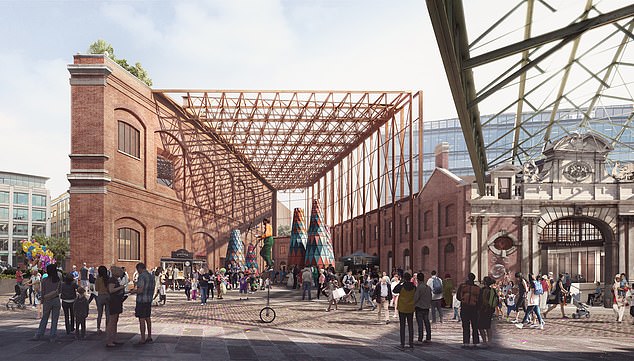 Smithfield is the largest and oldest EU approved wholesale meat market in the country.

The large London market, designed by architect Sir Horace Jones, is over 140 years old, set up in 1860 by an Act of Parliament on Charterhouse Street. Livestock, however, has been traded on the site for around 900 years.

Originally known as Smoothfield, the area was a large open space just outside the city boundaries on the edge of St Bartholomew’s Priory, used as a vast recreational area in the 12th century where jousts and tournaments took place.

By the late Middle Ages the area had become the most famous livestock market in the country.

Smithfield was used as a place of execution for criminals, including Wat Tyler, leader of the Peasants’ Revolt, and Scottish hero William Wallace, from the early 13th century.

It was also the location of Bartholomew Fair – three days of three days of merrymaking, dancing, selling and music which over the centuries became the most debauched and drunken holiday in the calendar.

The market was closed during the Second World War for storage purposes, and to act as the theatre of secret British government experiments – and was even bombed during the Blitz.

Its original Poultry Market, now a Grade-II listed building was destroyed by a fire in 1958, but was reopened in the 1960s.