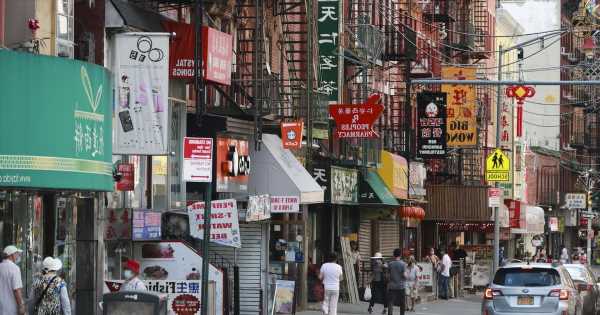 Businesses in Chinatowns across the U.S. are recovering after battling closures from the pandemic and a rise in hate crimes against the Asian American and Pacific Islander community. Vic Lee, the co-founder of Welcome to Chinatown, is making sure Manhattan’s Chinatown stays open. She recently spoke to CBS News about her work in the community.

CBS News: To start, tell me about your connection to Manhattan’s Chinatown?

Vic Lee: I am a native New Yorker. I grew up in Brooklyn, and Chinatown is a really special place for me. I think of my upbringing being in Chinatown because I used to come out every Sunday with my parents and my sister. We would drive out to Chinatown where I had Sunday dinner with my grandmother. It’s this very formative part of my identity. Now in my early 30s, I’ve been living in Chinatown for the past 10 years. It’s this place for me, as an Asian American woman, where I am able to understand what it means to be an Asian American woman. On those Sundays, it wasn’t just about the dinners. We would run errands, go to the local Chinese grocery stores to buy everything. My grandmother, when I was really young, she took me to the park. I remember celebrating Lunar New Year and going to the temple. All of the experiences I remember growing up are very much rooted in Chinatown.

Then COVID hits, and you saw all of Chinatown’s small businesses shutting down. What was the tipping point for you where you thought something had to happen?

I remember it was already weird around the Lunar New Year. It was very quiet and it just didn’t feel festive. Looking back now we know there were steep business declines already then, as much as 80% even before the pause. I have this really vivid experience of going to Wo Hop, which is one of my favorite places to eat. I wanted to dine there before everything was going to shut down. I could hear one of my favorite waiters who’s been serving me since I was in college talking to his coworkers saying,  “If everything is shutting down, what do we do from here?”

That really broke my heart because COVID, particularly the narrative of the “China virus,” dehumanized small businesses. I could not imagine their concerns about not being able to make a living. That’s when I felt like, “OK,  something has to happen.” 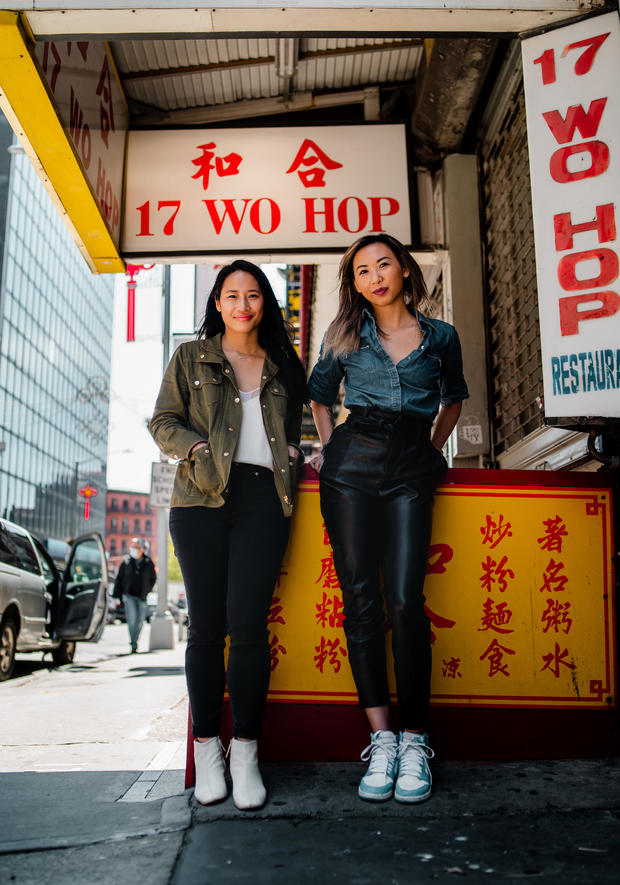 Later on, the government tried to do something by offering small business loans. Did you see socioeconomic and cultural barriers other businesses seemed to face?

For sure. There’s a lot of cultural, language and socioeconomic barriers that prevent business owners from getting access. There was a great study from the Center for Responsible Lending, they estimated when the Paycheck Protection Program was first rolled out, 75% of Asian-owned restaurants were not going to qualify for the loans through mainstream credit unions.

At Welcome to Chinatown, we started by trying to be a gift card platform. We wanted to create gift cards so that patrons could purchase gift cards essentially to give cash to businesses. I realized Chinatown has historically been cash-only in many legacy institutions. So myself and my co-founder thought “what do we do?”

We wanted to set them on platforms, and businesses were extremely hesitant. They were like “Why are you doing this. We’re not sure if we trust you. You are asking for finances.” They don’t want to answer those questions.

So they were hesitant at first to even trust you?

Yeah, it wasn’t easy. We ended up pivoting to a meal donation program where we were fundraising and using the money to buy bulk orders from restaurants that were open and then donating to front-line workers. Through that program, it was like baby steps because I could actually talk to the business owners. They started to get to know my face. That’s when we learned that they were struggling with getting money.

Eventually, we evolved into a grant program, but even with the grant program, we don’t assume technology access, we don’t assume language access. We have to go door to door to each business. And that made a difference because 26% of our applicants were through the paper version. It’s not as simple as it seems for people to get funding from the government.

It’s interesting how it took your face-to-face interaction to build that trust. Have you been able to see a business that maybe would not have survived without your organization?

Of our grant recipients who completed a survey, 100% said the grant helped their business from shuttering.  My favorite story is this business called K.K. Discount. It’s a family-owned business that was a grant recipient, and we assist them with social media presence. The father reached out to us and said besides the funds keeping them open, he has noticed more younger patrons coming thanks to our work — we are able to introduce his store to a new generation. 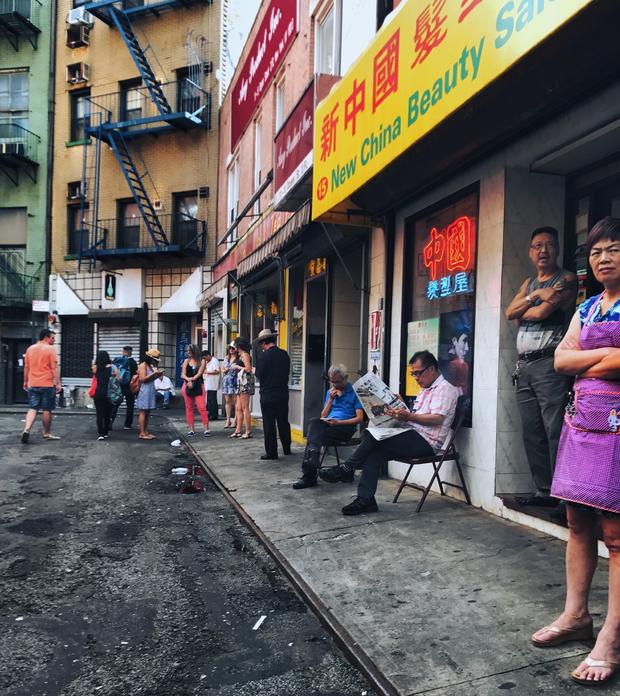 That’s an additional thing Welcome to Chinatown is doing, getting younger people involved not just with small businesses, but with the cultural aspect. How do you see that happening?

Most of our volunteer base are younger Asian Americans that are either first or second generation. Many of them want to get involved because they realize now how important these ethnic enclaves are.

When I thought about Chinatown, my worst fear was not being able to take my children here. That they would not be able to experience it the same way I had growing up. We’re seeing a lot more community advocates that are younger. In Chinatown, there’s a lot of political red tape. There’s some old-school machine politics that still goes on. But you’re starting to see other faces of individuals in their late 20s, early 30s who are like, “Hey, I want to do something now.” I think it’s really important to have that representation.

It wasn’t at the forefront. My co-founder and I are not artistic people. Our Head of Creative Harry Trinh reached out to us and said ‘hey I think your website could benefit from some better design.’ He has done an amazing job with the branding. He showed where we can invoke the old school and the new school. He uses these really great motifs that are found in traditional Asian packaging.

But it’s evolved, now we realize how important it is to have the creative element to our storytelling. We’re trying to amplify the voices of business owners who may not have known the importance of branding. If we want to rejuvenize the stores, I think art is key.

I was reading one of your mission statements. “Preserving the community by reclaiming the narrative around Chinatown and amplifying voices of those most at-risk through storytelling.” What is the story you think is not being told about Chinatown?

I think the story not being told is that the community is resilient. Particularly Manhattan’s Chinatown is a very resilient community because it’s gone through Hurricane Sandy, it’s gone through 9/11, hopefully, it’s getting through COVID. But we’re also forgetful of how much this community has had to go through.

We have to remember that a community like Chinatown is not just for tourism. It’s a great place to visit. It’s a great place to learn about culture. But when you go on TripAdvisor, why is Chinatown rated 3.5 stars? Reviews will say, “Oh, Chinatown is smelly. The fish markets.” You have to remember as responsible tourists these fish markets are not for you. They are for the residents here. One in four Asian Americans live in poverty and Chinatown does have a higher poverty rate, particularly among seniors. These stores are really integral to the community. I think people need to be more respectful of that. Frankly, if you want something authentic, what’s more authentic than that. 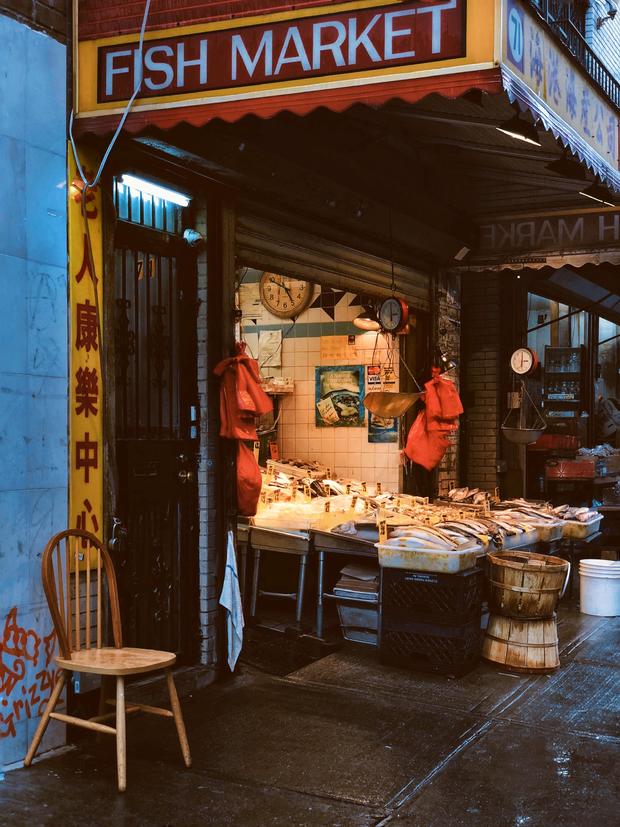 You spoke about the resilience of the community. We have seen a rise in hate crimes against the AAPI community, particularly in New York City. How has that impacted your community?

Aside from fear, I’m even scared to go out past a certain time without one of my friends or my partner. There’s this emotional trauma that people will carry and it gets down to the micro-level of how it’s affecting business owners. We talked with a jewelry store owner, and we were hoping to arrange a photoshoot there. They said this has to be done by 6 p.m. because they can’t have my workers leave late. Many of the business owners have had to shorten hours, not only because of a lack of workforce but because they’re concerned about personal safety.

We are seeing more and more people step up, whether Welcome to Chinatown or community safe walks. There are things coming out of it, but it’s unfortunate we had to get to this point. It’s really been an experience like this for a year. If you talk to anyone in the Asian community nobody’s surprised, if you are going to have the rhetoric that was propelled, it is just now hitting its tipping point.

What do you think is the future for your organization?

I do want us to shift out of the whole COVID narrative. Why we focus on small businesses is that once you lose small businesses, you begin to lose the heart of the community. In New York City, that is where it starts to lose its vibrancy. What we are hoping is that as small business owners are coming out of this, what can we do to ensure that they’re thriving independently? How do we get them access to the resources that they may not have known that they needed before or were not able to access?

And now you are getting involved in local politics.

A lot of the work that I’ve been doing has shown me how local politics are really important. So, for the upcoming Democratic primaries, I’m running for District Leader in the Chinatown area, assembly district 65D. It has shown me that it is really important to hold elected officials accountable, and it’s important to have more voices like myself or encourage other people in the community to start doing this. Because I don’t think things are going to change unless we have diverse voices.