“Nat, if you run down the hall, you can still catch him,” my 93-year-old grandma said to me from her hospital bed. “Who?” I asked. “My new doctor,” she said. “He’s a very good-looking young man. He reminds me of my George Clooney.”

She had a thing for George Clooney’s hair and teeth, and once I almost decorated her hospital room with magazine pictures of “George” as though my grandma were a teenage girl with a crush. A few weeks after this conversation, my grandma died. But not only did my grandma die — but also my surrogate parent and best friend. She’d raised me, and we had a bond that was the kind you have with a best friend where you don’t have to say a word, yet you know what the other person is thinking and feeling.

That was two years ago, just a few months before Christmas. Grief is hard enough in and of itself, but coping with grief over the holidays is a whole other level. Not to mention, Christmas had been my grandma’s favorite holiday, and everyplace I went seemed to be playing “It’s The Most Wonderful Time Of The Year” on repeat; clearly, to me, it was far from wonderful. The song haunted me everywhere — at department stores, gas stations, and even as I’d be waiting at a stoplight and hear the song emanating from another car or from a parking lot on the corner selling Christmas trees, a family smiling as they walked from tree to tree. Wasn’t there another song people could play?! Doesn’t everyone know my grandma — my favorite person in the world — died, and Christmas will never be the same again? 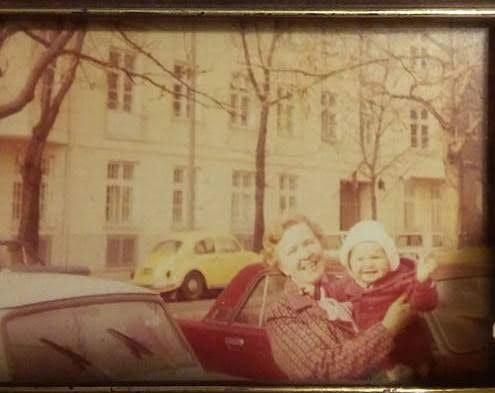 I grew up in her house, and she’d prepare for it for weeks — dusting off brightly colored crystal wine goblets, polishing the silverware (which was actual silver), and making 101 different food dishes in preparation for Christmas Eve dinner, Wigilia, the night Polish people celebrate Christmas. Traditionally, it was a 12-course meatless meal, so that meant dishes like smoked white fish, sauerkraut, and Polish mushroom soup. You could probably smell the smoked fish and Polish mushrooms for miles.

My grandma (Busia in Polish) would also go into the attic to dig out a decades-old Santa Claus costume she cherished, which was buried under embroidered tablecloths and Christmas ornaments, as well as a hand-carved wooden nativity set she’d gotten on a trip to Poland. Then, she’d invite everyone over, from any relative within a 100-mile radius to a stranger she didn’t know, but she’d heard they had nowhere to go, so why not invite them over, too? Polish tradition also said to set an extra table setting for a last-minute guest and Busia usually filled that, as well as used the piano bench for last-minute seating, too.

However, before anyone could eat, opłatek had to be shared. It was a rectangular wafer the length of a chocolate bar but the width of a Communion wafer you’d get at church; it was also imprinted with a Christmas scene. Everyone would get one and the head of the household, Busia, would find the next oldest person, such as her sister, and begin the pre-dinner ritual. They’d break off a bit of the wafer from each other’s wafers, share wishes they had for the other person for the new year, and hug, with “I love you”s sprinkled in, too. My grandma would always tell me the same thing, to “thrive, not just survive.” Even when I went away to college, then grad school, then several apartments outside of Chicago, she’d send me opłatek in the mail, hidden between pieces of cardboard so the Christmas scene wouldn’t break apart. Each time, she’d end her note reminding me to “thrive, not just survive.”

But back to Wigilia. After the what seemed like a 100-course meal, once Santa arrived and left, my grandma would pass out song lyrics and get everyone to sing Christmas carols with her, some in English, then in Polish. There’d be more singing later, when the two of us — the only night owls in the bunch — would go to Midnight Mass at her favorite church. She was American, but fluent in Polish, so she had no problem understanding the mass, as well as the Polish Christmas carols. I did have trouble understanding, but found the mass beautiful regardless; I was with my grandma, and that’s all that mattered. 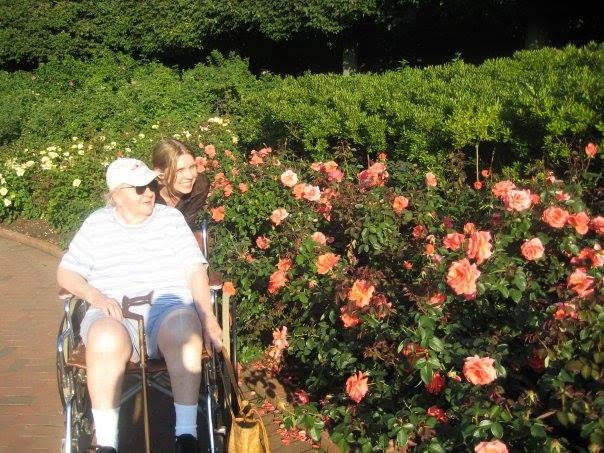 The first Christmas Eve without her, I didn’t know what to do. I could go spend it with friends in L.A. — “It’s good to be around people while grieving,” more than one person had told me — or with my boyfriend and grandma’s spirit in Chicago. I chose the latter and ended up spending Christmas Eve in her favorite Polish church. I went to Midnight Mass. As people sang carols, I swallowed tears. My boyfriend was with me — he’d volunteered to go — but a few minutes in, he looked at his watch, said he was “bored,” and said he was leaving. Leaving. (Shortly thereafter, I left him.) So then I was truly alone… and hated it.

Without my grandma, I didn’t know where I belonged. I’d spent most of my adult life in L.A. and had countless friends there, but had spent the last year-and-a-half in Chicago with my grandma. For years before this, too, I’d constantly fly from L.A. to Chicago to see her. So, now what? I certainly didn’t want to stay in Chicago, reminders of her at every turn, from the Walgreens where I’d buy her Werther’s Original caramels to the non-stop ambulance sirens that I heard all over the city, day and night. She’d died in an ambulance, so I could no longer stand the sight or sound of them. I also didn’t want to go back to L.A. yet — I knew there’d be lots of ambulance sirens there, too. So I let fate help me decide. Someone in a women’s Facebook group posted that a woman needed a goat-sitter (yes, a goat-sitter) in the Swiss Alps — nothing but quiet and mountains around. While I certainly was a city girl, not a farm one, I had pet-sit a lot in L.A. — for dogs, cats, lizards, hamsters, you name it — and how different could goats be from dogs and other animals? About a week after Christmas, I was willing to find out and bought a one-way ticket to Switzerland.

Well, it turned out goats were a LOT different than any other animal I’d ever sat, but moving to Switzerland accomplished my mission: To grieve in silence, without ambulance sirens continually reminding me her. When I wasn’t with the goats, I’d take walks through the quiet Swiss streets, day and night, the only sound being the snow beneath my boots that sounded like I was walking on crunchy fall leaves. I’d do a combination of things as I walked: cry, talk to my grandma about my day with the goats (“one ate too much hay, but the other hit me in the thigh with his horns — again”), or laugh while imagining her reaction to the news that I was watching ill-behaved goats in freezing cold weather in the middle of nowhere in Switzerland. After a couple weeks (12 days, to be exact), I ended my relationship with the goats, but continued my relationship with grief. Since I was a remote writer anyway, I decided to keep living abroad, my very own version of what my friend Alex calls “travel therapy,” and it’s been working — for almost two years now, and counting. My grandma had always been a big traveler, so in a strange way, I feel I’m living her legacy. 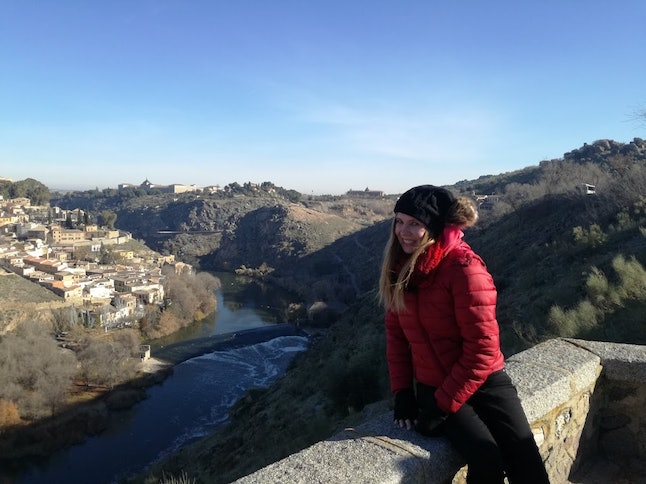 Not a day goes by where I don’t think of her; no matter where I am in the world, I light a candle for her at every church I see. I also get signs from her every day — such as seeing a heart shape appear in my cup of coffee when I happen to have her brand-of-choice that day (Taster’s Choice). On holidays or special occasions, I make sure I do something that honors her. In Sydney, Australia, a place she’d always wanted to visit but never had, I had a birthday celebration for her on the beach. I bought her favorite lemon tart at a bakery and wrote her a letter about all the wonderful things she taught me. In Warsaw, Poland on Easter, I made a lamb-shaped pound cake like the one she’d make each year when I was growing up. And, for Christmas, it’s always going to Midnight Mass at a Polish church, no matter where I am. I sit there, alone, inhaling the incense and listening to Busia’s favorite carols being sung as I look at all the Christmas decorations and poinsettia plants surrounding the altar. Although it’s still not “the most wonderful time of the year” for me around my grandma’s favorite holiday, knowing she’s with me during my travel therapy is wonderful and definitely helps me feel less alone.

After mass, I light a candle for her and remove a tiny piece of opłatek from an envelope, an old Christmas card she’d once sent me that I carry around. I wish her a healthy year ahead, up above, and I imagine her asking me if I’m thriving — or just surviving. I’m happy to tell her that I’m thriving, or at least trying my best to.