David Harbour took off a significant amount of weight for season 4 of Stranger Things, but the journey wasn’t exactly an easy one.

Final Battle for Hawkins! Everything to Know About ‘Stranger Things’ Season 5

“I lost about 80 pounds from season 3 — I was about 270 [then], and when we shot [season 4​​​​​​] I was around 190,” the actor, 47, told British GQ in an interview published Monday, July 4, adding how intermittent fasting and Pilates helped him shed the weight in eight months. 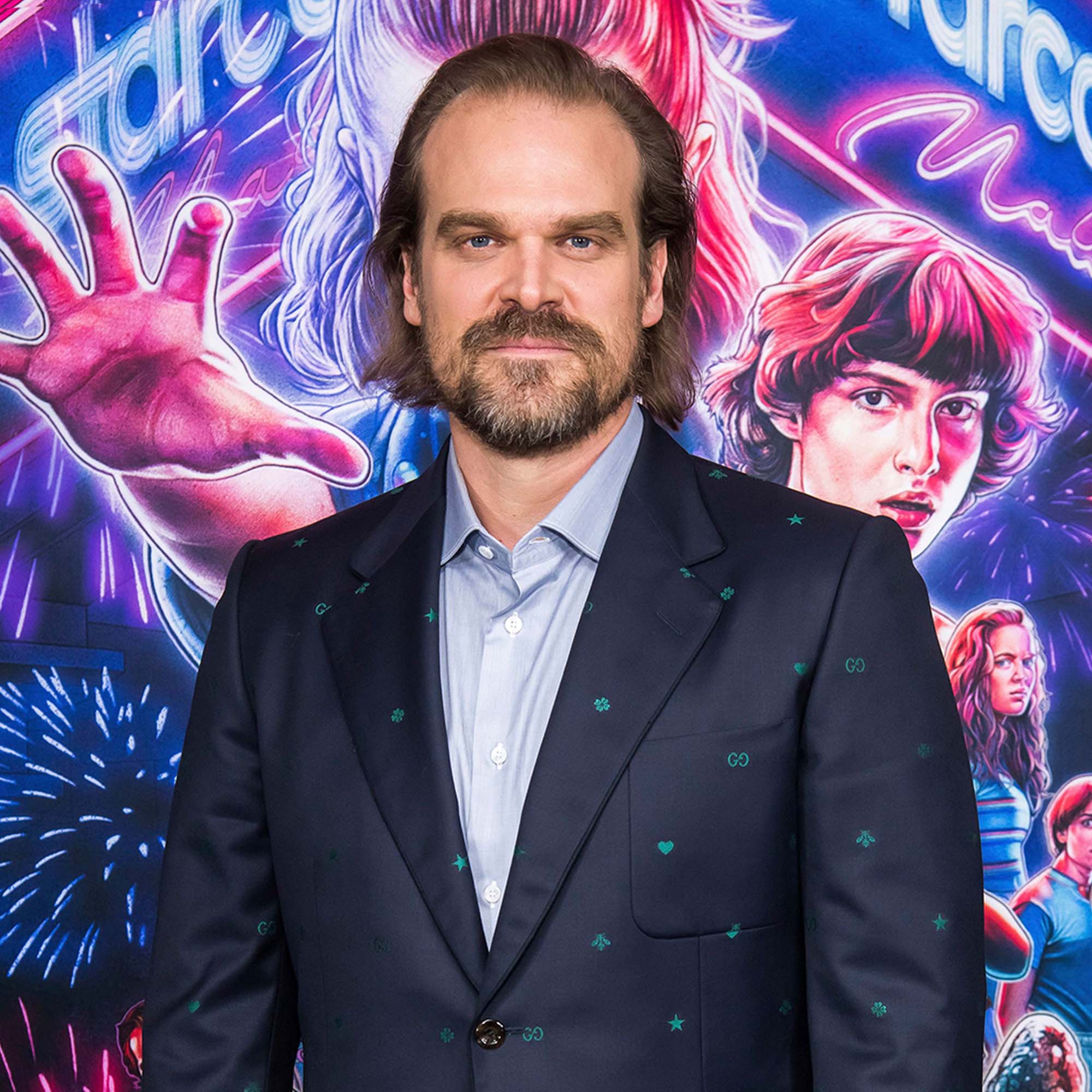 “I don’t think I’ll ever do that again,” the Black Widow star confessed. “I have this Santa Claus movie [Violent Night] coming out for Universal in December and I gained [it all back]. But now, yeah, never again. The prosthetics are too good.”

Harbour plays Chief Jim Hopper on the popular Netflix series. For the fourth season, his character is locked up in a Soviet gulag, having survived an explosion at the end of season 3. The Newsroom actor wanted to realistically portray Hopper’s expected physique after spending months at the gulag, which was filmed on location at an ex-Nazi prison in Lithuania.

In addition to dropping the weight, Harbour tapped into his deepest fears of imprisonment for the most accurate portrayal.

Love in the Upside Down! Joyce and Hopper’s ‘Stranger Things’ Timeline

“I often have dreams of going to prison,” the New York native told the outlet. “I know Freud has some kind of interpretation of that. But [whether it’s] artistically, or relationship-wise, or a lack of funds. Imprisonment is always my biggest fear.”

The Suicide Squad actor also discussed failure as one of the biggest fears he’s faced. Following the massive success of Stranger Things, Harbour was tapped to play the titular demon in Hellboy — a reboot of Guillermo del Toro’s adaptations, which were already hugely popular. The 2019 flick tanked at the box office and was panned by critics.

Everything We Know About the Upcoming ‘Stranger Things’ Spinoff

“It was a very difficult experience because I wanted a lot out of it. I really like [Mike Mignola, Hellboy creator], I like that character,” he shared. “And then immediately when it began, even when it was announced, I realized that people did not want that character reinvented. I was very naive and optimistic about what we were going to do.”

The Emmy nominated actor added that when the film was released in theaters, he knew it was going to bomb. That’s when he called Ryan Reynolds.

“I know him a little bit. I called him and I was like, ‘Hey man, I just need to know something,’” he revealed. “‘You know Green Lantern? Huge flop for you. What the f–k is that like, because I think I’m going to hit that right now. Am I gonna be ok? Am I gonna survive this?’”

Reynolds, for his part, was “sweet” about it, granting the comfort Harbour needed at the time.

As for the success of Stranger Things, the Q-Force actor has nothing to worry about. According to Netflix, the first part of season 4 had the largest English-language TV opening ever. Volume 2 was just as big a hit, apparently crashing the streaming giant on Friday, July 1, upon its release, per Variety.

It’s currently unclear when season 5 — the final season of the series — will air as filming has not yet begun.