When First Nations author, academic and art critic Tyson Yunkaporta was first approached by Sydney Symphony Orchestra chief conductor Simone Young to write text to accompany an upcoming performance of Beethoven’s opera Fidelio he thought it was a “ridiculous idea”.

In fact, Yunkaporta, author of Sand Talk: How Indigenous Thinking Can Save The World, insists he doesn’t even like music much. 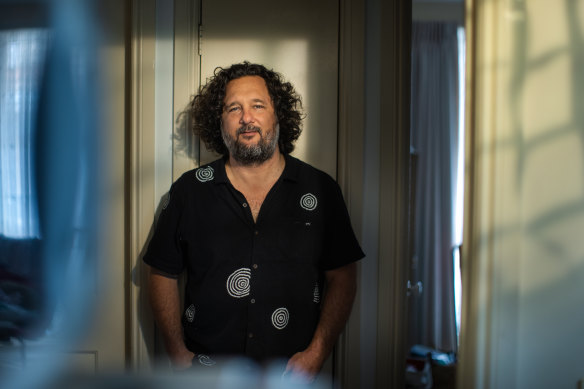 Tyson Yunkaporta says his collaboration with Simone Young is the most exciting thing he has done.Credit:Simon Schluter

“I’m hearing impaired. I was completely deaf as a kid, so I missed all the music part that weaves into your cognition. I don’t particularly like music. I don’t really get it.”

But when he mentioned to his wife, who has music training, that he was going to “brush off” the project, she insisted he take another look. 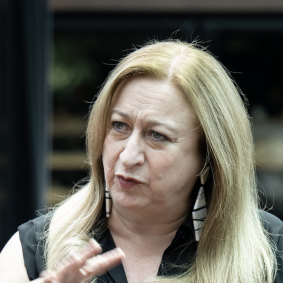 Yunkaporta and Young, one of the world’s foremost interpreters of Fidelio, clicked as soon as they met. Young then set about opening Yunkaporta’s eyes and ears to Beethoven’s only opera.

“We just hit it off,” Yunkaporta says in the program for the concert. “I imagine working with Simone was a bit like seeing colours for the first time. It was like braille for music. She just painted me this picture of not just the opera but the man, and the time, and the history, and the through line to now.”

Fidelio tells the story of Florestan, a political prisoner languishing in jail. His wife, Leonore, disguises herself as a man to get into the prison and rescue her husband.

On one level it is a classic love story, but Beethoven also explores wider themes of state oppression and the abuse of power. It was this aspect in particular that resonated once Yunkaporta began examining the work.

“There were a lot of resonances with many of the themes I’ve been exploring and writing and talking about,” says Yunkaporta, who has been investigating the “dark money” behind the invisible powers structures of the world, particularly related to the rise of alt-right libertarian thinking.

“I’m interested in dark sites where people get ‘disappeared’, too,” he says, drawing obvious parallels with the story of Fidelio.

Under Young’s guidance, Yunkaporta has written five texts to insert into the opera.

“She’d say, ‘That’s too much oboe. I need more french horn’,” he says. “Then I would go to my partner and she would translate what the hell that means. I’d have to shift the tone for a piece if it was a bit too didactic or too heavy.”

And while the texts are inevitably and necessarily informed by Yunkaporta’s First Nations heritage, he says there is nothing heavy-handed about them.

So, after all his initial scepticism, how does he feel now on the eve of the first performance?

“I’m over the moon,” he says. “It’s turning out to be the most exciting thing I’ve ever done.”