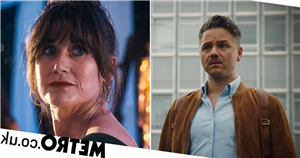 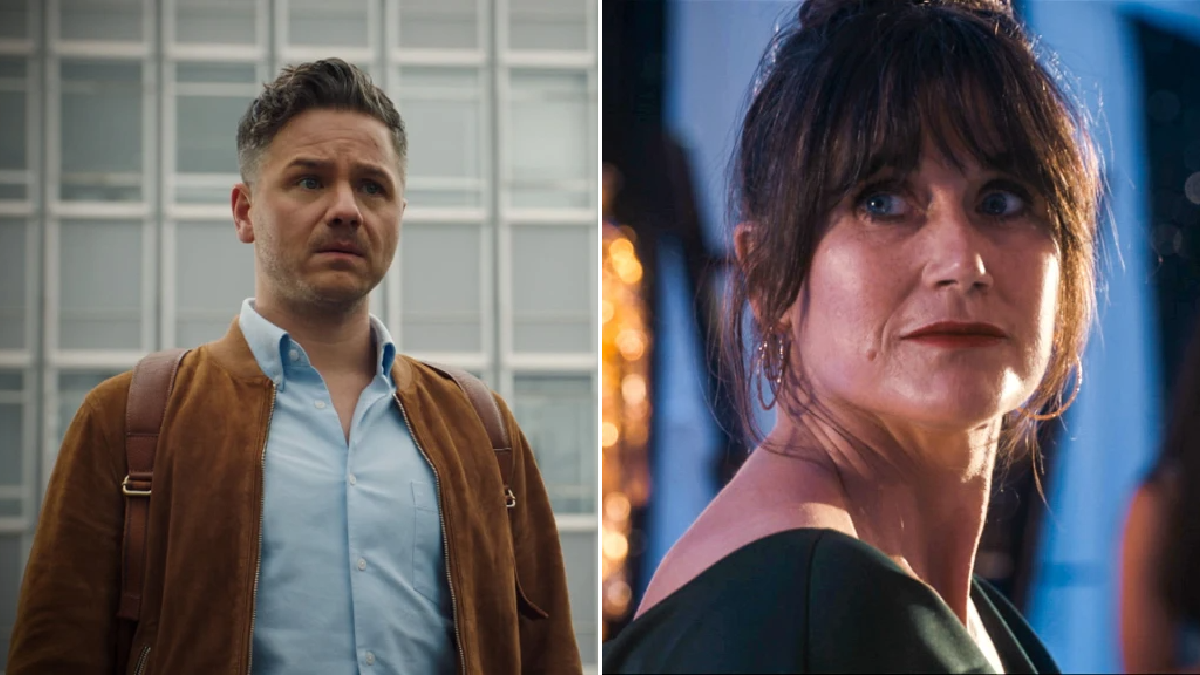 For the majority of his life, Dom was led to believe Carole was his biological mother.

But when Ange arrived at Holby City, Dom’s life turned upside down when he discovered Ange actually gave birth to him.

Ange is a doctor leading the AAU department, but she’s also a mum to young twins and planning her wedding with Josh (Trieve Blackwood-Cambridge) – who only recently revealed his eating disorder to his partner.

While Ange is very consumed by her busy lifestyle, it sometimes leaves Dom feeling isolated.

Fortunately, as Dawn Steele and David Ames recently told us, things start to get a little easier for this mother/son duo before the last credits role.

‘Their relationship moves on and it has a positive ending’, Dawn revealed.

David agreed: ‘What’s wonderful is Dawn and I, our relationship on the show has been tumultuous the whole time and what’s wonderful is we’ve never just tied it off nicely and gone, “they’re mother and son now and that’s okay.” It shows that life isn’t black and white. You have ups and downs, you feel like you don’t belong, you think you know someone then you think you don’t.

‘Again, I think that’s great writing and choices by the producers and choices by us to play it in a certain way whereby it stays ambiguous for a while. You don’t quite know what’s going to happen next because that’s life, really.’

‘There’s so much to explore in that relationship’, Dawn adds.

‘I came in specifically to play David’s mother and to upset that whole thing with Carole. Carole had been in it for years so Ange coming in was a real big shock for Dom. Over the three and a half years I’ve been here I feel like we’ve explored it. It’s been really fun to do. We always get really great scenes together, we act well together, we get on really well together.

‘And I feel like it’s come to, not a conclusion but it’s a happy moving forward feeling with it. So, it’s been really lovely.’