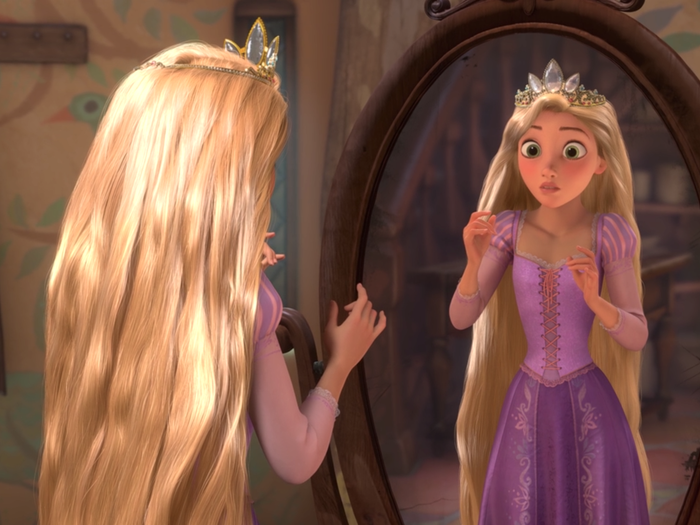 Disney princesses are often known for their stunning dresses and happily-ever-after stories — but their accessories are just as impressive.

In November, insurance experts from Money.co.uk teamed up with David Allen of Purely Diamonds to complete the Kingdom of Jewels study. Through their findings, they were able to estimate how much Cinderella's glass slippers cost, determine what gems might be featured in Rapunzel's crown, and more.

From Snow White's silk bow to Tiana's pricey necklace, here's how much famous jewels from Disney movies could cost in real life.

Snow White wears a red bow throughout much of her 1938 movie. 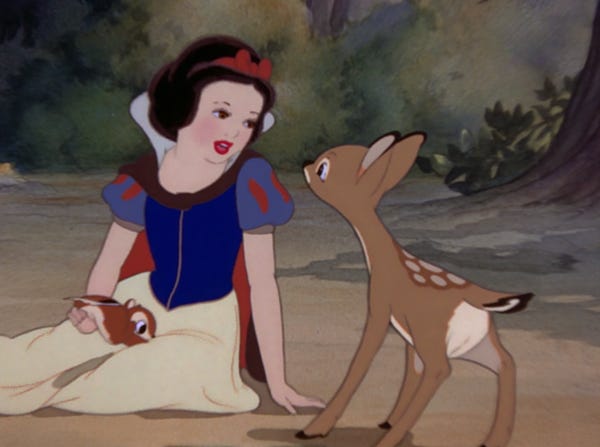 It perfectly matches her signature red cape and yellow-and-blue dress.

According to the Kingdom of Jewels study, her hair accessory would probably cost around $87 (£65) today. 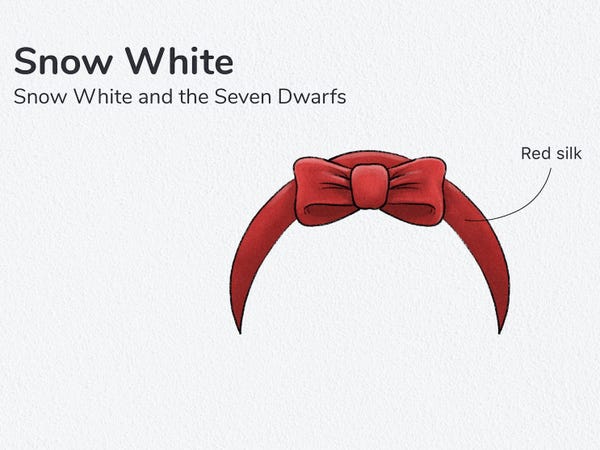 Experts who worked on the study concluded that the princess likely would have worn the "best-quality" silk available at the time.

Moana is known to wear a blue necklace that she received as a gift from her grandmother. 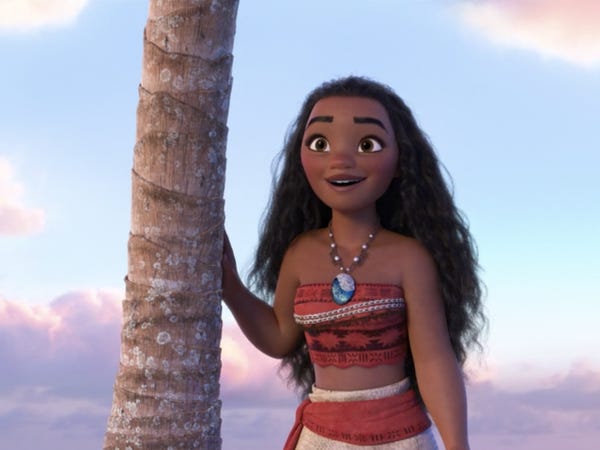 The necklace stores the heart of Te Fiti — a glowing, green gem that once belonged to a goddess of the same name. 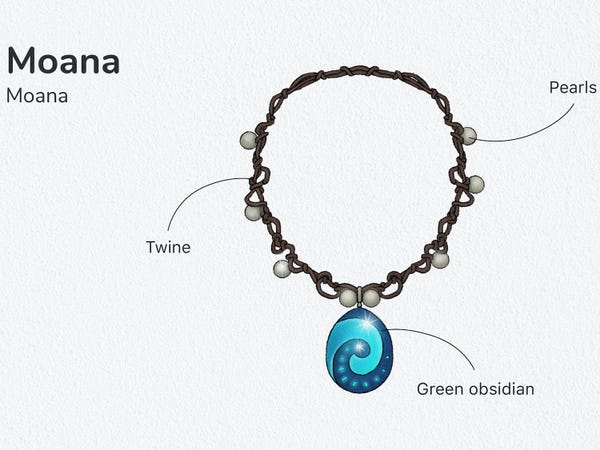 Allen and Money.co.uk noted that Moana's necklace is seemingly made from twine, pearls, and green obsidian.

"Given the fact that these are naturally formed gems, you could be lucky and find them for free," they wrote in the Kingdom of Jewels study. "Otherwise, a similar necklace would cost around $1,269.53 (£950) in today's market."

Mulan's family gives her numerous accessories before she meets with a matchmaker. 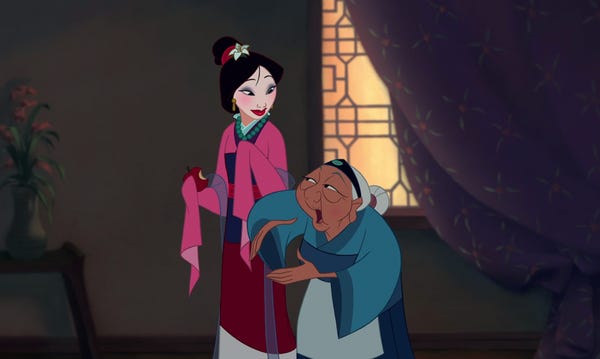 Her mother gives her gold earrings and a floral hair clip, while her grandmother places jade beads around her neck "for beauty."

If her accessories actually existed, they'd probably be valued at around $2,216. 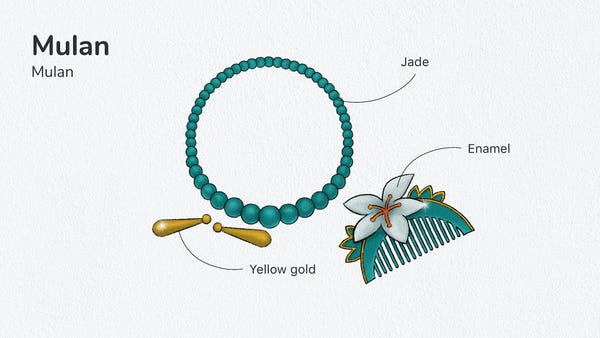 "Mulan is seen wearing a classic pair of gold drop earrings, a style which is still popular today," Money.co.uk wrote. "Our jewelry expert estimates a similar pair would cost in the region of $1,343.26 (£1,000)."

The website added that her jade necklace appears to feature approximately "200 carats of the bright green gemstone" and would therefore cost "around $537.31 (£400)." Her hair comb, likely made from a similar material, is valued at around $335.82 (£250), according to the Kingdom of Jewels study. 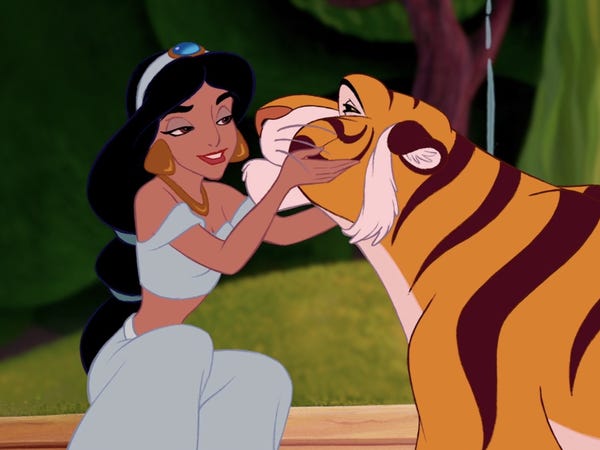 Throughout most of the film, she wears blue pants, an off-the-shoulder crop top, and a blue headband with an oval-shaped crystal in the middle. Jasmine also accessorizes with triangular earrings and a gold necklace.

According to the Kingdom of Jewels study, her signature pieces could be valued at around $7,382. 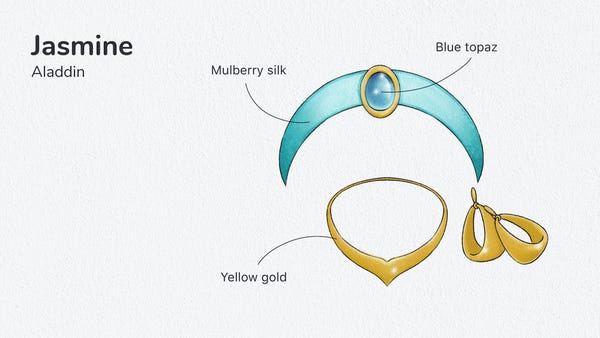 With the help of her fairy godmother, Cinderella wears glass slippers and standout earrings to the royal ball. 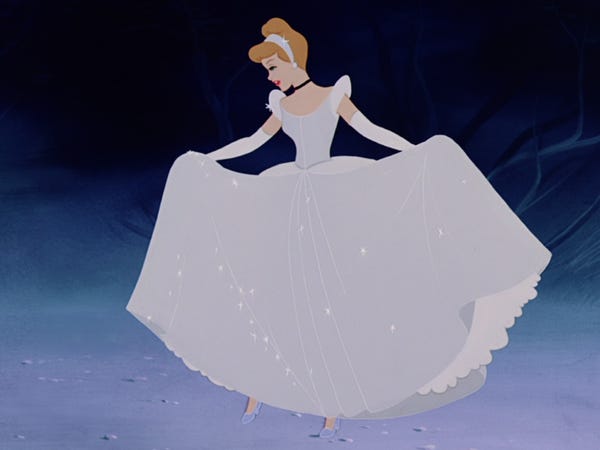 Her accessories would be pretty pricey in real life. 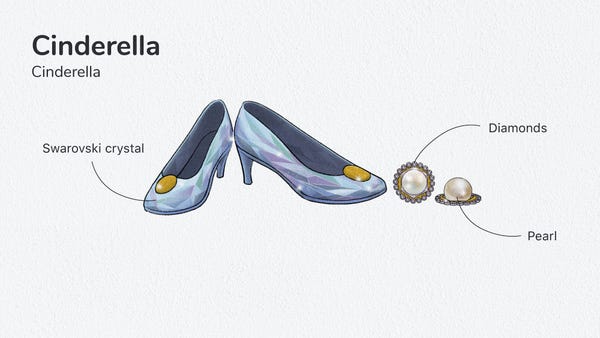 Talking about the glass slippers specifically, Allen and Money.Co.UK noted that "Swarovski made the dazzlers for the live-action remake," so by using that as a guide, they estimated that the shoes could be valued around $53,689.60 (£40,000).

Cinderella also wears "a pair of luscious pearl earrings in the animated film," though her later appearance in "Ralph Breaks the Internet" includes "the addition of diamonds," as noted by the study.

Princess Tiana's green jewelry stands out from the accessories of other princesses. 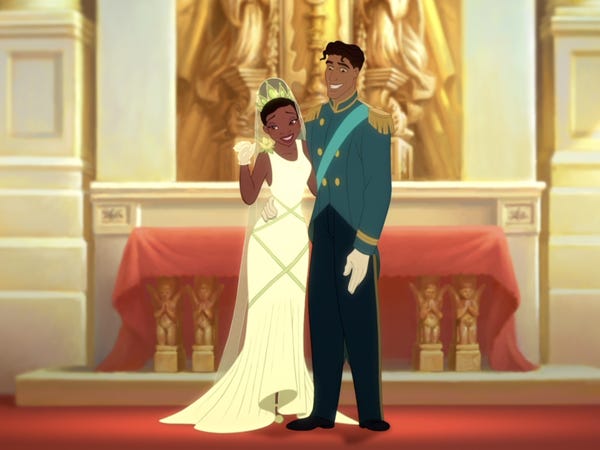 She wears a green necklace after becoming human again, and a similar tiara on her wedding day. 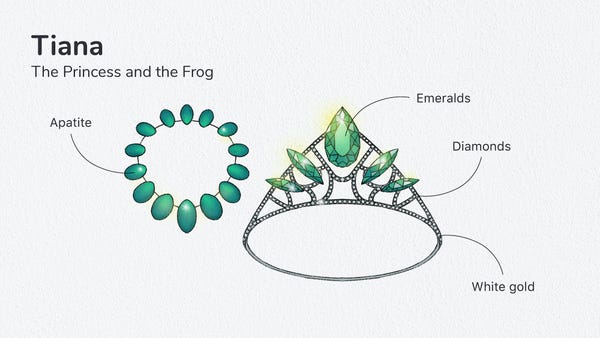 The Kingdom of Jewels study determined that her green necklace is likely made of apatite, and could have cost $335 (£250).

"Tiana's contemporary tiara is full of color, thanks to the emeralds in the leaf details – a nod to her time as a frog," the study continued. "With additional diamonds to add regality and sparkle, this white-gold tiara is likely to cost in the region of $133,965.50 (£100,000)."

Rapunzel has one of the most colorful crowns in the Disney universe. 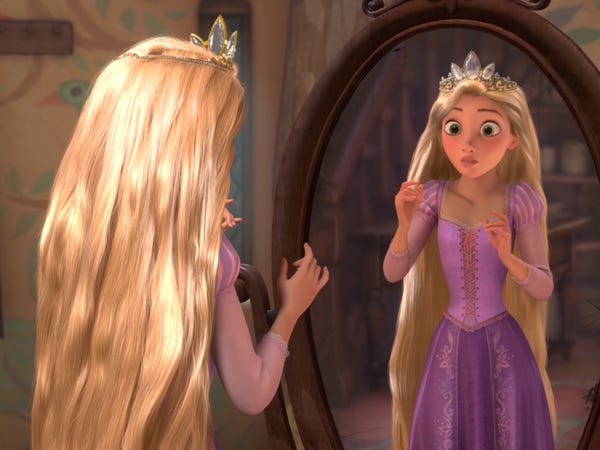 Though the crown was taken by Flynn Rider, it actually belonged to Rapunzel since she was a child.

It's also one of the priciest, according to the Kingdom of Jewels study. 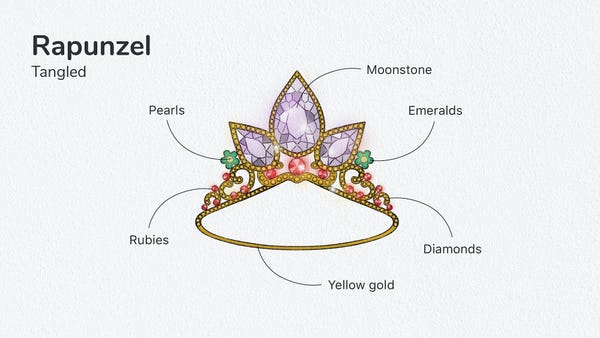 "At the helm of this tiara are three large opalescent moonstones weighing approximately 150 carats," the study said. "The base of the tiara is decorated with additional rubies, pearls, emeralds, and diamonds set in yellow gold."

Elsa wears a crown, carries a scepter, and holds an orb for her coronation ceremony. 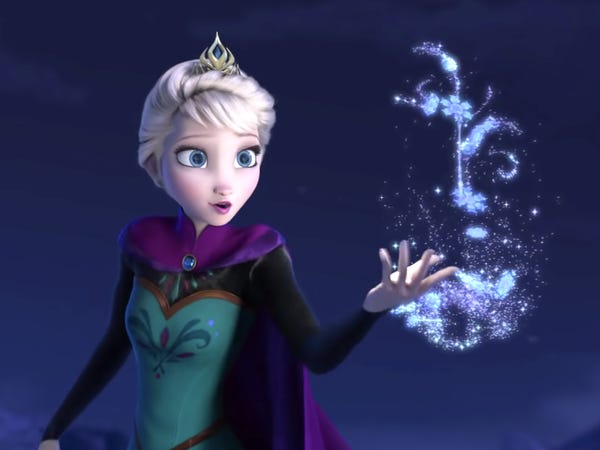 However, she only holds the latter two accessories for a short time, as she quickly starts to accidentally freeze them with her ice powers. 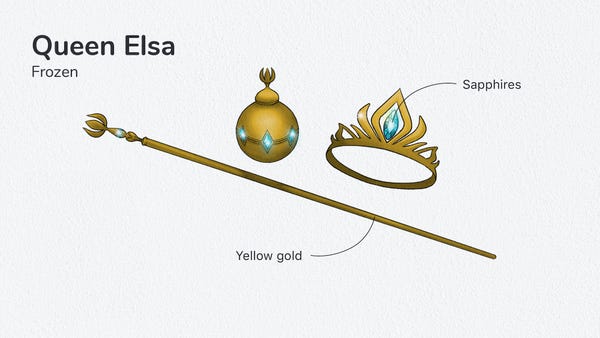 While the Kingdom of Jewels study estimates that her scepter — likely made from solid gold and five-carat sapphires — could cost approximately $107,013.60 (£80,000).