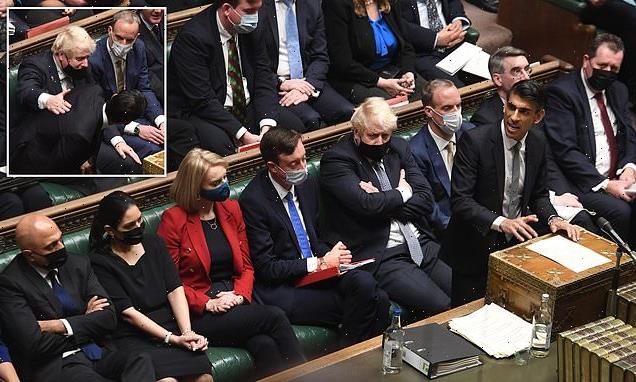 HENRY DEEDES: The sort of hell-for-leather spree a footballer’s wife might go on if her fella’s been caught in flagrante

As Rishi Sunak sat down to loud roars yesterday, row upon row of giddy eyeballs behind him began to bobble about in their sockets. Tory MPs were excited.

They rubbed their hands, they licked their chapped lips with undisguised glee. ‘More!’ they unisoned. ‘Moooorrrre!’

The Chancellor smiled bashfully and swatted away their adulation. It was as though some big cat dandy had just plonked himself down in a nightclub and announced the drinks were on him.

Rishi’s Budget turned out to be another wallet-busting spendathon. The sort of hell-for-leather spree a footballer’s wife might go on after her fella’s been caught in flagrante with another popsy.

More money for schools, more for transport, more for prisons… more, more, more! Heavens. So this is the sort of Big Spender Shirley Bassey warned us about. 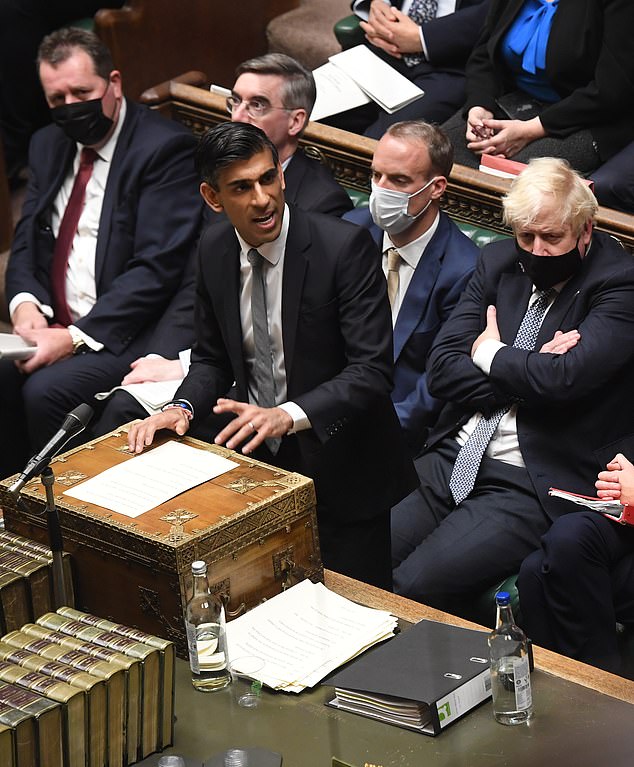 Splashing out: Rishi’s Budget turned out to be another wallet-busting spendathon. The sort of hell-for-leather spree a footballer’s wife might go on after her fella’s been caught in flagrante. Pictured: Rishi Sunak in Parliament yesterday

Will such profligacy jolt our economy from its post-Covid snooze? Who knows. But one thing’s for sure, it sent the wind right up his opponents. Wily Rishi hadn’t just stolen their clothes, but ransacked the entire wardrobe and paraded them all down Whitehall.

By the end, the opposition front bench simply sat in silence, arms folded. You could have been staring into a lifeless waiting room at a provincial train station.

For years they’ve demanded a Treasury splurge. And here it was being delivered, not by some bearded, wonky-specced old Trot, but by an ex-Goldman Sachs millionaire who wears £90 flip-flops. It just ain’t fair!

Mr Sunak spoke for just over 70 minutes. Originally we feared it would be far longer. He arrived carrying a speech as thick as a breeze block. Cue gasps of relief when we saw each page contained only about two dozen words.

Kick-off was delayed a few minutes while Deputy Speaker Dame Eleanor Laing issued the Government another rebuke over the amount of information leaked to the media. ‘Resign!’ yelled Labour MPs.

The Prime Minister wasn’t budging though. He shook his head and exhaled huffily in protest, a goofy mop of hair drooping over his face mask. ‘Ain’t done nuffink, yer honour.’ 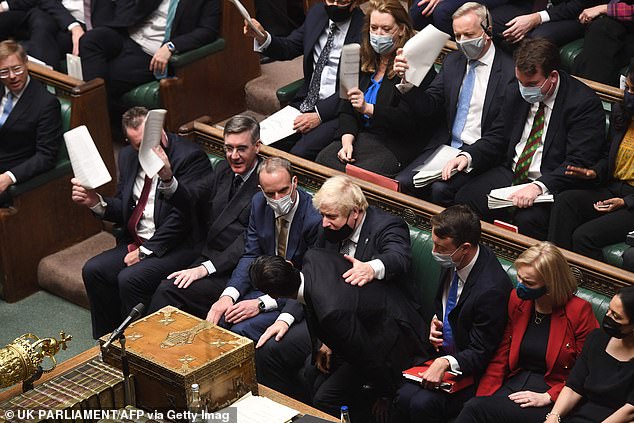 More money for schools, more for transport, more for prisons… more, more, more! Heavens. So this is the sort of Big Spender Shirley Bassey warned us about

Sunak’s opening remarks were met with a barrage of away fan noise clearly designed to put him off his stride. Yet he powered on regardless. It’s notable how much more oomph he gives his words than at his admittedly impressive debut two years ago. Incidentally, he’s sprouted a few grey hairs since then. Hardly surprising.

Soon he was into his groove and pinging off soundbites. He was building an economy ‘fit for a new age of optimism’, he said.

He described the Conservatives as the ‘true party of public services’. Loyal cheers erupted from PPS Andrew Griffith (Arundel and South Downs), an ex-Sky boss who radiates ministerial ambitions.

Not everything went down smoothly. A passage about green energy briefly sent us into a coma. Nor was an announcement that foreign aid would be restored met with much enthusiasm. With Rishi now asserting himself over the chamber, Labour’s benches had quietly slipped into stasis.

The only sign of energy came from shadow energy minister Ed Miliband who kept busily trying to feed response lines to shadow chancellor Rachel Reeves, drafted in after Sir Keir Starmer had been forced to isolate.

Loud cheers met changes on alcohol duty. Predictably not from the SNP. Och, they were moody.

A curious note to finish. After the shamelessly boosterist statement, there came a slight row back.

Rishi reminded everyone that it was not up to him to solve everyone’s problems. ‘Government has its limits,’ he said sombrely. He was committed to lower taxes. He wanted to reward work.

Was he discreetly trying to let us know this was more the Prime Minister’s Budget than his? Certainly one for Westminster’s mischief makers to chew over.

‘Not enough’ was Reeves’s predictable response. Quelle surprise. You could suck the vaults dry and Labour will still demand more spending. Still, she fared far better than her boss would have done. Even on one of his good days. Ms Reeves’ problem is her opponent never seems to have a bad one.